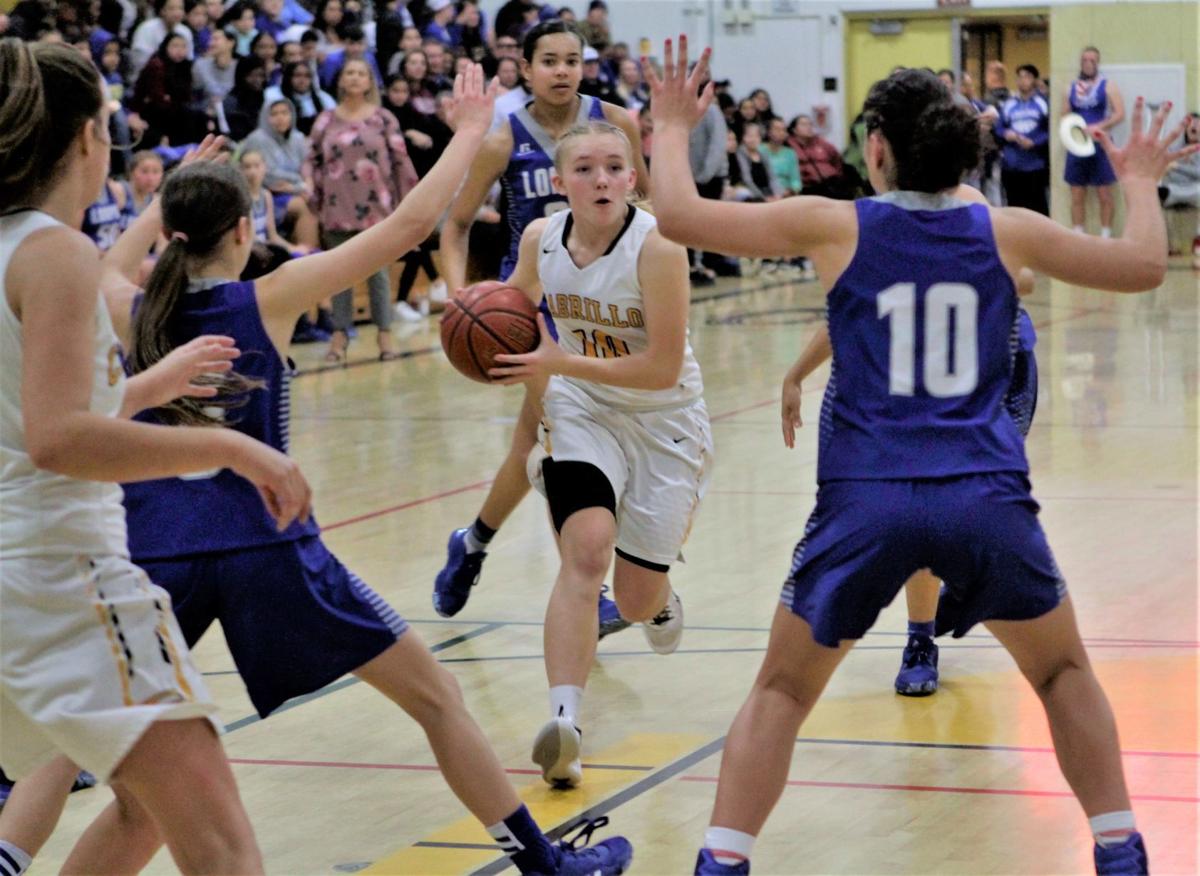 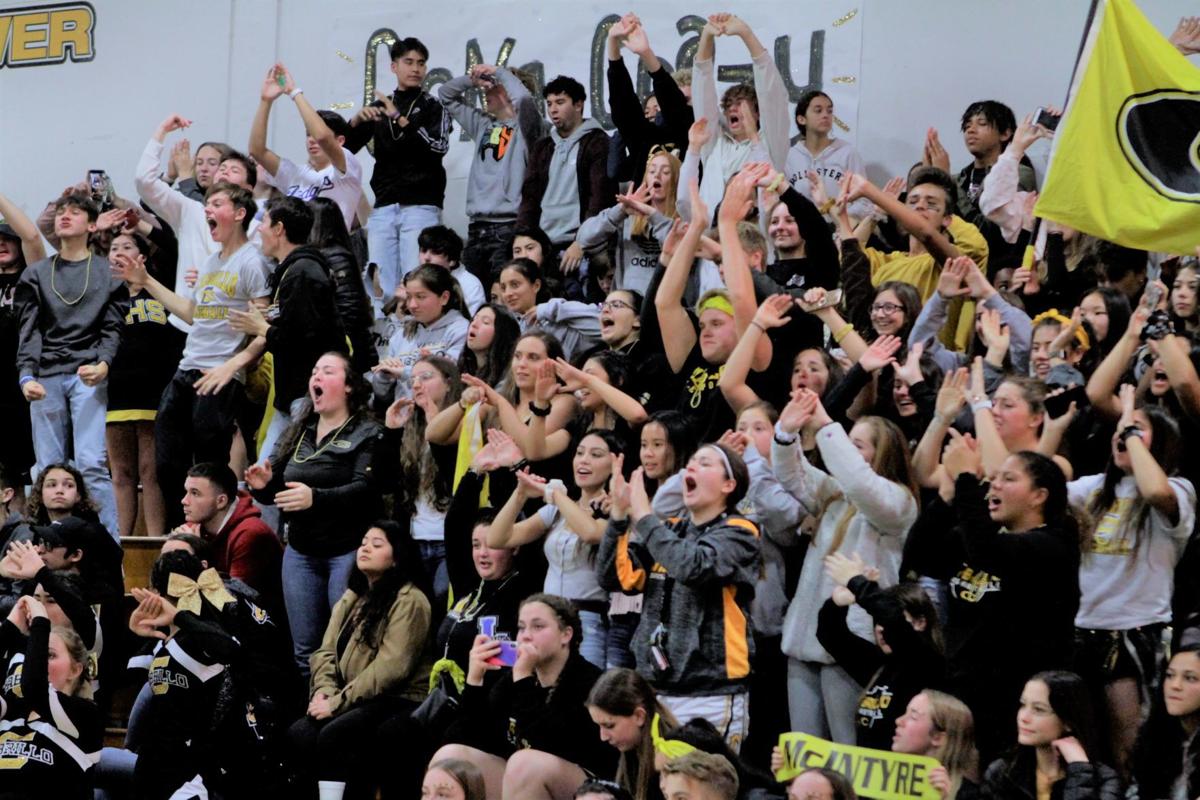 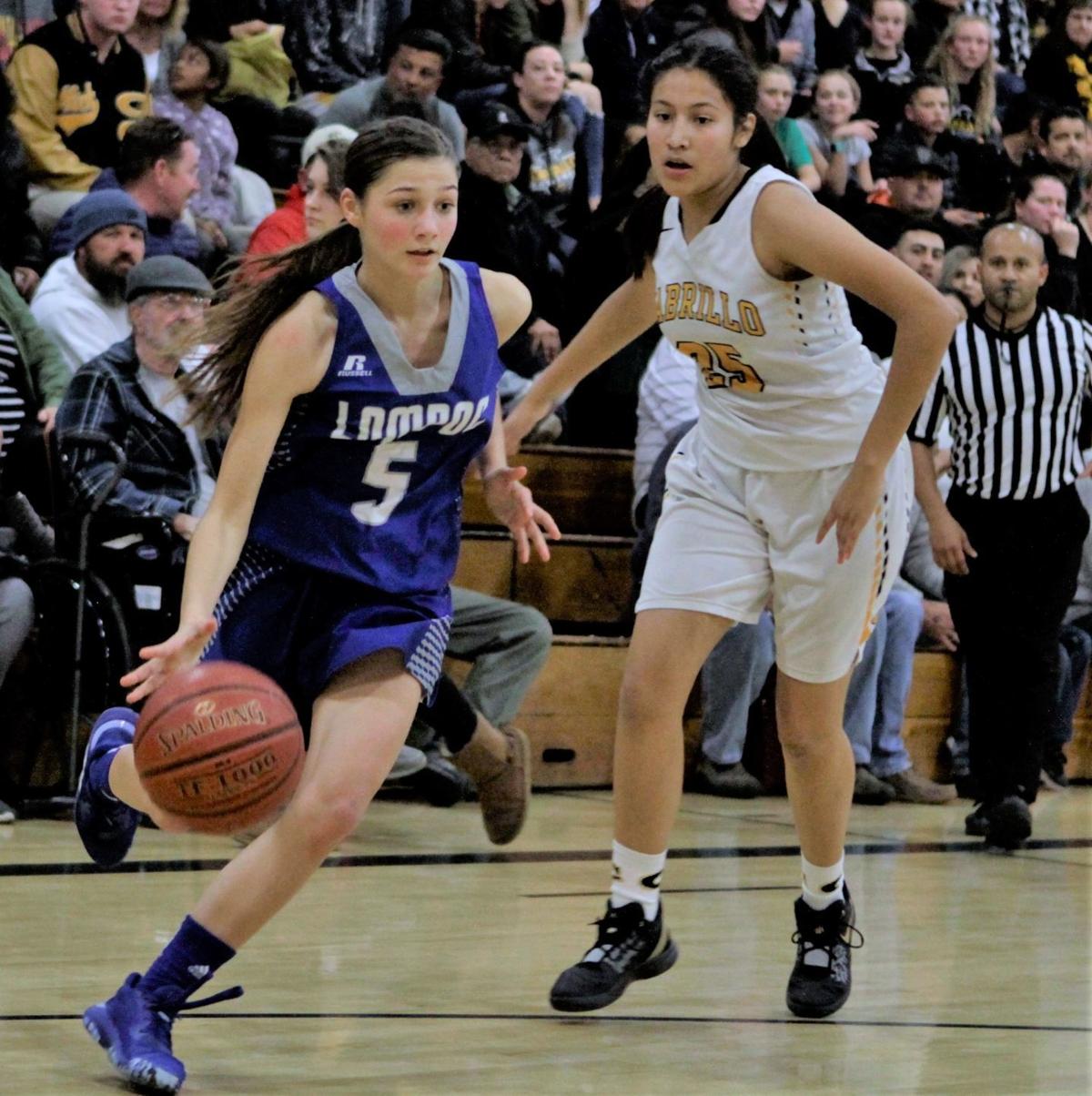 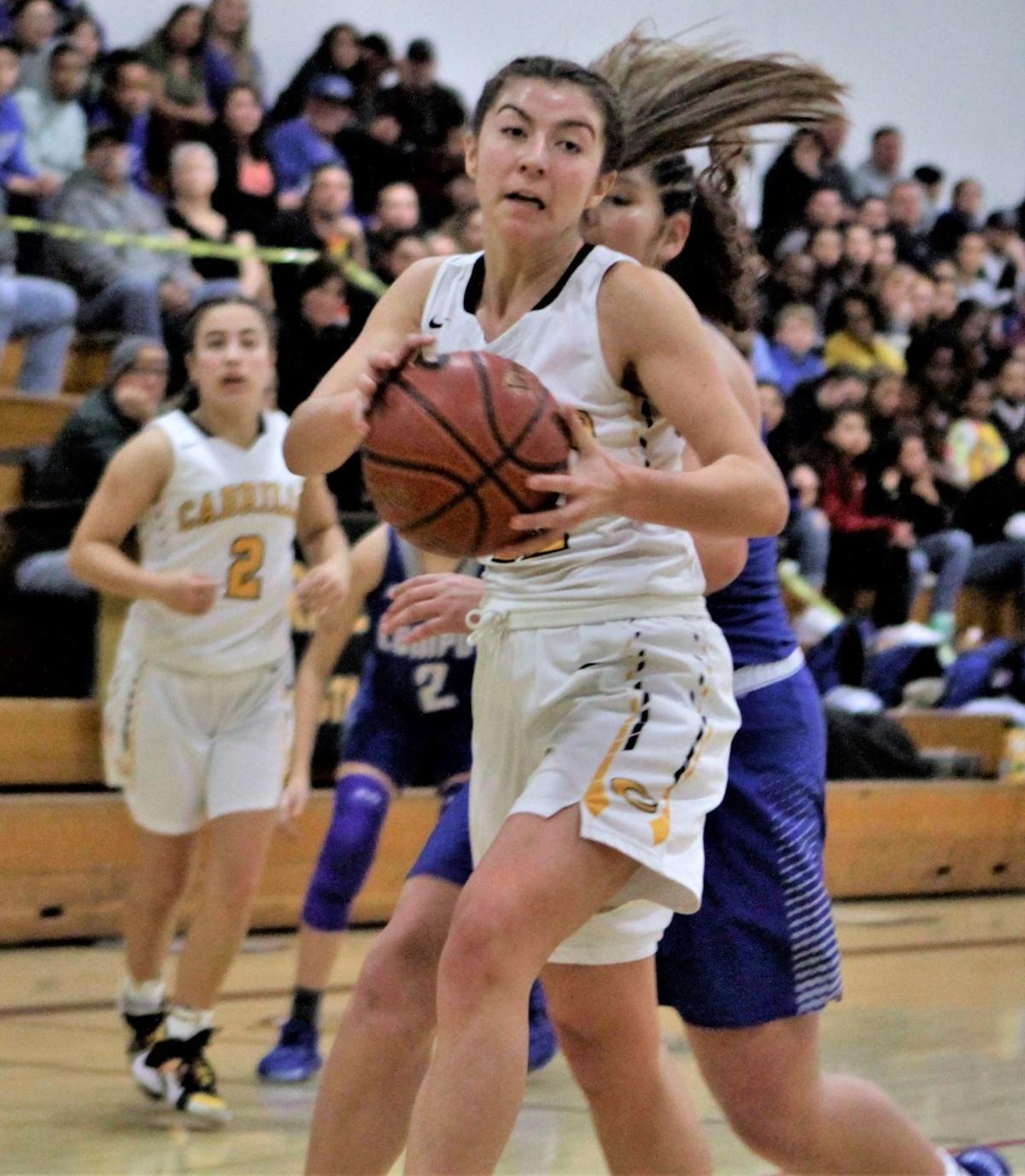 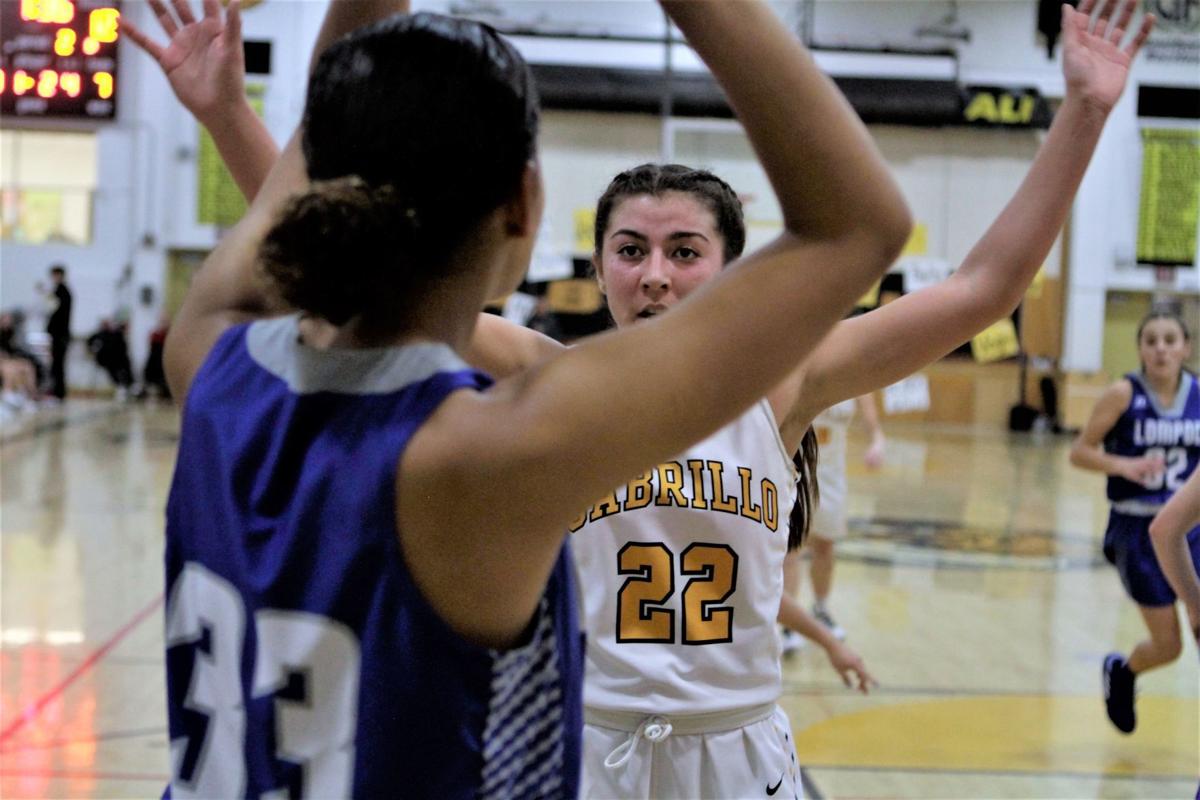 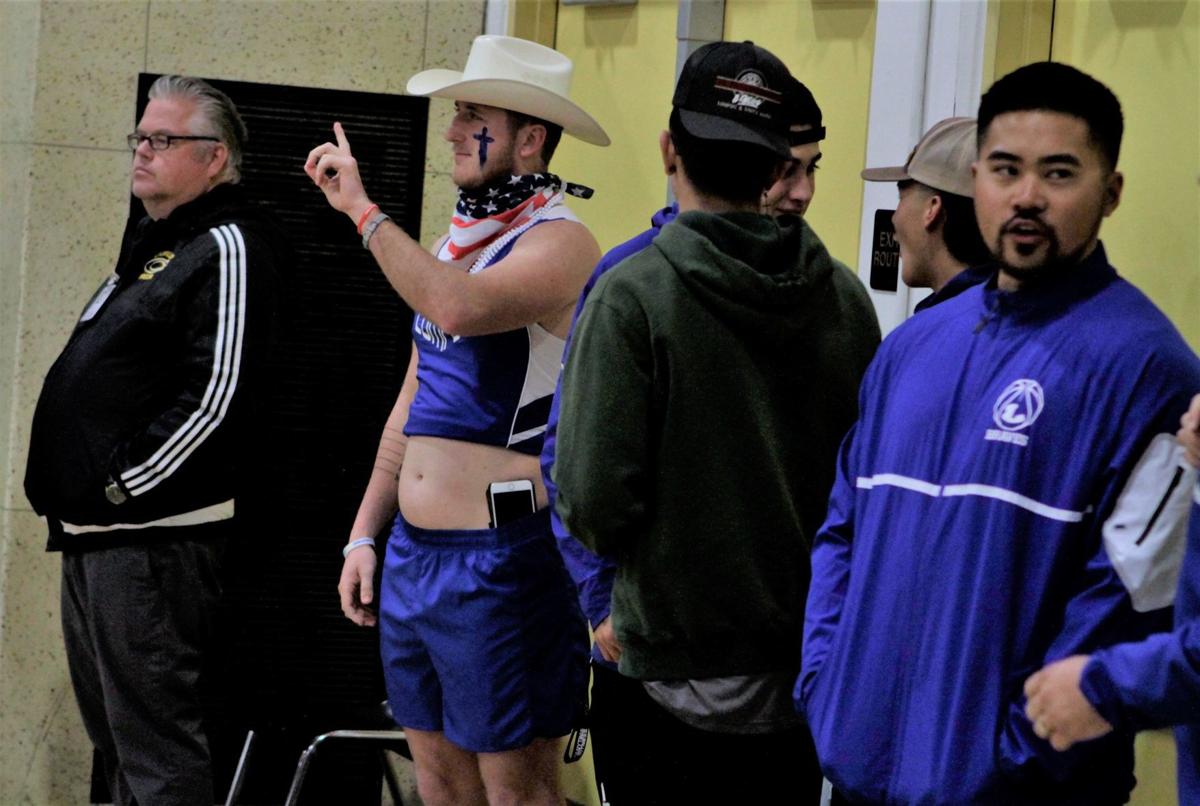 One column in the box score rarely tells the story of a game.

But, in this case, that one column reveals much about Friday night's game.

Cabrillo shot 36 free throws against Lompoc. The Conqs made 22 of them.

The rivalry is alive and well on the hardwood with Lompoc and Cabrillo. Braves lead Conqs 15-10 after one quarter. Collin Oesterich had a monster dunk for LHS. #santamariatimes pic.twitter.com/Hland7apBL

Jeremy Hicks works the offensive glass. Gets a putback and is fouled. Cabrillo up 46-43 with 3 minutes. Hicks shooting one. pic.twitter.com/AtvRoODIti

Reggie Orr puts @CabrilloConqs back in front 38-36 with a three. pic.twitter.com/XZCSGFYf5l

Lompoc, meanwhile, went to the foul line 24 times. The Braves made just three of those attempts, shooting an abysmal 12.5 %.

That was the difference in Cabrilllo's 41-27 win in the girls basketball game at Cabrillo's gym in Vandenberg Village.

Morgan McIntyre led Cabrillo with 11 points, going 5 for 11 from the line. Thea Reagan's nine points were huge. She went 5 for 5 from the charity stripe.

Cabrillo finished 9 for 33 from the field.

The Conquistadores improved to 9-8 on the season and moved their Channel League mark to 1-1 after falling to Dos Pueblos on Tuesday. Lompoc is now 6-11 and 1-1 in league as well.

Cabrillo used a suffocating full-court press defense for nearly every minute of the game, hounding the Braves and forcing turnovers.

"We've been pressing all season. We need to use the tools that we have and that's a lot of girls on the bench and we rotate them in and keep our fresh legs in," Cabrillo's first-year coach Travis Jenkins said. "We can press from tip-off to the final buzzer. It worked well tonight and I'm proud of the girls, they worked their tails off and that's what we're all about.

"As far as the free throws, we've been horrible from the line all season, so that's just a bonus right there."

Jenkins said it was special to beat Lompoc at CHS in his first game as the head coach after serving as an assistant for Jared McCune for years. Jenkins' daughter, senior Jesse, rang the historic bell after Friday's victory.

"It's fantastic. Claudia always has her girls ready to play, she has great schemes," the coach said. "She came out with a 1-3-1 (zone defense) and we weren't ready for that. We were preparing for a 3-2 and that 1-3-1 shook us in the first half. We hadn't seen it all season. We had to scheme up some things in the second half and I'm real proud of our girls having to learn on the fly."

Lompoc was led by Kayla Taylor who scored nine points. Taylor went 3 for 10 from the line. The rest of the Braves finished 0 for 14. The Braves entered the game on a wave of momentum after scoring an upset win over San Marcos on Tuesday, winning 52-45 over the team that entered the game 14-2 on the season.

But that momentum vanished with Friday's tough loss in a hostile atmosphere at Cabrillo.

"Free throws. You can't go 3 for 24 from the line and expect to win," Lompoc coach Claudia Terrones said afterward. "We actually made more shots than them."

The game was played in front of a standing-room-only gym in Vandenberg.

Cabrillo led 11-10 after the first quarter then scored four straight to start the second. Lompoc had long stretches of scoring droughts, going the first 5 1/2 minutes of the second without scoring a point.

Cabrillo led 19-16 at the half and led 28-18 at the start of the fourth quarter. Cabrillo led 40-23 with about two minutes left before Lompoc made the score a bit more respectable at the end.

After a 1-1 draw with Cabrillo on Tuesday, the Braves bounced back in a big way with a win at San Marcos Thursday.

Ayziah Simmons made he score sheet again with a pair of goals as Katie Guzman also found the back of the net for the Braves.

Eme Tate had an assist for the Braves.

"We had fantastic outings from freshman Sarah Gavilanes, Selena Garcia and Amy Bommersbach," Lompoc coach Jason Cochrane said. "Our pressure and our transitions game were on point tonight, and that led us to a lot of possession throughout the match."

The Braves will host Santa Barbara on Tuesday in another Channel League game.

The Lompoc-Cabrillo rivalry is alive and well in the Valley

It's almost always a good time when the Conqs and Braves meet.  After a lull in the fall sports season, the Lompoc-Cabrillo rivalry finally hit its stride last week. The Braves and Conquistadores squared off in a handful of matches and games throughout the week.