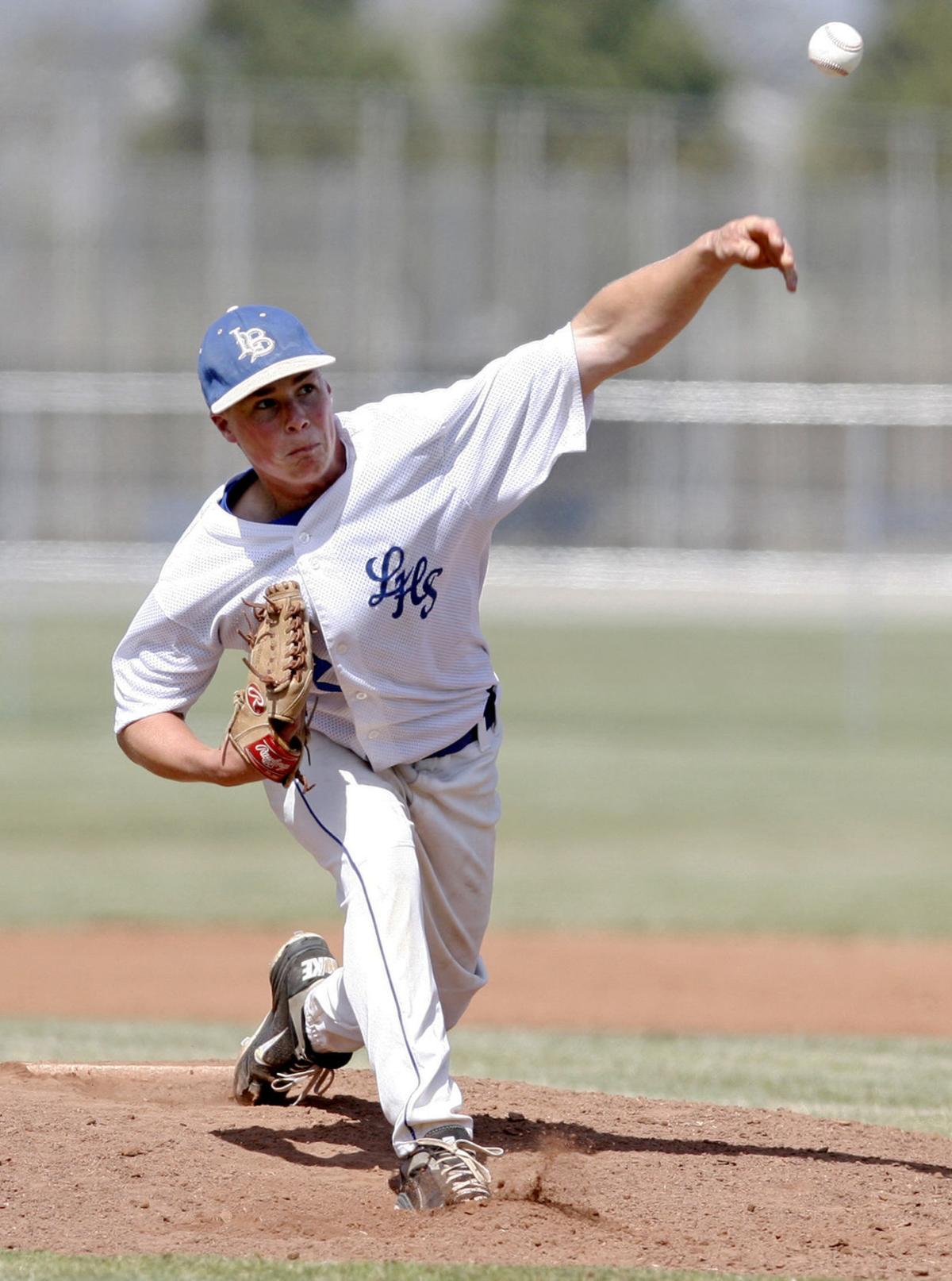 Lompoc High School pitcher Lucas Martin lets the ball fly in a 5-0 Braves win against Sultana High School to advance in the CIF Division 5 playoffs in 2012. 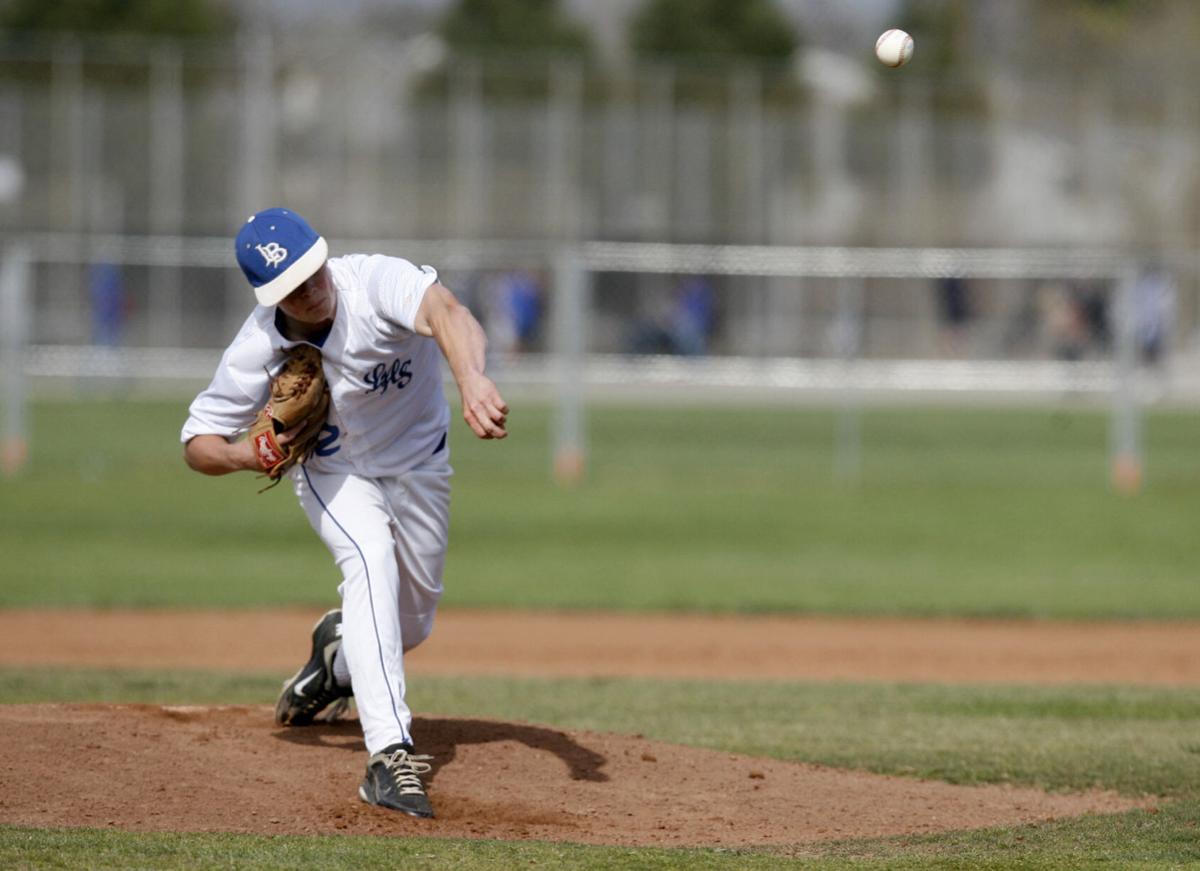 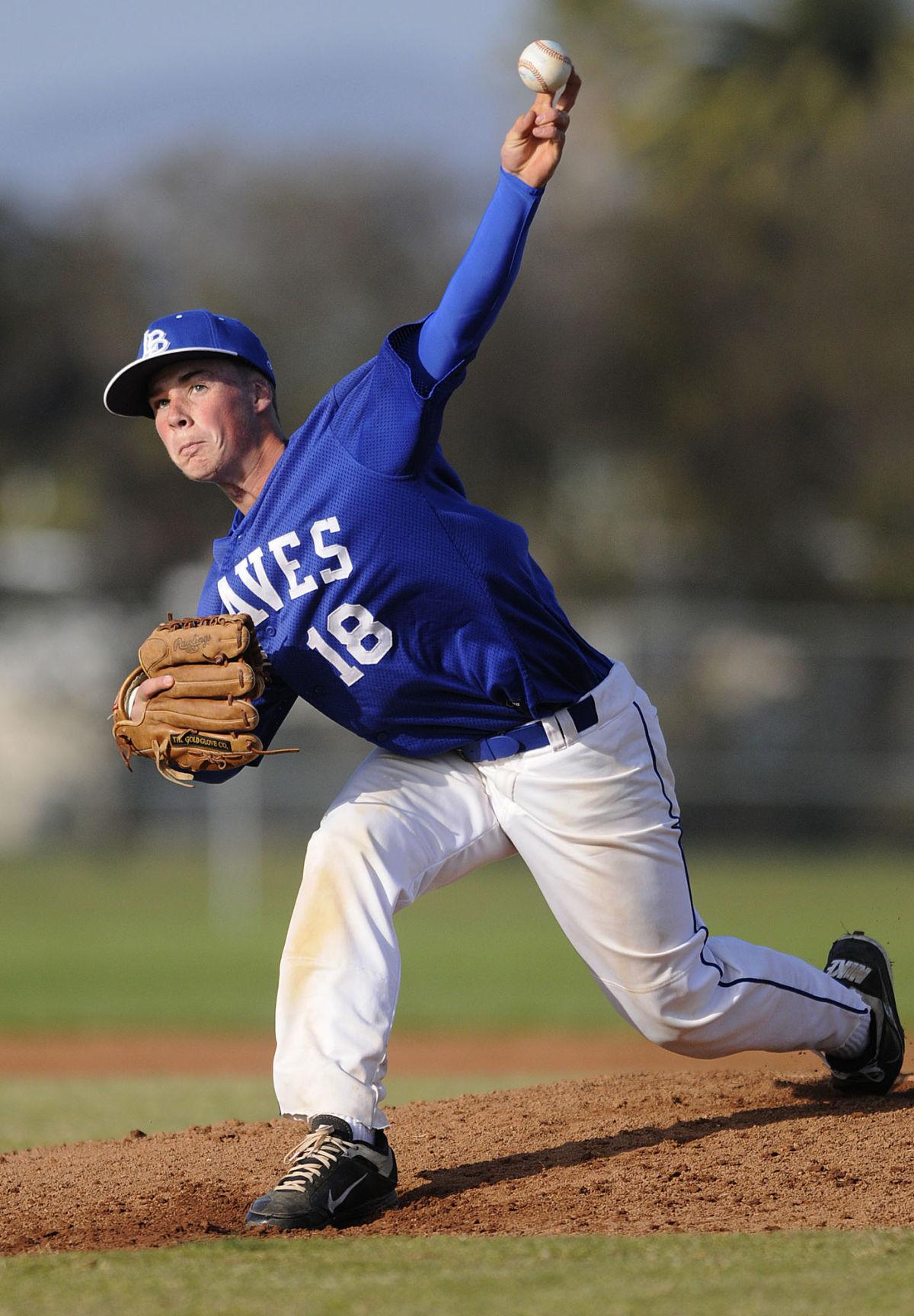 Lompoc’s Lucas Martin pitches against Righetti during a game in 2012. Martin threw seven shut-out innings with 12 strikeouts for the win. 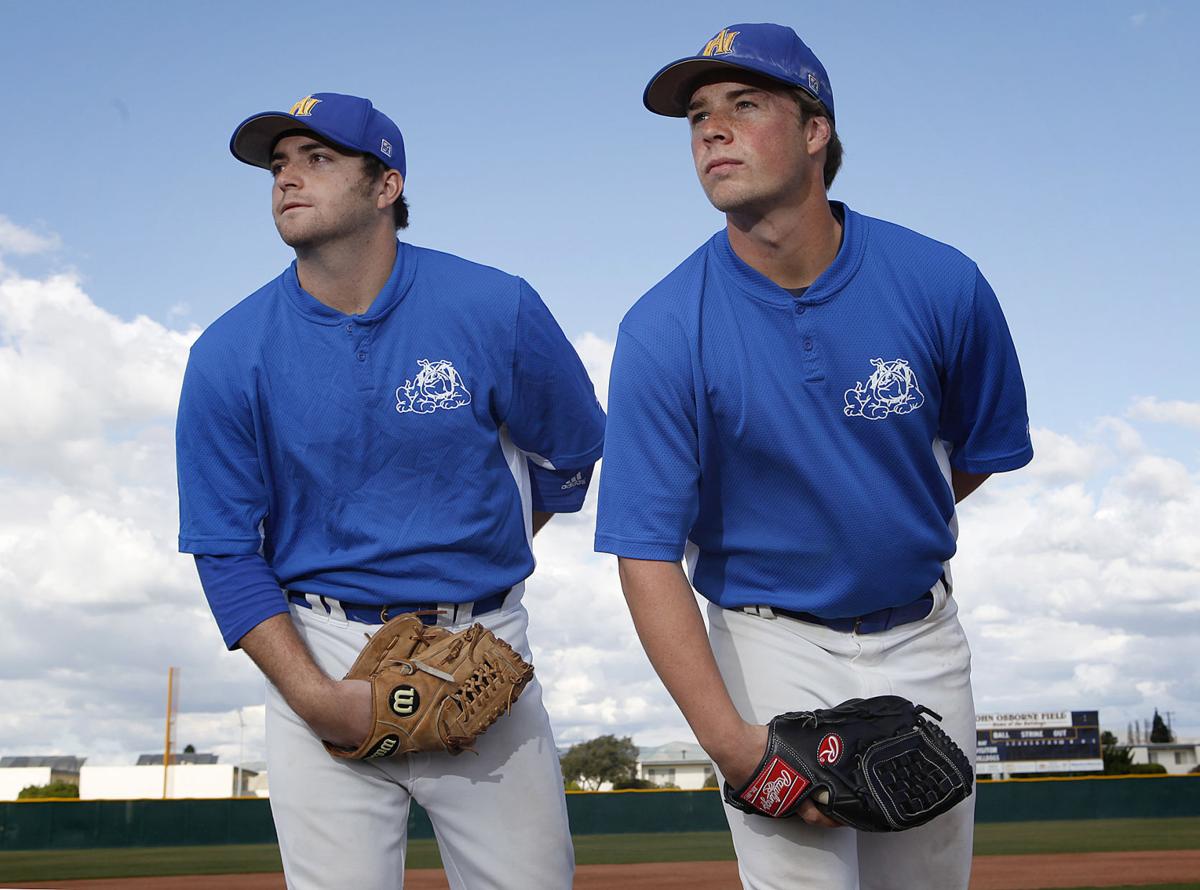 Some pitchers are born.

They're big and strong, intimidating figures on the mound.

Other pitchers are made.

Lucas Martin may not have been born to be a pitcher, but he definitely made himself into one.

As a senior at Lompoc High, he was listed at about 5-foot-8 and 150 pounds; definitely not the ace pitcher prototype.

But Martin did have one physical advantage to help him conquer the opposition: His left arm.

Martin used that arm to fool and befuddle opponents. Former Braves coach Jim Allen said Martin's fastball topped out at around 84 or 85 mph.

His off-speed offerings, however, were still unhittable. Martin dominated with pin-point control, a change-up and a curveball.

Though his fastball was in the low- to mid-80s, Martin still struck out well over a batting an inning, finishing the year with 122 Ks. He walked just 35 batters that season. He finished the year with four shutouts.

“He grew up a little bit on the mound,” Allen said back in 2012. “He was able to locate his fastball real well, mix in some off-speed stuff."

“I just grew a lot mentally during the season,” Martin told the Times after being named All-Area MVP in 2012. “I was able to mix my pitches better and get a better command of the strike zone.”

Martin, though, was able to overpower opponents at times, though he used his deceptive velocity to do it.

“He throws a little bit harder than what people give him credit for. His fastball’s probably 84, 85 miles per hour on a good day," Allen once said. "With that change-up and curve he has, he’s going to be just fine at the next level.”

Martin and Lompoc made the CIF Southern Section Division 5 title game in 2011. He then helped the Braves make it to the Division 5 semifinals in 2012.

After graduating from Lompoc in 2012, Martin pitched at Cuesta for a season and earned All-Conference First Team honors in 2013. He finished 7-5 with seven complete games and a 3.22 ERA that year. He then pitched at Hancock in 2014.

The Times is polling current and former coaches to develop its list of nominees for Player of the Decade. A tournament-style voting contest will be held to determine the Player of the Decade. Readers will be able to vote online at santamariatimes.com; lompocrecord.com and syvnews.com. Players from Northern Santa Barbara County and San Luis Obispo County whose final seasons where between 2010 and 2020 are eligible.

De La Guerra adjusting to life in the minors

Jeff McNeil - From Nipomo to NYC

"I was able to get gaming computers installed in my classroom by our amazing IT department at the beginning of the school year," Santa Ynez AD Ashley Coelho said, adding the IT staff will continue to be involved in helping the Pirate Esports team.

The National Federation of State High School Associations (NFHS) announced Tuesday that it was revising its COVID-19 guidance.

Lompoc High School pitcher Lucas Martin lets the ball fly in a 5-0 Braves win against Sultana High School to advance in the CIF Division 5 playoffs in 2012.

Lompoc’s Lucas Martin pitches against Righetti during a game in 2012. Martin threw seven shut-out innings with 12 strikeouts for the win.