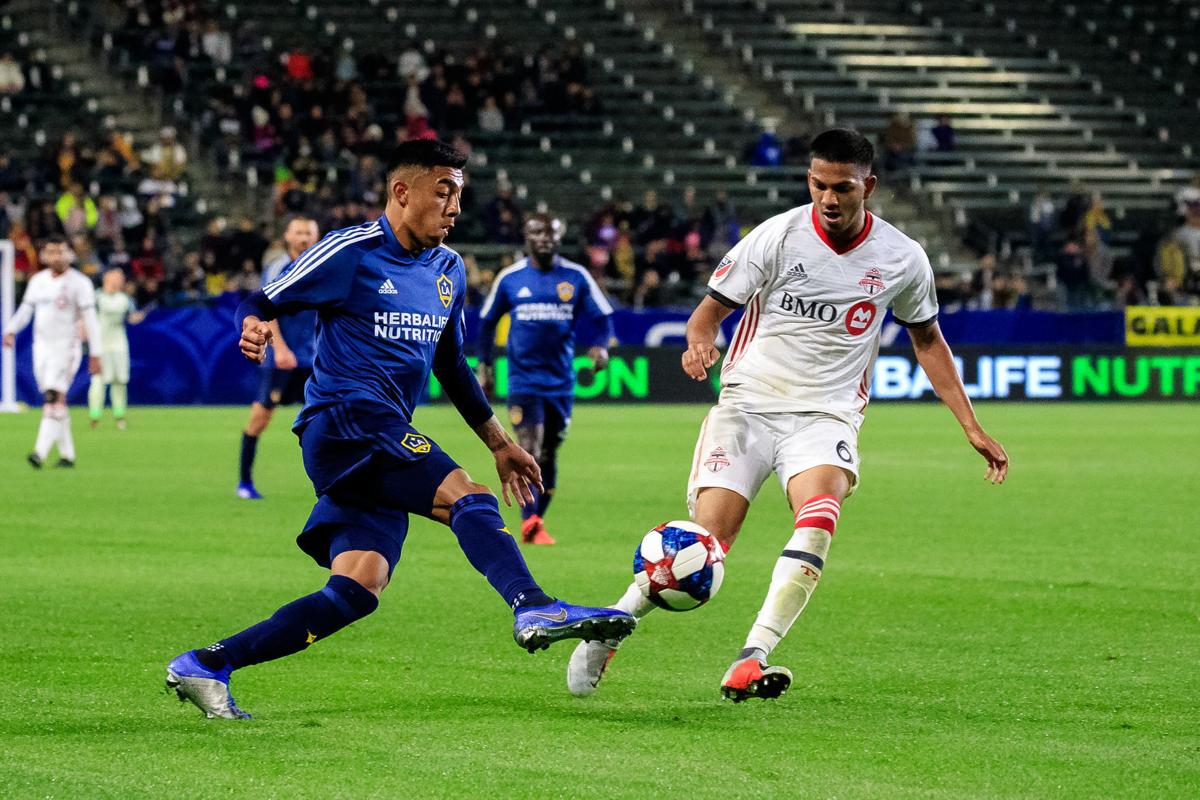 Lompoc's Julian Araujo, seen during a match against Toronto last year, had two assists in a Galaxy win over LA FC on Saturday. 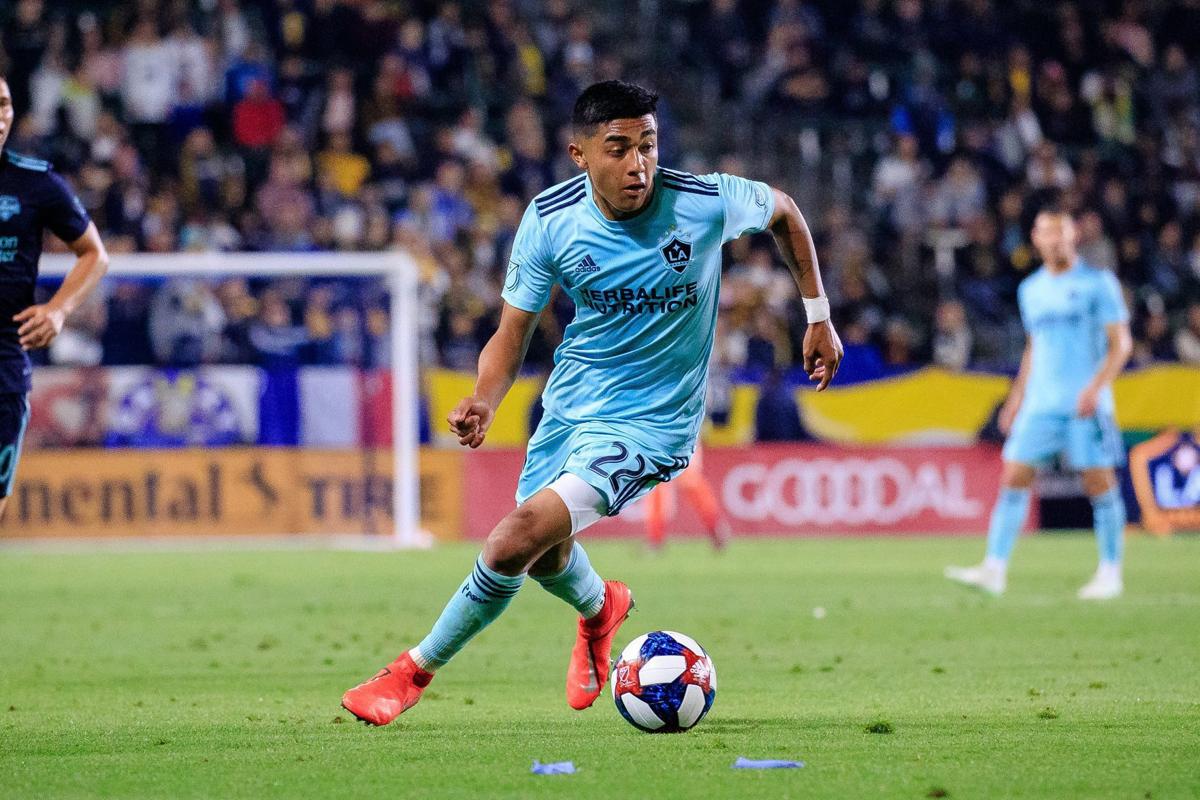 Lompoc native Julian Araujo, seen as he makes his first MLS start for the L.A. Galaxy against the Houston Dynamo in April of 2019. The 18-year-old didn't make his 2020 debut with the Galaxy Monday night, though he may get that opportunity Saturday as the Galaxy face LA FC in an MLS is Back Tournament game in Orlando. 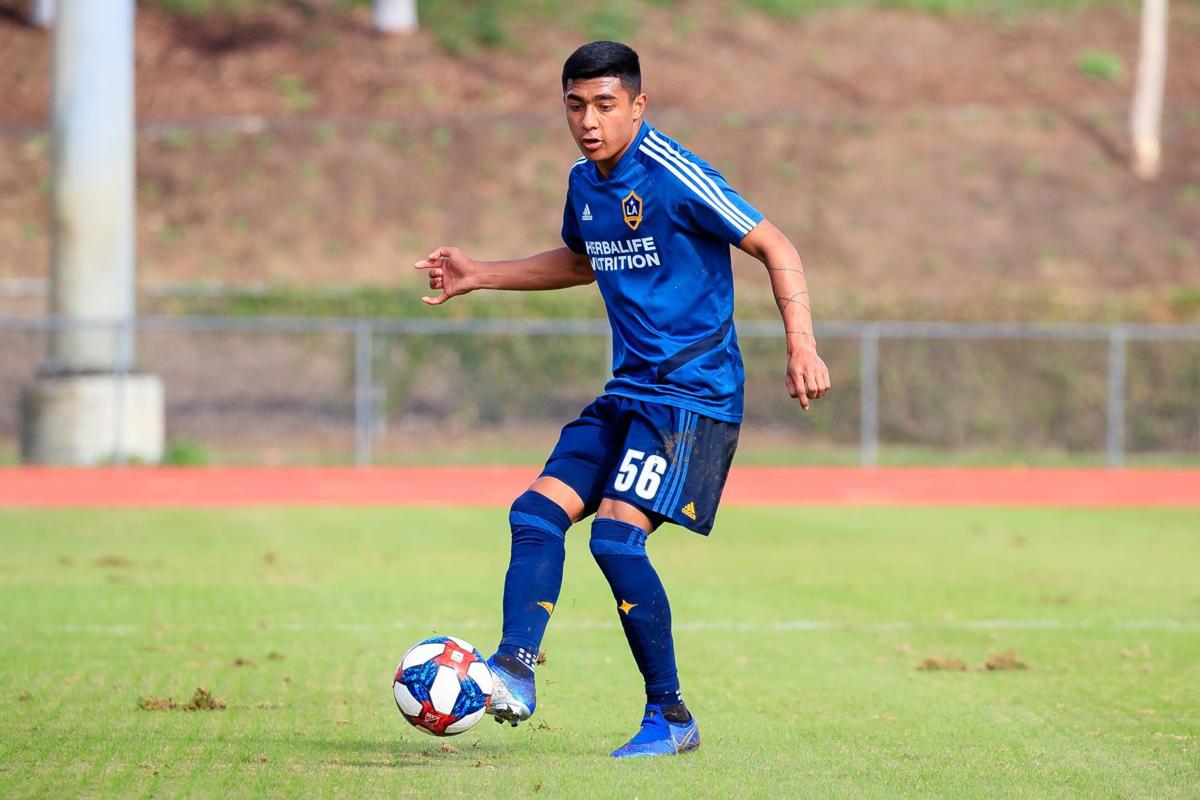 The starting lineups for the MLS match between the L.A. Galaxy and Portland Timbers were released Monday afternoon.

The absence of one particular player on the Galaxy's side surely brought out some disappointment for those in the Lompoc Valley.

The Galaxy, who were making their return after missing action for close to 130 days, did not feature former Lompoc High standout Julian Araujo in their starting 11.

The Galaxy promptly lost to the Timbers. The match was scoreless at halftime, then Portland struck for two quick goals before Chicharito Hernandez scored in the final minutes of a 2-1 defeat.

There were some optimism for Araujo to see increased action coming into the match.

The 18-year-old right back, who has played center back for the U.S. youth national team after starring on Lompoc High's varsity soccer team for two seasons, saw teammate Alaxander Katai cut from the team last month after a bit of controversy.

Katai had started both of the Galaxy's games at right wing before the season was suspended because of the COVID-19 pandemic. He was released last month after the club found Katai's wife, Tea, posted racist and violent comments on social media.

With Katai removed form the equation, it appeared Araujo would have an added chance to see the pitch. Araujo played in 18 games last season for the Galaxy and notched an assist.

Alas, it was not to be. Galaxy manager Guillermo Barros Schelotto instead opted to start and play 25-year-old Rolf Feltscher on the right wing.

The Lompoc MLS fans will surely be hoping to see Araujo on the field when the Galaxy next play Saturday night. They are playing in the MLS is Back Tournament near Orlando, Florida and will take on LA FC at 7:30 p.m. PT.

After that contest, a game is scheduled for Thursday, July 23 against Houston Dynamo. That match will conclude the group stage of the tournament.

The Galaxy drew 1-1 with Houston in the season opener back in February. They lost to the Vancouver White Caps 1-0 on March 7. The season was then suspended for more than three months until play resumed at the tournament in Florida.

Araujo has yet to play for the Galaxy in the three games this season, despite being fit. He started 10 times a year ago after signing with the club as a 17-year-old in April of 2019.

He played football and soccer at Lompoc High through his sophomore year, then opted out of traditional high school, moving to Barcelona's youth academy in Arizona. Araujo decided to go professional, signing with the LA Galaxy's lower-division club before joining the MLS top-division team last year.

Araujo has been a highly-touted prospect since joining the Galaxy. He played with the U.S men's national team at a training camp and friendly earlier this year, but didn't see any game action vs. Costa Rica.

KANSAS CITY, Mo. — Cabrillo High School graduate Danny Duffy will start for the Kansas City Royals when they open the season against the Indians in Cleveland next week, the team announced Tuesday.

The left-hander will make his third opening day start for the Royals in his career.

The game July 24 will begin a season shortened to 60 games because of the coronavirus pandemic that will last through August and September.

Right-hander Brad Keller, who started on opening day last season, is sidelined after testing positive for the coronavirus, the Associated Press reported. He is one of four players expected to make the Royals' initial 30-man roster that are awaiting two negative tests in a 24-hour span to return to the club. The others are first baseman Ryan O'Hearn and catchers Salvador Pérez and Cam Gallagher.

Dickerson gets some ink

Lompoc High defensive back Deville Dickerson was profiled by 247 Sports in a story published Tuesday.

Dickerson, who will graduate in 2022, intercepted three passes as a sophomore for the Braves in 2019.

Dickerson told 247 Sports' Brandon Huffman that he's been in contact with "Cal Poly, I’ve talked to coach (Cody) Von Appen a couple times and I did well at their camp last year. I went to Cal on an unofficial visit last year. And coach (Wes) Nurse at Carroll College has reached out. I've also been out to UNLV."

"Chadron State, Cal Poly and UCLA asked for my transcripts," Dickerson said, according to Huffman.

Dickerson currently has an offer from William & Mary, an FCS school.

Julian Araujo has a potential chance to start for the Los Angeles Galaxy in its MLS game against the Portland Timbers Monday in the MLS is Back Tournament.

Each meal came with a card of thanks from Julian, which read:

"When the sun rises, you are working. When the sun goes down, you continue working. Thank you for working with your hands, your mind, and your heart, cultivating hope for future harvests.

"Julian texted me Wednesday and said, 'Hey, workers here did so much for me, I wanted to give something back," said Lompoc High principal Paul Bommersbach.

Taua will face McCoy, who received the second-most votes of all the contenders in the opening round with 413. Coleman is set to face off against Caleb Thomas, a former Righetti lineman who is now at Tulane.

"I feel good about the military aspect. It’s always good to give back to the country I live in," Langley said. "A lot of my dad's side has been in the Army so I am a little familiar."

Araujo scored at the 34-minute mark of the first half as the Galaxy trailed 2-0. A Los Angeles corner kick curved into the box and the ball was headed out by a Portland defender. The ball rolled to Araujo about 20 yards outside the penalty area. Araujo took a soft first touch with his left foot to draw in a defender, then exploded slightly to his right with another touch of the ball, this time with his right foot. Araujo's third touch was a rocket shot of his right foot.

Lompoc's Julian Araujo, seen during a match against Toronto last year, had two assists in a Galaxy win over LA FC on Saturday.

Lompoc native Julian Araujo, seen as he makes his first MLS start for the L.A. Galaxy against the Houston Dynamo in April of 2019. The 18-year-old didn't make his 2020 debut with the Galaxy Monday night, though he may get that opportunity Saturday as the Galaxy face LA FC in an MLS is Back Tournament game in Orlando.