Biden takes the helm as president: 'Democracy has prevailed'

Player of the Decade: Robbie Berwick went from Atascadero to the ACC
Share this
1 of 3 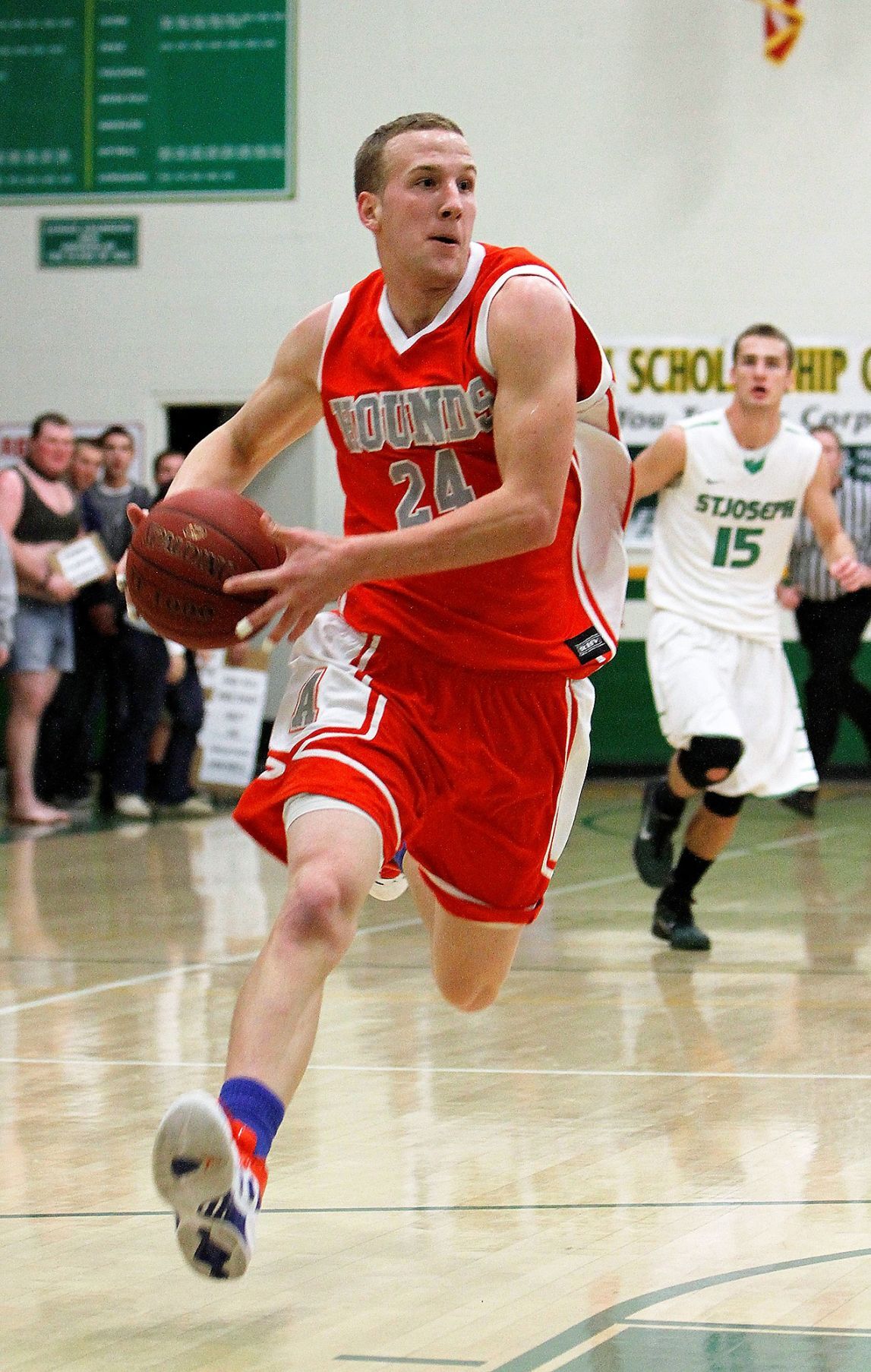 Atascadero's Robbie Berwick takes the ball to the hoop during a PAC 7 League game against St. Joseph High during the 2013-14 season. Berwick graduated from Atascadero in 2014 after scoring more than 1,750 points in four seasons. 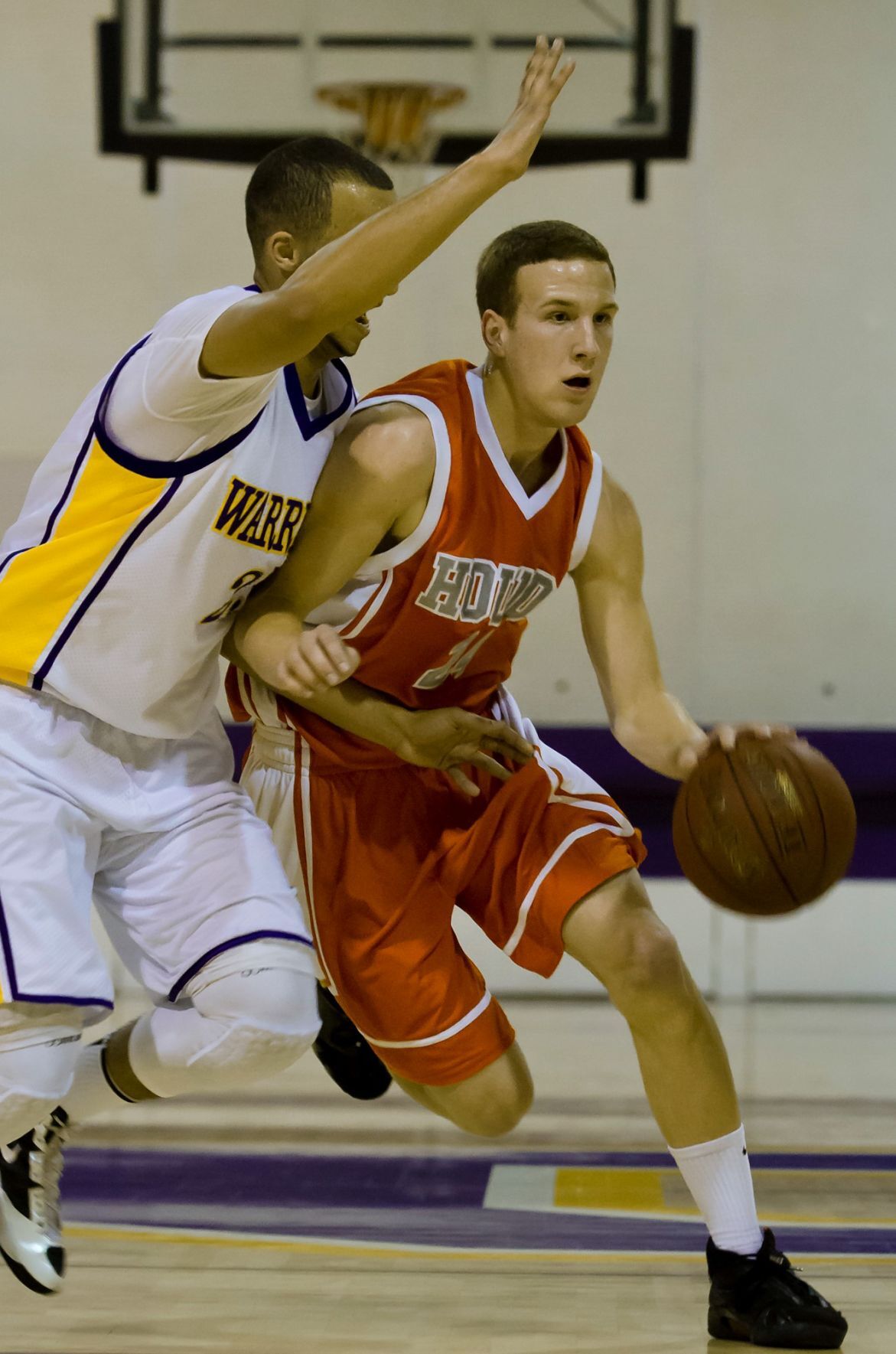 Atascadero's Robbie Berwick tries to get around Righetti's Chris Barbarick during a Feb. 2012 game at Righetti High. 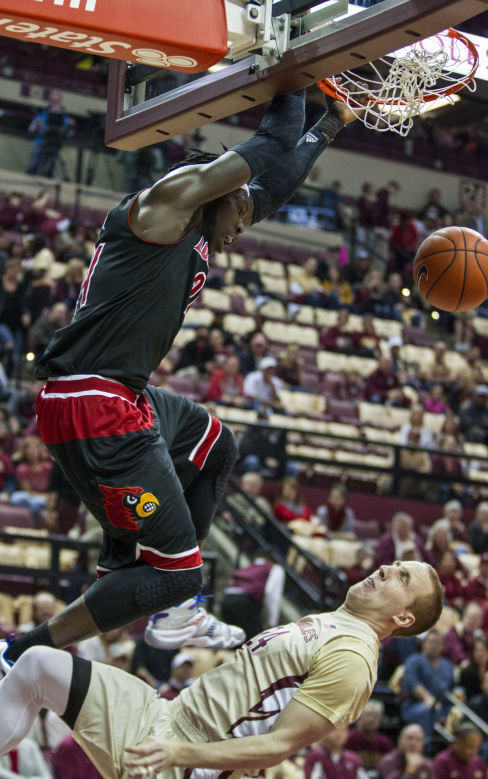 Atascadero High grad and Florida State true freshman guard Robbie Berwick is called for a foul against Louisville forward Monterezl Harrell during a dunk in the first half of a game in Tallahassee, Fla.

Those are some of the headlines that appeared in this newspaper during Robbie Berwick's days at Atascadero High.

Berwick caused headaches for plenty of Central Coast athletes who were unlucky enough to be on the opposing end of the basketball court or football field. He was a dynamic point guard at Atascadero, combining size, athleticism and basketball IQ to dominate on the hardwood, breaking into the Greyhounds' varsity unit as a freshman. He also grew into a 6-foot-4 quarterback that powered the 'Hounds' football team.

Though Berwick probably could've played either sport in college, from Atascadero to the ACC he went, joining the most prestigious basketball conference in the country straight out of high school to play for Florida State.

Berwick is the next nominee for the Times' Player of the Decade contest.

With so much ability on the field, Berwick also had a talent that didn't always show up in box scores. He almost always drew the ire of opponents and opposing fans. Berwick knew he was good and his offbeat brand of confidence always seemed to get under his opponents' skin.

There was that particularly festive night at St. Joseph High in 2013 when the Knights student section made sure Berwick knew they were there at a basketball game. (This not too long after Berwick beat St. Joseph in football in a huge league game).

“I’ve been in bigger atmospheres than this,” Berwick said with a sly smile after St. Joseph beat Atascadero 85-74 that night. “They have a good crowd but I think they’re a little upset because we beat them in football.

“We beat them in football, they beat us in basketball and hopefully we’ll get them the next time. We’ll have the last laugh.”

Atascadero did have the last laugh with a 69-58 win to help split a league title with Righetti.

At Atascadero, Berwick made his biggest basketball impact, scoring 1,750 points in four seasons, dishing out 500 assists. He earned the PAC 7 League MVP honor as a junior and senior. The Greyhounds won two PAC 7 titles during Berwick's run in Atascadero. (He also led the 'Hounds to a football league title).

Berwick played in 33 games as a freshman at Florida State, averaging 2.4 points a game. He missed all of the 2015-16 season with an injury and eventually transferred to Colorado State, where he played two seasons ending in the 2018-19 campaign. In 35 games with Colorado State, Berwick averaged two points a game.

There will be 16 nominees announced.

The Times is polling current and former coaches to develop its list of nominees for Player of the Decade. The rest of the nominees will be announced before a tournament-style voting contest will be held to determine the boys basketball Player of the Decade. Readers will be able to vote online at santamariatimes.com; lompocrecord.com and syvnews.com. Players from Northern Santa Barbara County and San Luis Obispo County whose final seasons where between 2009-10 and 2019-20 are eligible.

"He was one of the hardest hitting, win-at-all-costs type of guys I've ever seen," Santa Ynez coach Josh McClurg said of Smalley. "Lots of energy."

No question, Lompoc and Cabrillo are rivals. But, at the end of the day, the teachers, coaches and staff members are colleagues working for a …

There's no questioning Jeff McNeil's greatness as an athlete during his days at Nipomo High School.

"He was one of the hardest hitting, win-at-all-costs type of guys I've ever seen," Santa Ynez coach Josh McClurg said of Smalley. "Lots of energy."

On Tuesday, the CIF state office sent a stark warning for other programs with plans on going rogue and playing outside the state's health guidance.

Player of the Decade: Trevor Garcia, a homegrown hero on the diamond

Year after year, inning after inning, pitch after pitch, Garcia has produced for his hometown teams. Garcia starred at Southside Little League and Santa Maria Babe Ruth as a youngster.

Who's up next? One of area's top players may have suited up for the last time

Something special happens when a team or athlete embodies their community.

Atascadero's Robbie Berwick takes the ball to the hoop during a PAC 7 League game against St. Joseph High during the 2013-14 season. Berwick graduated from Atascadero in 2014 after scoring more than 1,750 points in four seasons.

Atascadero's Robbie Berwick tries to get around Righetti's Chris Barbarick during a Feb. 2012 game at Righetti High.

Atascadero High grad and Florida State true freshman guard Robbie Berwick is called for a foul against Louisville forward Monterezl Harrell during a dunk in the first half of a game in Tallahassee, Fla.