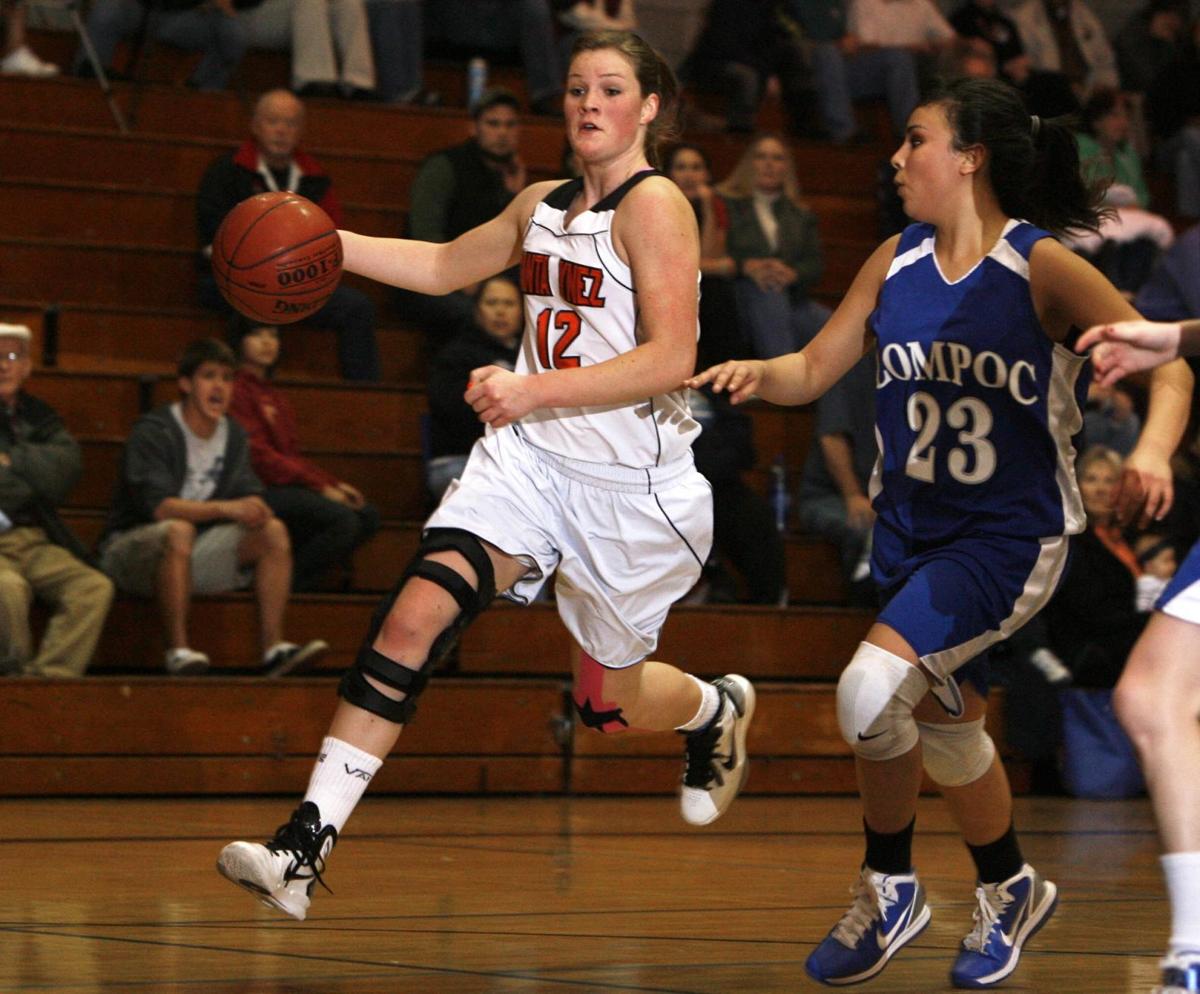 Santa Ynez’s Hailey King drives to the hoop past a defending Celina Calderon during a home game against Lompoc in January of 2011. 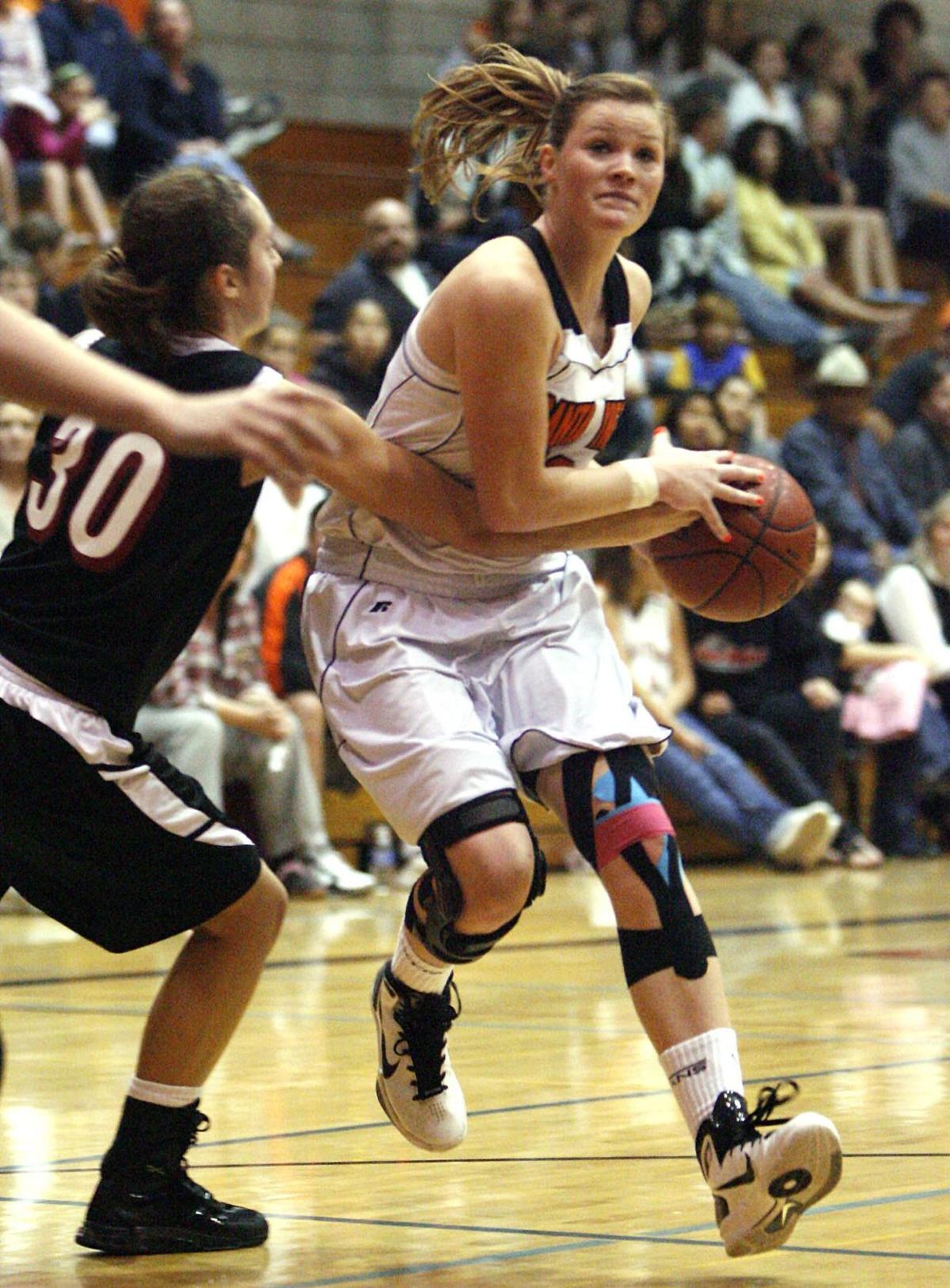 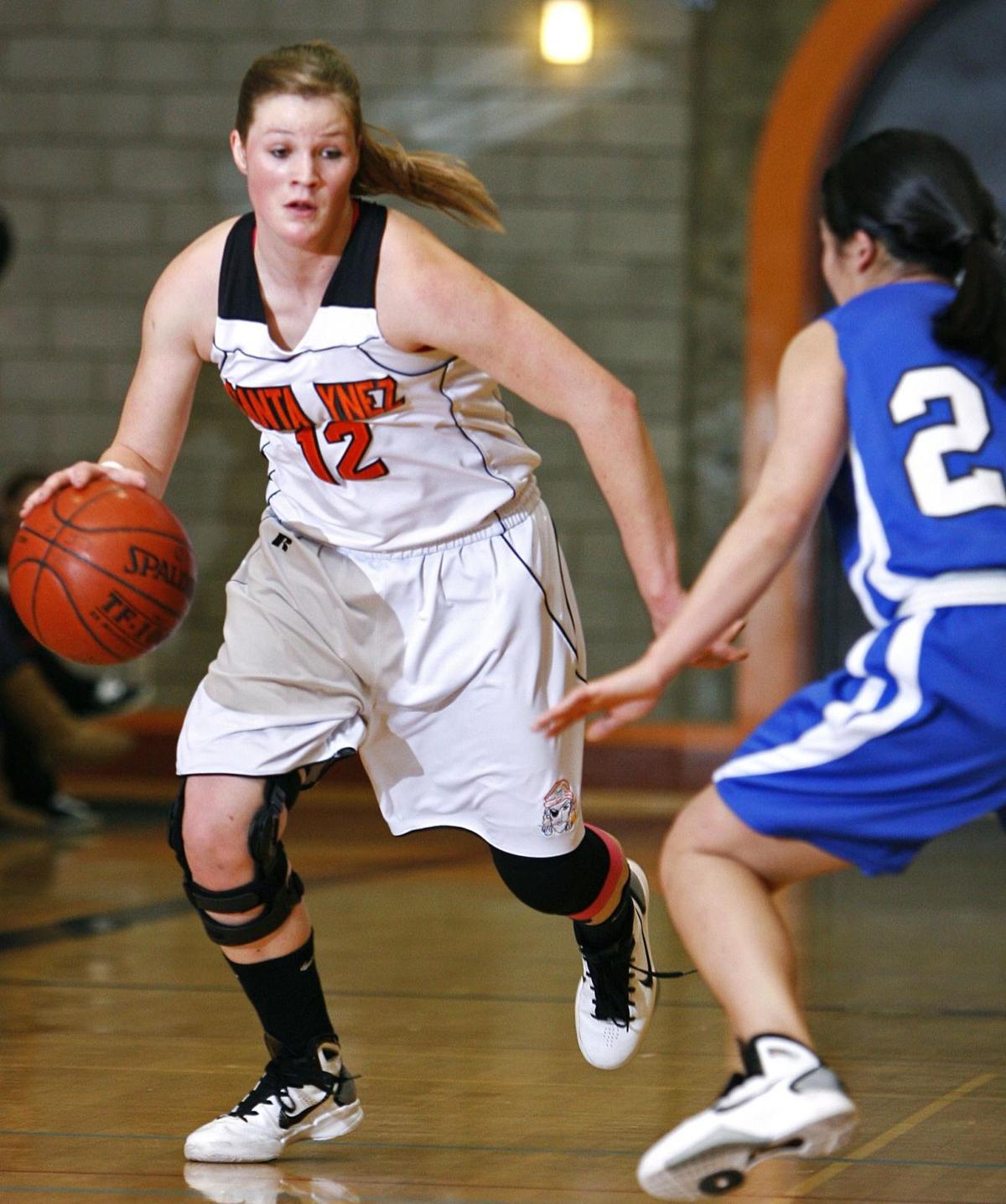 Santa Ynez’s Hailey King makes her way down court during a CIF playoff game against San Marino in 2011. The Pirates won 58-49 in overtime.

“I went to Joe Dugan in Solvang every day for rehab," King told the Times' Kenny Cress at the end of her senior season in 2011. “Then I started going to P3 in Santa Barbara after six months. After that I could start doing everything (on the basketball court), but I wasn’t nearly 100 percent.”

“I think the right ACL is better than the other one,” thanks to all the rehab work, King told Cress. “It’s stronger.”

As a senior, King averaged 15.3 points, 3.5 rebounds, 2.7 assists and 1.9 steals per game after tearing her ACL the year prior. She played in 83 games during her four-year varsity career and scored 906 points.

In the 57 games she played from her sophomore to senior seasons, King averaged 14.3 points per game.

King poured in 22 points to lead the Pirates to a 48-45 win over Whitney High School in the CIF playoffs, leading the Pirates to the quarterfinals, their deepest playoff run this past decade.

After King tore her right ACL in 2009 she said, “I have to keep (the left knee) taped up before a game and keep a cover on it, but it’s fine,” during her senior season with Santa Ynez.

The Pirates finished 16-13 and 10-2 in the Los Padres League her senior year as the 5-foot-11 King helped her team win a pair of playoff games. King was named to the All-CIF Southern Section Division 4A team that season.

King was intent on playing basketball after high school and walked on at Cal State Fullerton, a Division I program in the Big West Conference. She made the team and eventually earned a scholarship with the Titans. She played three seasons at Fullerton. She played in 28 games during her final season in 2014-15, averaging four points a game off the bench. She started 26 games as a sophomore in 2013-14, averaging 5.3 points and 3.1 rebounds per game.

King got into coaching after her playing days were over. According to Hope International University in Fullerton, King began coaching with the school's NAIA program in 2017-18 as an assistant after spending time coaching at Mater Dei High School in Santa Ana.

King graduated from Cal State Fullerton with her bachelor's in kinesiology, according to HIU, and was working to complete her master’s degree in kinesiology.

The rest of the Player of the Decade nominees will be announced in the coming weeks before a tournament-style voting contest will be held to determine the girls basketball Player of the Decade. Readers will be able to vote online at santamariatimes.com; lompocrecord.com and syvnews.com. Players from Northern Santa Barbara County and Southern San Luis Obispo County whose final seasons where in between 2009-10 and 2019-20 are eligible.

What you need to know for Thursday, September 24

What you need to know for Thursday, September 24

By 2005, Josh Prenot was well on his way to becoming an accomplished swimmer. In August of that year, Prenot had just turned 12 years old and was competing with the Santa Maria Swim Club.

Wilson's top high school accomplishment came in the spring of his senior year in 2013. Wilson ended Righetti High's 36-year drought at the state wrestling meet with a dominant run to the 152-pound title. Even with a proud wrestling tradition, state titles are rare in the Santa Maria Valley.

The sweat. The dirt. The grime. The smells. Students from Santa Maria, Righetti and Pioneer Valley high schools welcomed back that assault on the senses this week.

Santa Ynez’s Hailey King drives to the hoop past a defending Celina Calderon during a home game against Lompoc in January of 2011.

Santa Ynez’s Hailey King makes her way down court during a CIF playoff game against San Marino in 2011. The Pirates won 58-49 in overtime.