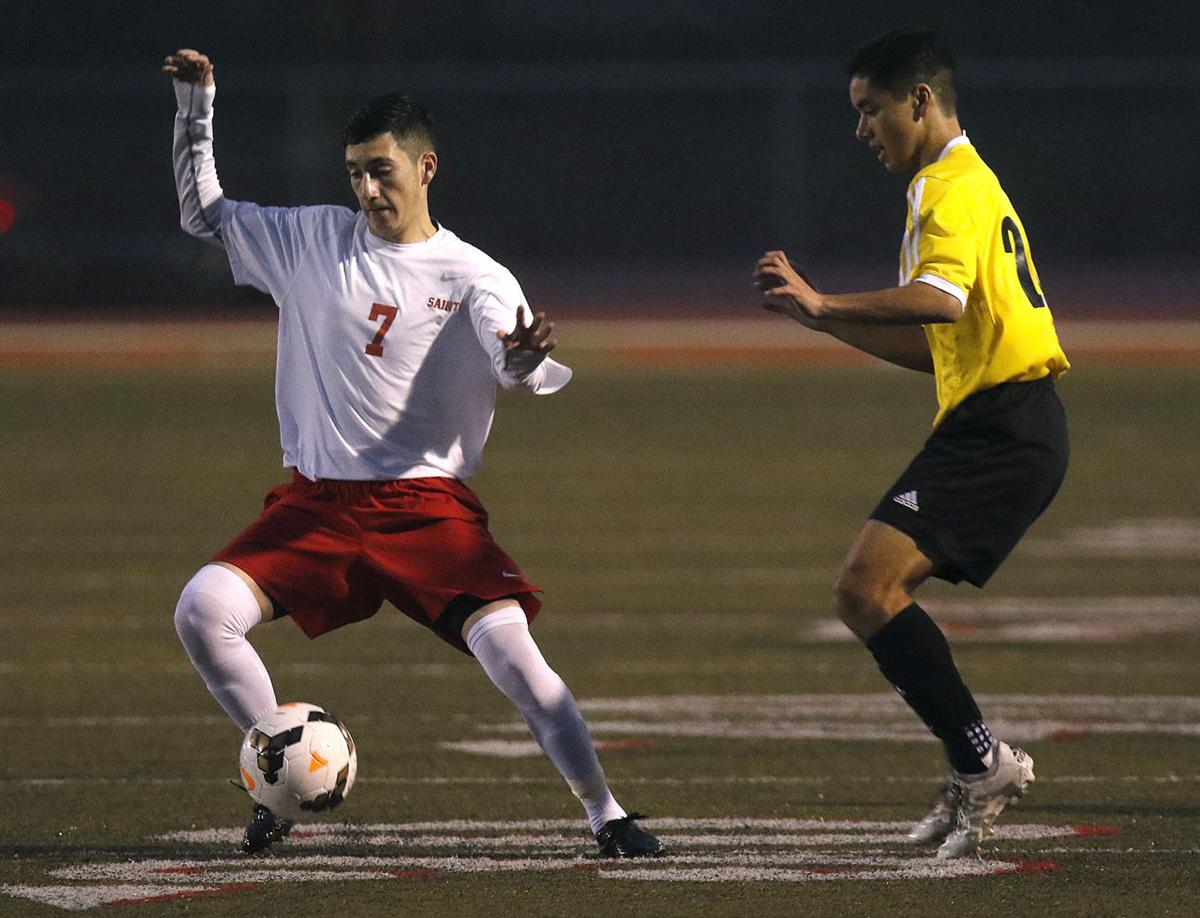 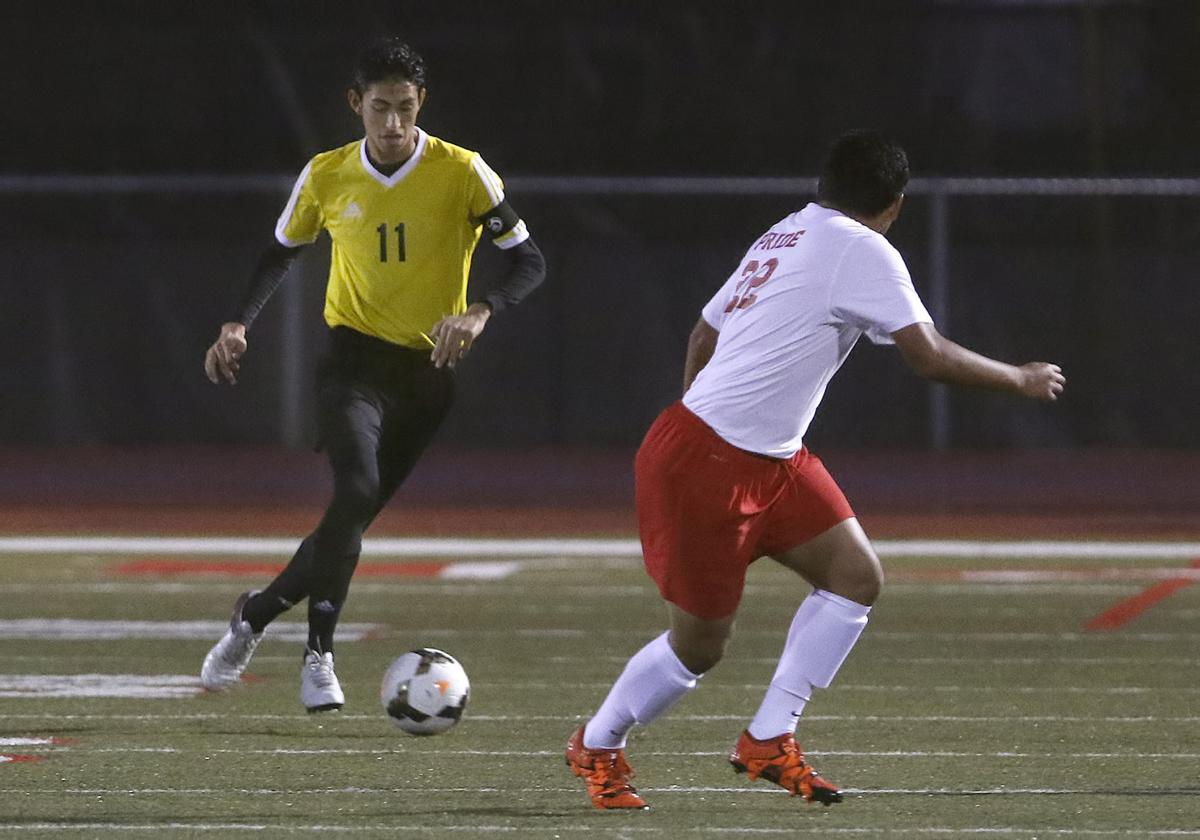 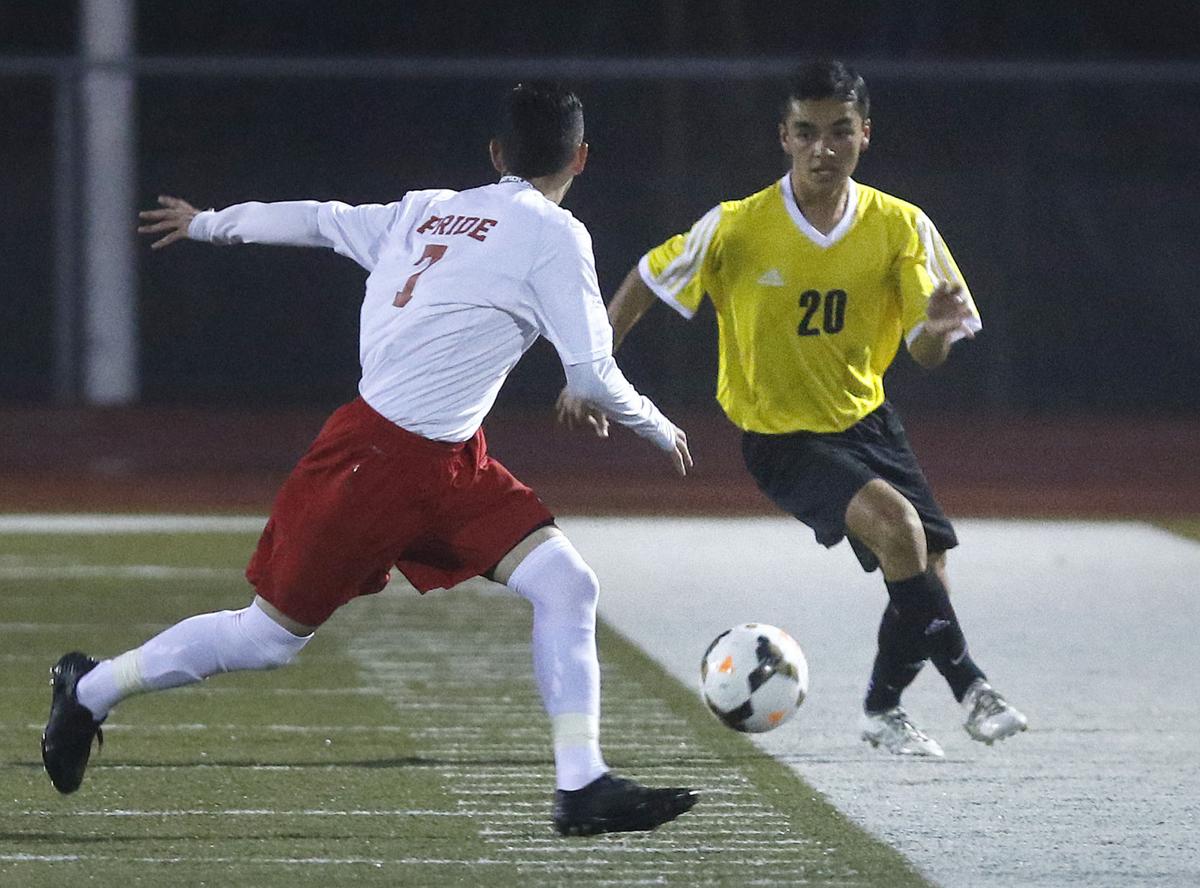 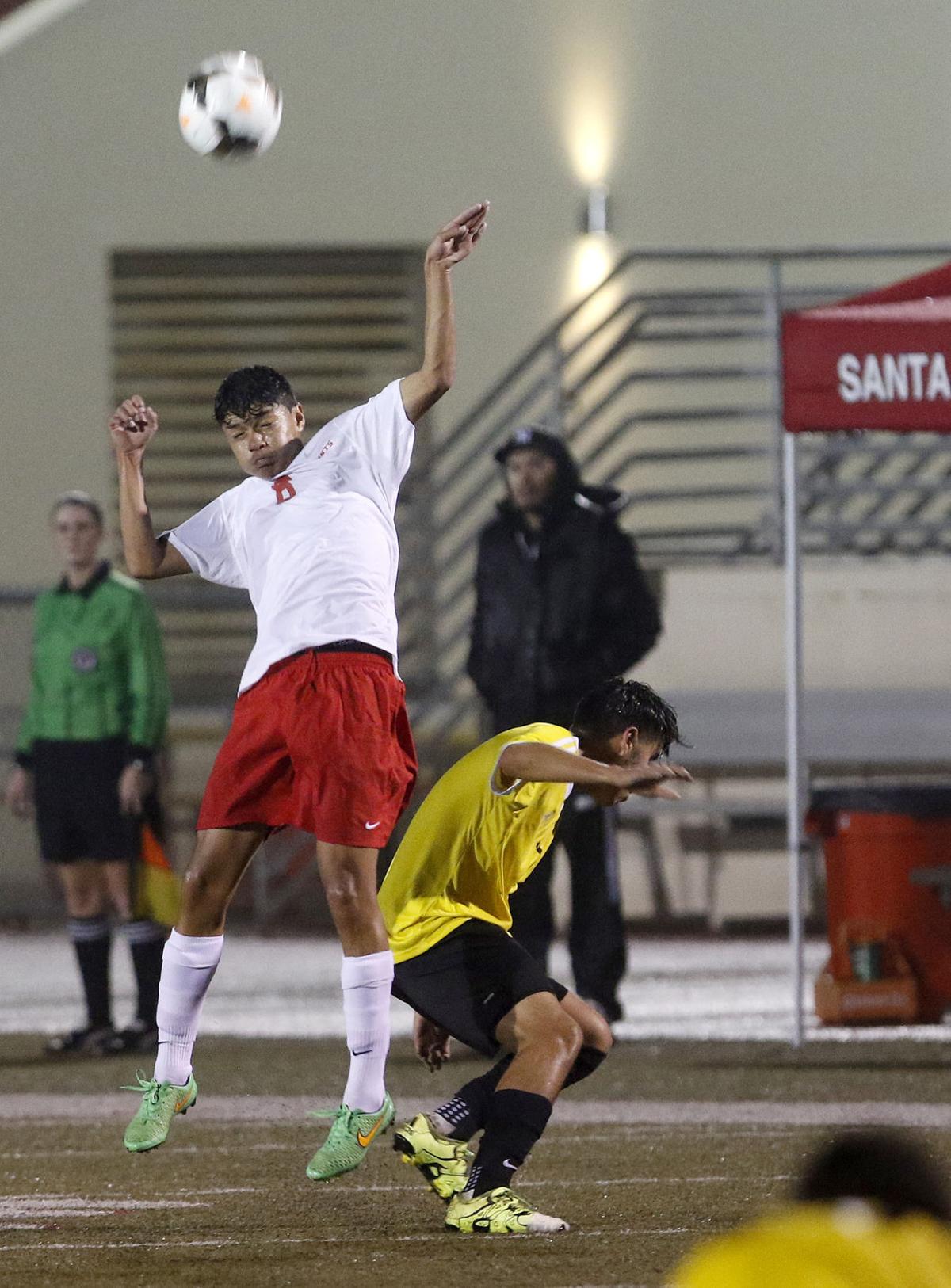 The Saints dominated play against Cabrillo on Tuesday, but they didn't pull ahead of the Conqs for the 2-1 win until the 73rd minute of a critical Los Padres League contest at Santa Maria High.

Both boys soccer teams started the game 5-1-0 in league and tied for second place behind Santa Ynez — the Pirates are undefeated in league. But the Saints (13-3-1, 6-1) controlled possession and created the best chances from beginning to end against the visiting Conqs (8-5-2, 5-2).

Santa Maria head coach Lalo Cuna estimated his team had 17 shots to Cabrillo's five. James Baca, Cabrillo's head coach, said he only considered one of his team's shots on goal.

Finishing scoring opportunities has been a focus of conversations this season at Santa Maria between coaches and players.

"For the most part we possess the ball, we touch the ball pretty well, we just need to take advantage of that," Cuna said. "We're shutting teams down on defense. It's just not acceptable to create 15-16 shots and just score two."

Great work by Ben Dixon in goal for the Conqs, and a few lucky bounces, kept Santa Maria off the scoreboard long enough for the Conqs to score first. The Conqs' Adonis Osua was tackled in the box after a fortunate ricochet of a teammate's pass found the Conqs midfielder. The Saints defender attempted a sliding tackle and a foul was called.

But it only took one minute for the Saints to tie the game. The consistent pressure in Cabrillo's half of the field paid off with a corner, which bounced off a few legs before going in off a Cabrillo player.

Despite the close score, Baca said the Conqs were outplayed from the opening whistle.

"They (Saints) were on their game," he said. "They were first to the ball. They just outplayed us today. We looked like a team that was timid or not ready for this big game."

The performance of Dixon, a sophomore, was a bright spot for Baca.

"Most people don't know this, but this is his (Dixon's) second year ever playing (soccer)," Baca said. "He was in Germany last year. He's a baseball player and he didn't have anything to do. They said, 'Hey, try out for the soccer team.'"

After his family moved to Vandenberg Air Force Base, Dixon eventually joined the Cabrillo team.

Dixon's saves in the second half on Tuesday kept the score tied until the 73rd minute, when the Saints earned a penalty of their own. Andres Montano scored even though Dixon got a hand on the ball.

"We just got lucky, I guess, that the ref called that one in there," Cuna said. "One way or another he was going to compensate — I could sense that. He was calling minor falls and I figured at the end he'd call one for us like he did for them at the end of the first half."

Another piece of luck for the Saints is the return of Montano after he was unable to play while he took care of personal issues. The junior was a leader in goals and assists last year.

"I expect big things from him," Cuna said. "He's a good player up top. Little by little we're trying to get him in there and mesh with the team."

Montano's return is an important development for the Saints, and the young forward knows he has to work fast to get back in rhythm with the team.

"It was hard because they've been playing for a couple games and this is my first game back," he said. "I have to get adapted to the style of play."

Torey Sims led the Braves with 22 points and Lompoc shut down Nipomo in the fourth quarter, holding the Titans to seven points in the final eight minutes of the 53-46 win.