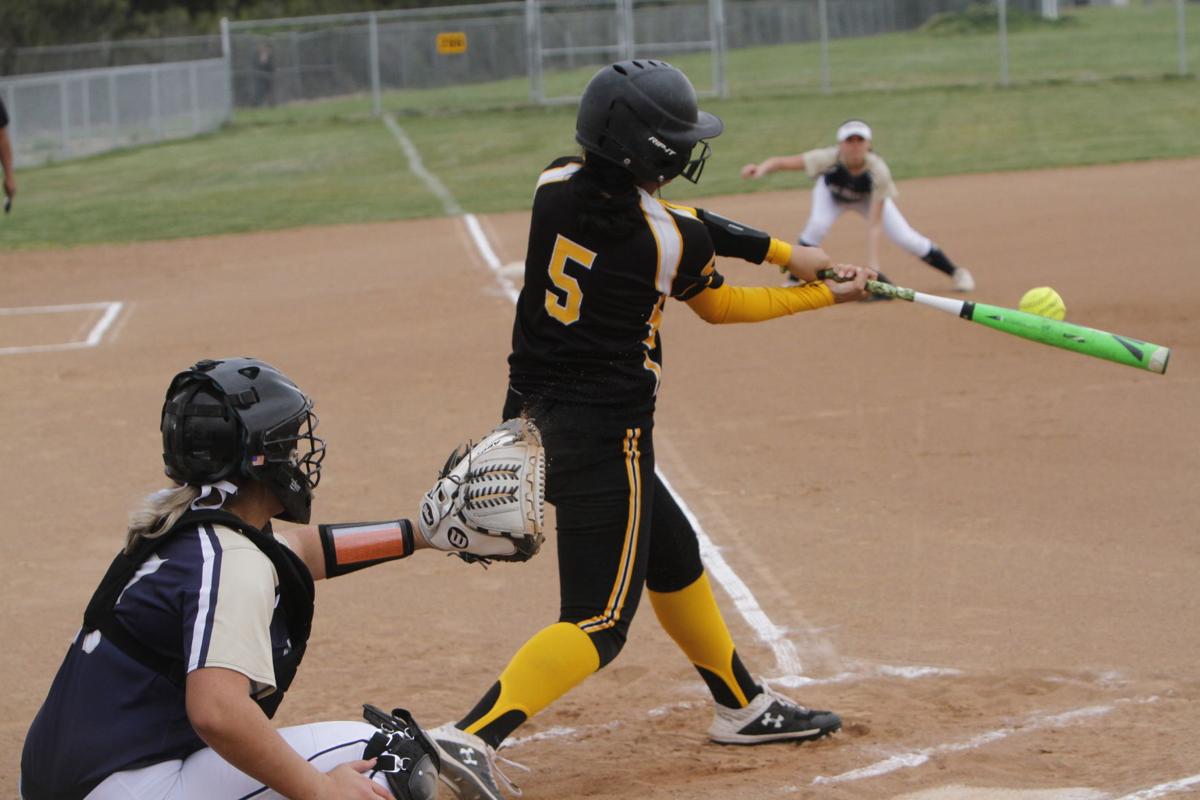 Alexia Juarez-Wilhite of Cabrillo takes her swing against Dos Pueblos during the Conqs' 10-1 loss to the Chargers on Tuesday. 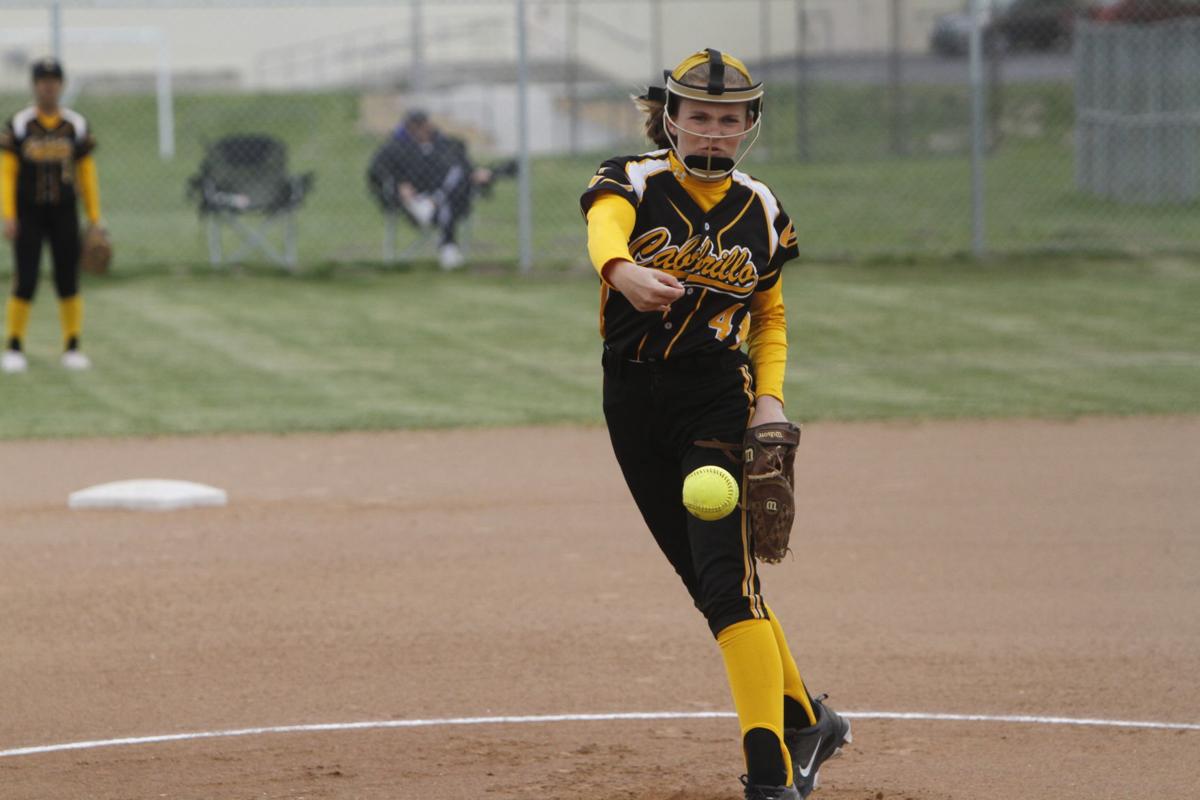 Mia Criscone of Cabrillo throws out the first pitch on Tuesday. 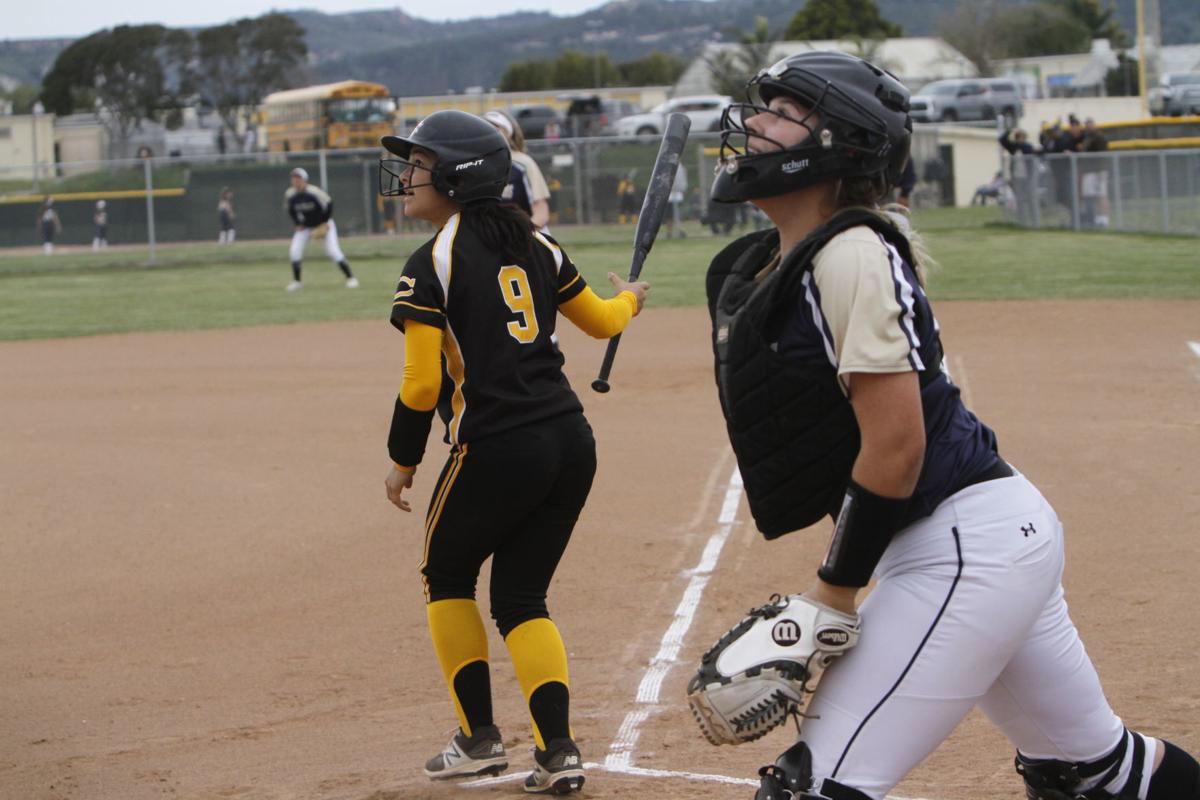 Antoinette Terrones of Cabrillo looks up at the fly ball that was ruled a foul during the Tuesday contest against Dos Pueblos.

This time, Dos Pueblos jumped out to an early three-run lead in the top of the first inning and eventually sealed the 10-1 road win at Vandenberg Village on Tuesday – dropping the Conquistadores to 0-3 in league games.

This year’s varsity softball team under eight-year head coach Adrian Abayari has had to endure a learning process, with the head coach saying there are freshmen and sophomores still trying to adjust to the speed and competitive nature of varsity softball.

“The inexperience is evident in terms of how many games they’ve played together. The athleticism is there, it’s just the game experience that’s lacking,” Abayari said. “Obviously our pitching is young, so they haven’t faced this type of level of Channel League.”

The Chargers (6-4-1 overall) managed to score two earned runs to take an early 3-0 lead. Then in the bottom of the first, Alexia Juarez-Wilhite smacked the first of two hits on the day.

From there, senior Brooklynn Gregory got the Conqs on the board with her single that flew toward the center field fence that brought Juarez-Wilhite home that cut the lead to 3-1.

But it was all Dos Pueblos from there.

Josy Uyesaka blasted a solo home run hit that sailed over the center field fence, lifting the Chargers to the 4-1 lead. In the top of the third, Akshaya Ramko took advantage of an overthrow at first and accelerated her way home, placing DPHS up 5-1.

Most of the Chargers' scoring came in the top of the fourth – as DPHS extended the lead to 8-1 during that sequence.

On CHS’s side, Juarez-Wilhite’s second hit came in the bottom of the third, as she pounded a ground ball toward left field. Abayari said he’s been impressed by the play of his sophomore.

The Terrones sisters of Antoinette and Alina squeezed in late hits for the Conqs during the bottom of the fifth; both of them chipping in singles.

Overall, Abayari and his coaching staff are currently dealing with a squad with more non-seniors on the roster. He says there is an optimistic side of him as the Conqs progress forward in the Channel League.

“Sometimes it’s uptight because they know they should be doing better. But in reality, it is more optimism that, if we keep working hard, we can get better,” Abayari said. “It’s a mixed emotion kind of thing. You have seniors wanting to play better, but they also have to bring along the younger players that haven’t played together for awhile. It’s tough to manage but the expectations – we have to really manage those as oppose to just results.”

Cabrillo once again was led by the strong play of Chris Campos. The senior finished with a team-high of 12 kills and added two service aces. Austin Martin finished with four kills and four aces. Hayden Jory had 19 setting assists while Brandon Shenefeild had six digs.

The loss dropped CHS to 3-6 overall but 0-4 in the Channel League.

Alexia Juarez-Wilhite of Cabrillo takes her swing against Dos Pueblos during the Conqs' 10-1 loss to the Chargers on Tuesday. 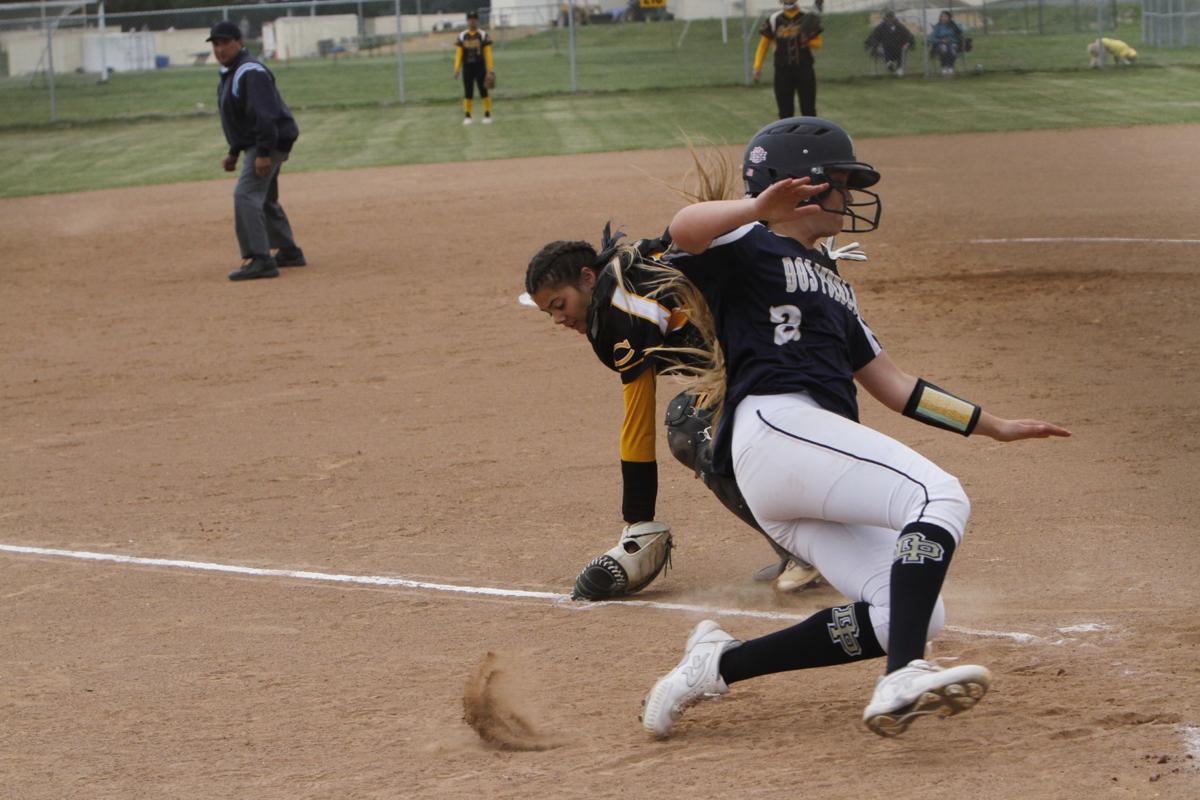 Liz Garcia tries to retrieve the softball as Alison Borden of Dos Pueblos slides in home.

Mia Criscone of Cabrillo throws out the first pitch on Tuesday.

Antoinette Terrones of Cabrillo looks up at the fly ball that was ruled a foul during the Tuesday contest against Dos Pueblos.