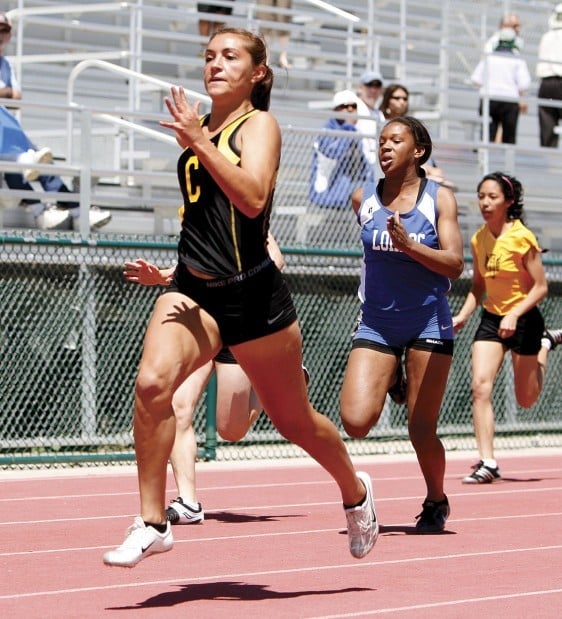 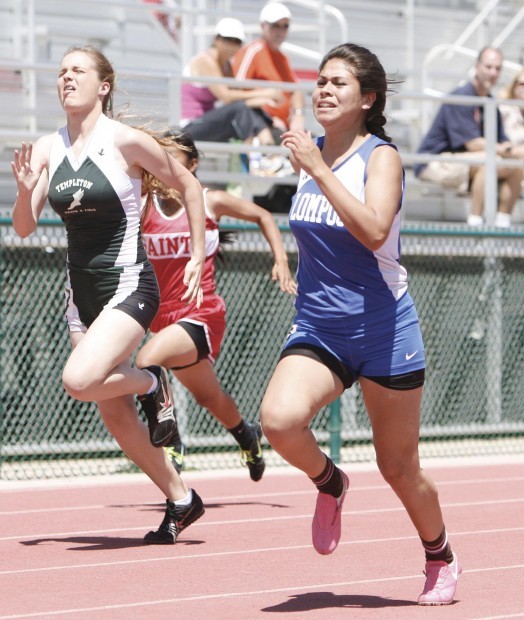 The Lompoc High School junior still had enough to dominate his hurdles races at the Los Padres League Track and Field Preliminaries.

After his shorter race, Hayes said, “My trail leg kept hitting (hurdles). I’ve been focusing on getting my lead leg to snap down (over the hurdles). Now my focus, between now and the finals, is to work on that trail leg.

“Maybe I can hit that PR, or maybe even a 14.5, at the finals. This is my first year running the 110, and it’s the toughest of the two hurdles races because so much of it comes down to (running) form. My goal is to make the CIF-Southern Section Finals, maybe beyond.”

Hayes will go after his first trip to the CIF sectional finals.

The LPL Finals will take place at Santa Ynez this Tuesday, with Santa Maria hosting. Field events are set to start at 1 p.m. Running events are scheduled to go off at 2 p.m.

As for Hayes, he was never pushed in either of his heats, though his trail leg grazed three of the last four hurdles in his 300 race.

That meant Cabrillo junior Rebecka Miranda did not have to jump. Miranda will be the overwhelming girls favorite in the long jump and her best event, the triple jump, Tuesday.

“I hate the 200 with a passion,” Miranda said with a laugh shortly before her heat in that race. “It helps me get loose for my jumps, though. It’s just long for me.”

Miranda finished sixth in the invitational section, the toughest section, of the women’s triple jump at the Mt. SAC Relays in Walnut earlier this month.

“I was seeded 10th,” she said. “I hit 37-1, and I scratched on half my jumps. My coaches and I have figured it out, and I don’t think I’ll have the problem with fouling anymore.” Miranda’s best is the 37-6 she jumped at a dual meet at Santa Ynez earlier this season.

“My form’s been a little off,” she said after her 100 hurdles heat. “Working on my form’s going to be my mission between now and Tuesday.

Agbodike was on a tight schedule Saturday.

At least one Cabrillo boy advanced in every running preliminary Saturday. Cabrillo’s Isaiah Montes qualified in the 100 and 200. He figures to be among the favorites in the boys long jump Tuesday.