Jovany Lucatero, Jacob Nunez and Juan DeLuna know how to collaborate and dominate together.

When all three arrive to various league track meets on Wednesdays, they usually end up in the top three after tossing the shot put and discus.

And their throwing capabilities helped elevate the Braves to their first-ever regular season Channel League championship, which they clinched on April 10 at Dos Pueblos by sweeping the Chargers and San Marcos Royals.

“It proves we’re not a joke,” Nunez said before practice on Thursday. “We know that the Los Padres League wasn’t the toughest league, but now we’re in a different league and we proved we’re the real deal.”

Regardless if they were going against Cabrillo, Santa Ynez or the Santa Barbara regional schools, the trio ended their day placing inside the top five or swept the throwing events.

In the case of the senior Lucatero, he’s won five shot put events this season – beginning with the March 9 Ventura Invitational (threw 50 feet, 6 inches) and recently took the top spot at the Wednesday contest against San Marcos and Dos Pueblos (tossed 49-07).

Lucatero additionally claimed first in the April 10 meet in the discus, spinning and throwing his way to a mark of 136-65.

Lucatero was already on the Brave track teams that claimed the LPL titles along with Nunez and DeLuna. Was he stunned by how quickly the LHS boys claimed the Channel League regular season crown?

Sure enough, all three have been catalysts behind the Braves’ field dominance outside of the long distance and sprinting realm.

DeLuna has finished right behind Lucatero in most of the meets this season. Even as a decorated senior in track and field and after securing the school’s most recent championship, he still believes he’s not a finished throwing product.

“I feel like in throwing, there’s always stuff to improve on. It takes a lot to perfect it,” DeLuna said.

He still has the bar set high for himself moving forward, saying “My goal is to win County and hit at least 160 (in discus), just get one good throw.”

Lucatero also has a high ceiling for himself.

And for the non-senior Nunez, he’s also seeking to hit personal bests, but is also aiming to enjoy one last season with his fellow linemen mates and throwers.

“It’s a lot of fun because it’s their last year and I’m trying to enjoy it, knowing I’m not going to play with them next year,” Nunez said.

The scholarship offers continue to come in for Lompoc High’s Jacob Nuñez, especially during the 2019 NCAA Spring Evaluation Period for football.

Round Table: Trio of track and field winners and a record-breaking swimmer all honored at Giavanni's

The top athletes from Easter week and this past week were honored by the Northern Santa Barbara County Athletic Round Table on Monday. And Lompoc High swept the boys awards for the past two weeks – both of whom came from track and field. For the week of April 22, Braves thrower Jovany Lucatero earned the Male Athlete of the Week honor at Giavanni’s Pizzeria in Orcutt. The shot put and discus thrower guided the Braves to a stellar month of April – one that included securing the Channel League regular season title, the Santa Barbara County title and for clinching multiple individual league titles. 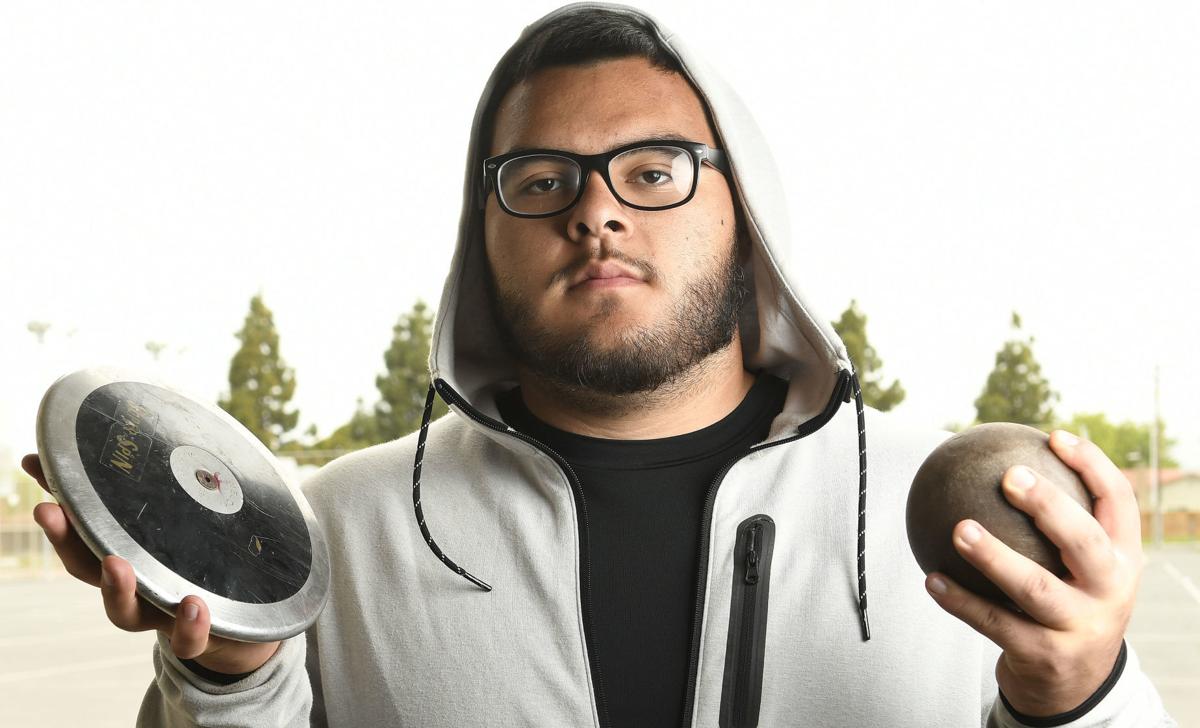 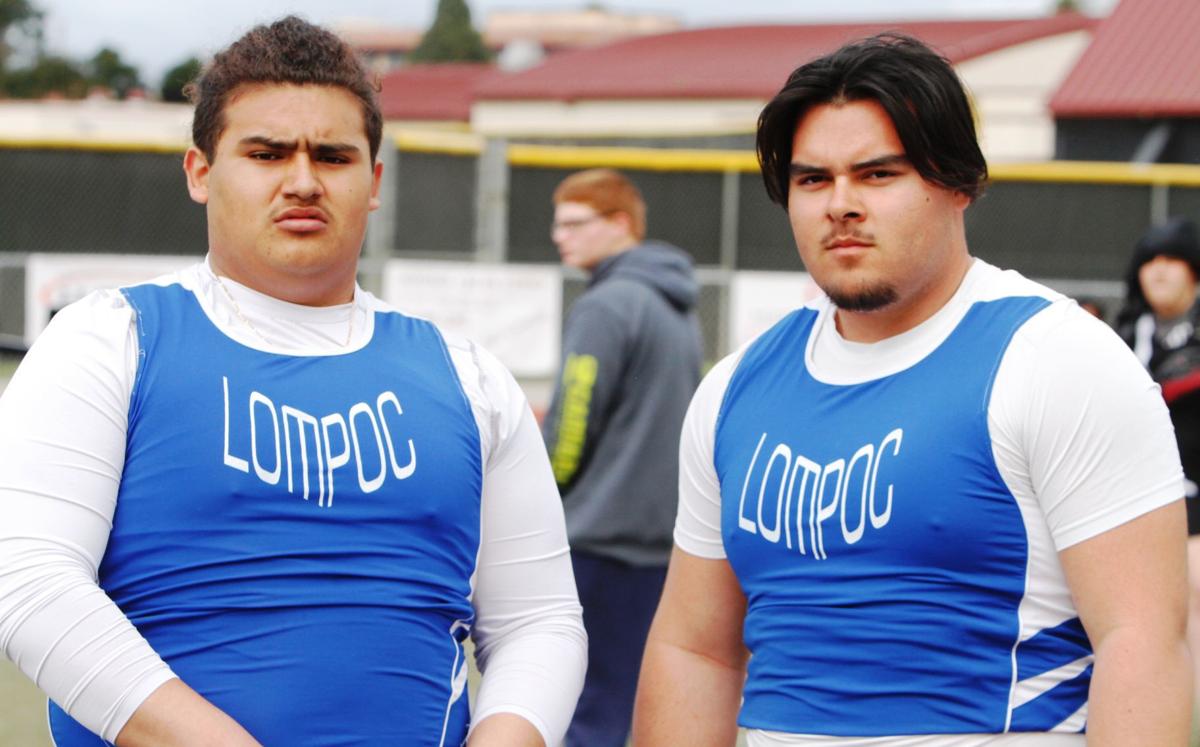 Lompoc's Juan DeLuna and Jovany Lucatero pose for a photo between shot put rounds at a 2018 Los Padres League meet, have continued to beat the competition after moving to the Channel League in 2019. 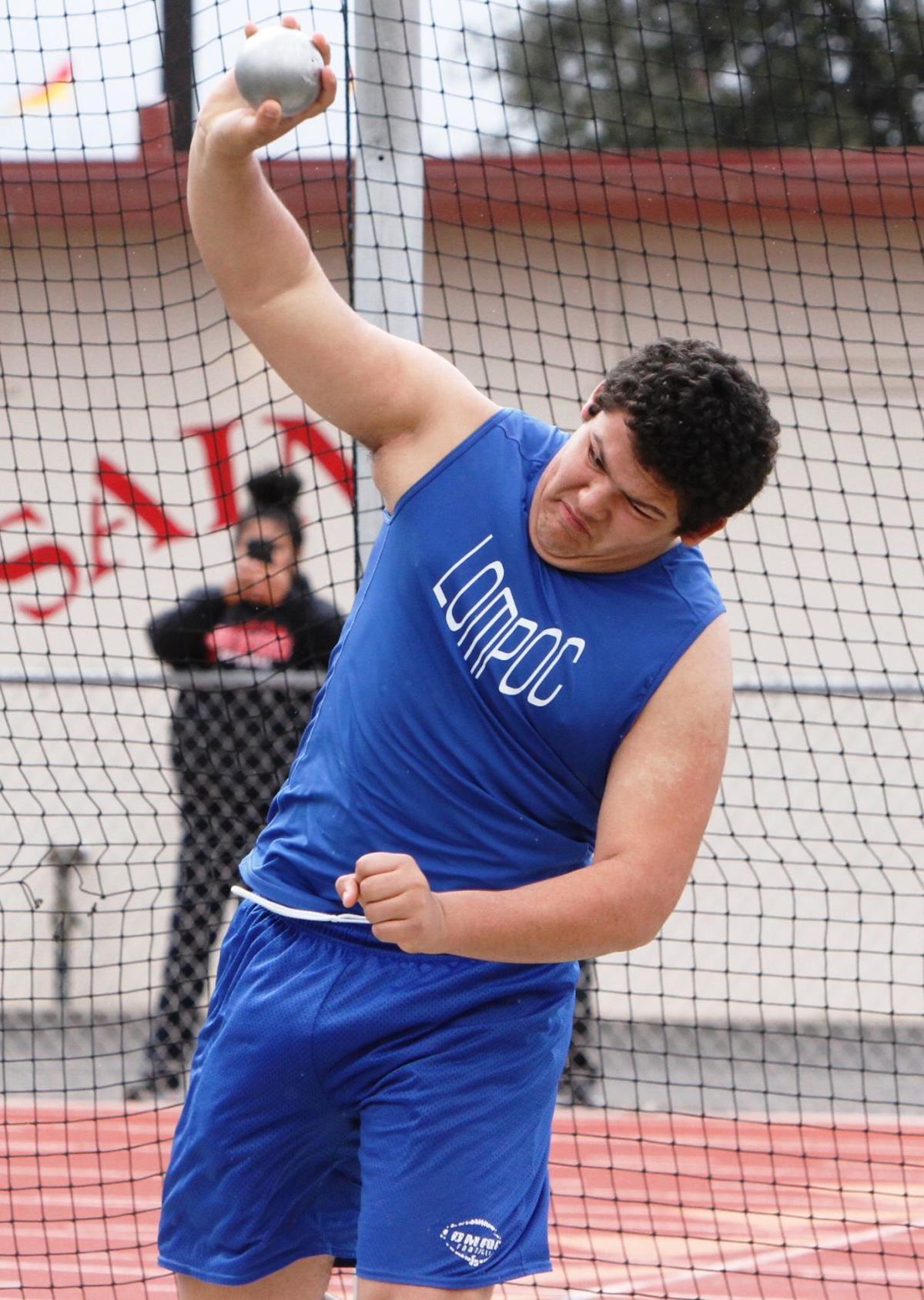