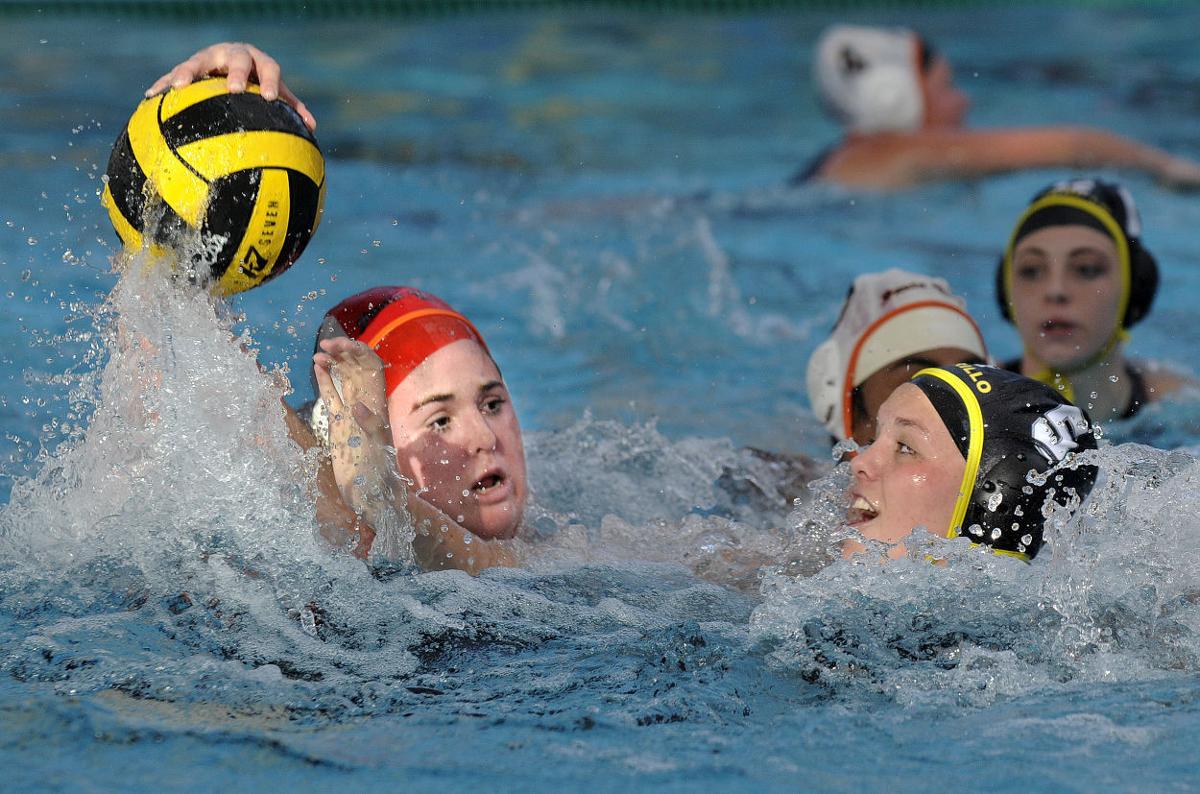 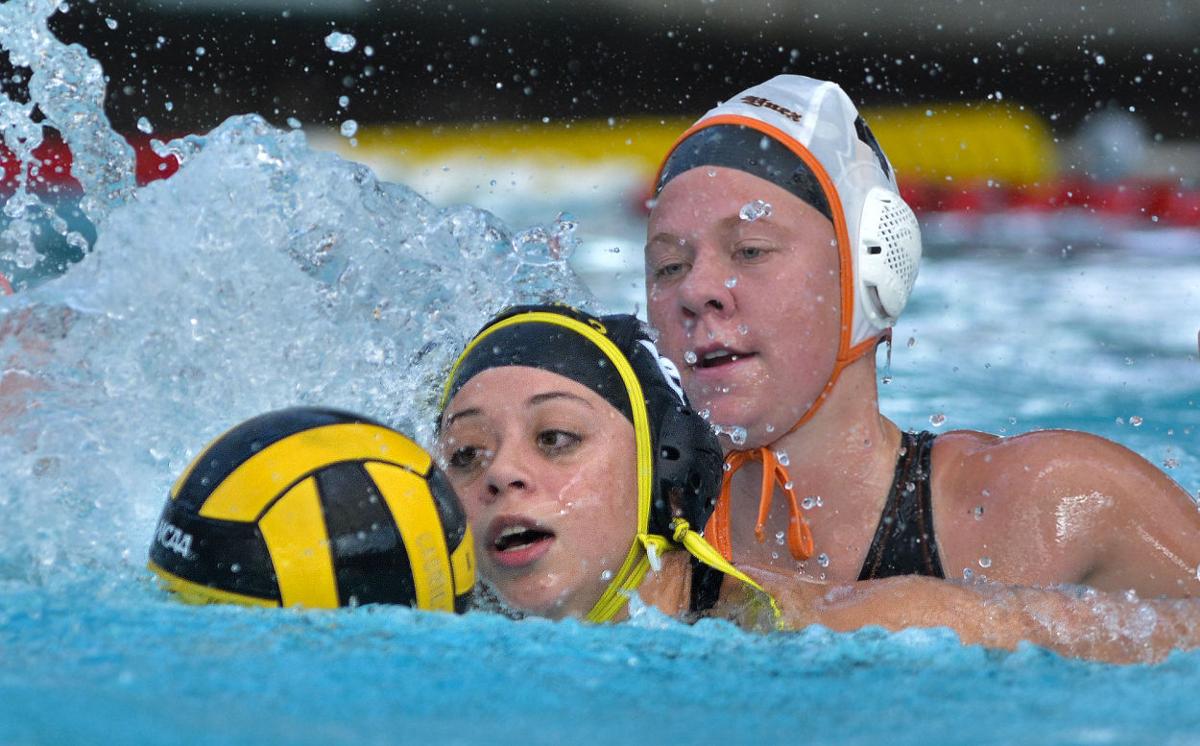 Cabrillo's Meagan Vail gets ahead of Santa Ynez' Eliza Nash during their game. Vail finished with two goals in Cabrillo's win. 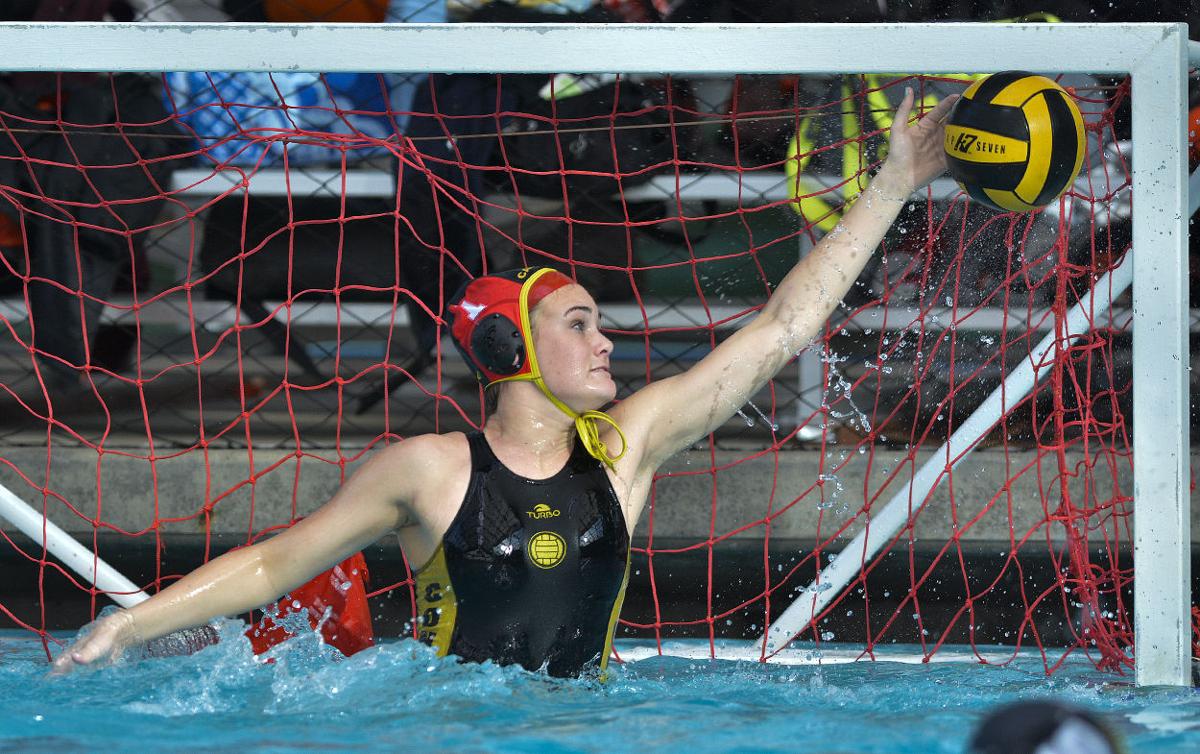 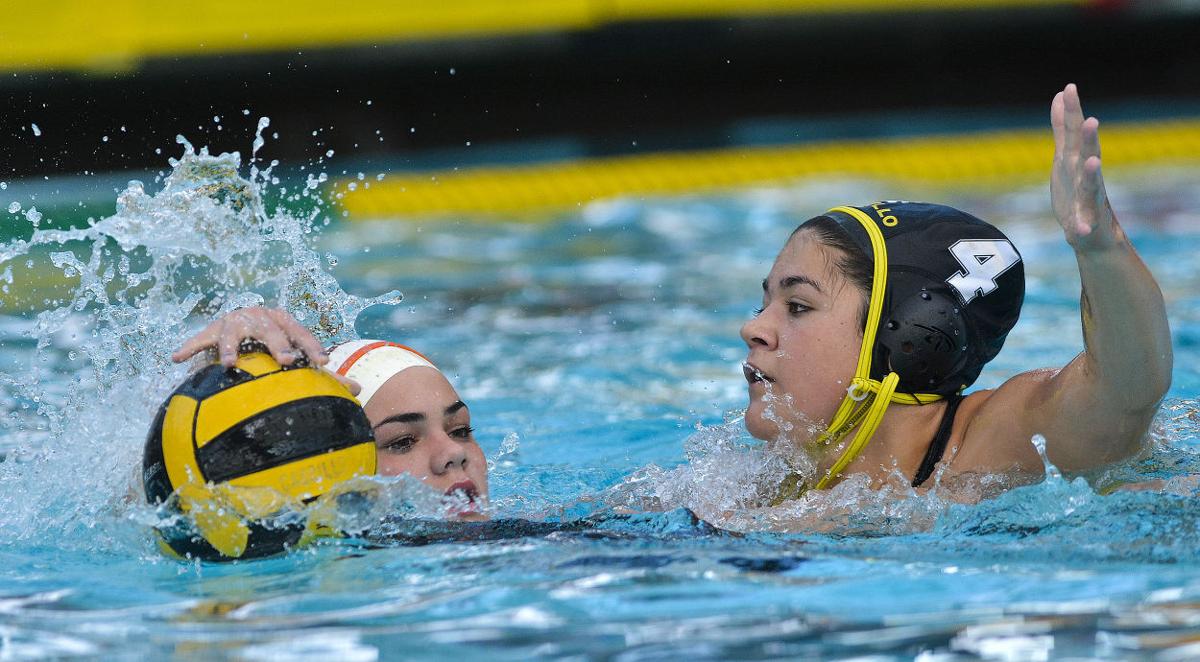 Cabrillo High's girls water polo team is an unstoppable force this season in the Los Padres League, winning 19-4 against Santa Ynez on Wednesday at the Lompoc Aquatic Center. The game was the first for interim head coach Jeff Dacus, who replaced Jared Clark after the first-year coach resigned last week.

Clark resigned because of personal reasons, said Dan Troup, Cabrillo's athletic director. Troup said it was unfortunate that Clark could no longer coach the team but wouldn't elaborate on the reason Clark stepped down. A phone call to Clark wasn't returned.

Dacus said he was officially brought on as interim for the Morro Bay game on Jan. 14, which Cabrillo won 16-2, but he took on an observer role to watch and learn about the team.

Dacus said it helps that he knows the players from teaching in school and coaching swimming. Jessica Breen —  an assistant for the girls team — is staying on to help and Scott Alvarez — an assistant for boys water polo and the girls swim coach — has joined the team of coaches tasked with keeping what is shaping up to be a great season on track.

Junior Rylann Scott and senior Tori Bray are leaders for Cabrillo (13-5, 3-0) and they said the team is focused on the same goals they had before the season started: Extend the program's league championship streak and win CIF.

The team's family atmosphere is helping the group as the team manages the coaching transition, Scott said.

Bray said "nothing has changed" since the beginning of the season, when the group saw how much they've improved since last year.

Cabrillo beat Santa Ynez last season by scores of 10-8 and 9-8 in matches that lived up to the physical history of the area rivals. There was no drama in the pool on Wednesday.

The Conqs led 5-1 at the end of the first quarter and didn't slow down on the way to a dominant 12-2 halftime lead.

"We came out going hard and not letting down," Bray said.

The Pirates struggled to set up their offense and couldn't keep up on defense against the stronger and faster Conqs. Cabrillo routinely had easy scoring chances on breakaways built off stifling defense or found Bray in half-court sets.

Bray scored six goals and was one of nine Conqs to score in the game. Scott had 12 saves and two assists.

Cabrillo's second team goal requires the Conqs get past the semifinals of Division 6, which is the round in which they lost last year.  Scott said the loss "made us even stronger as a team."

The Conqs have tested themselves against several of the best Division 3 teams in the area and against other top section teams in tournaments. Cabrillo has beaten Righetti once and lost twice, including 6-5 on Jan. 9 in the Arroyo Grande Tournament.

"I like playing those teams because it gives me a chance to test myself and everything I've been working for," Scott said. "When we're able to play those better teams, we're working harder and can accomplish a lot more."

Hard work is not something the Conqs shy away from, Bray said. There's a high level of commitment from the entire roster.

"We don't have anyone that doesn't want to work hard," she said. "To go to practice and stay focused is not a hard thing because we all want the same goal. Just by us being there together, we'll be fine."

The Conqs' desire and work ethic has been apparent to Dacus since he started working with the group last week.

"They have their sights set pretty high in CIF," Dacus said. "CIF is a monster. Who knows what can happen in CIF."

Cabrillo's Meagan Vail gets ahead of Santa Ynez' Eliza Nash during their game. Vail finished with two goals in Cabrillo's win.