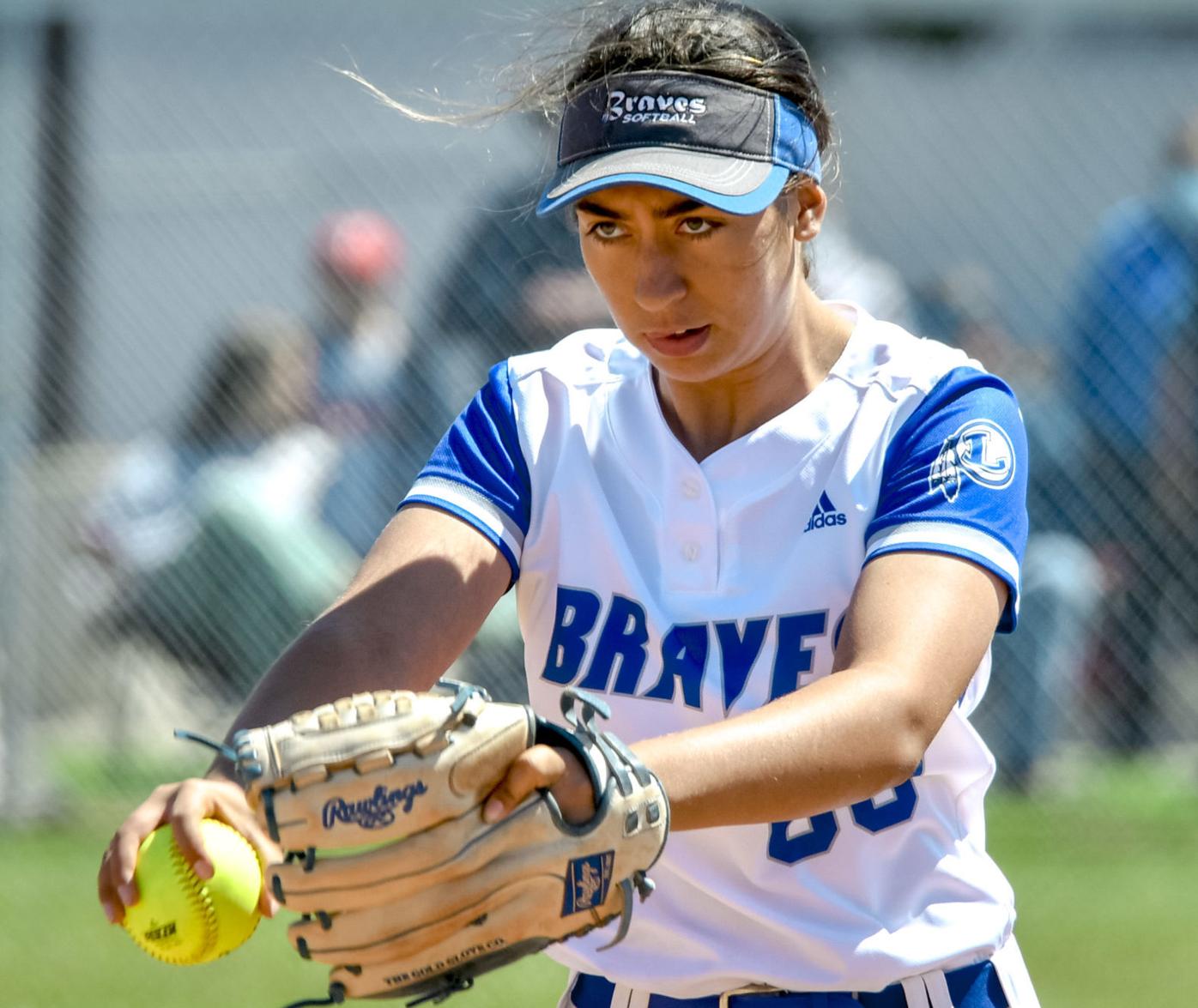 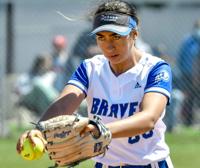 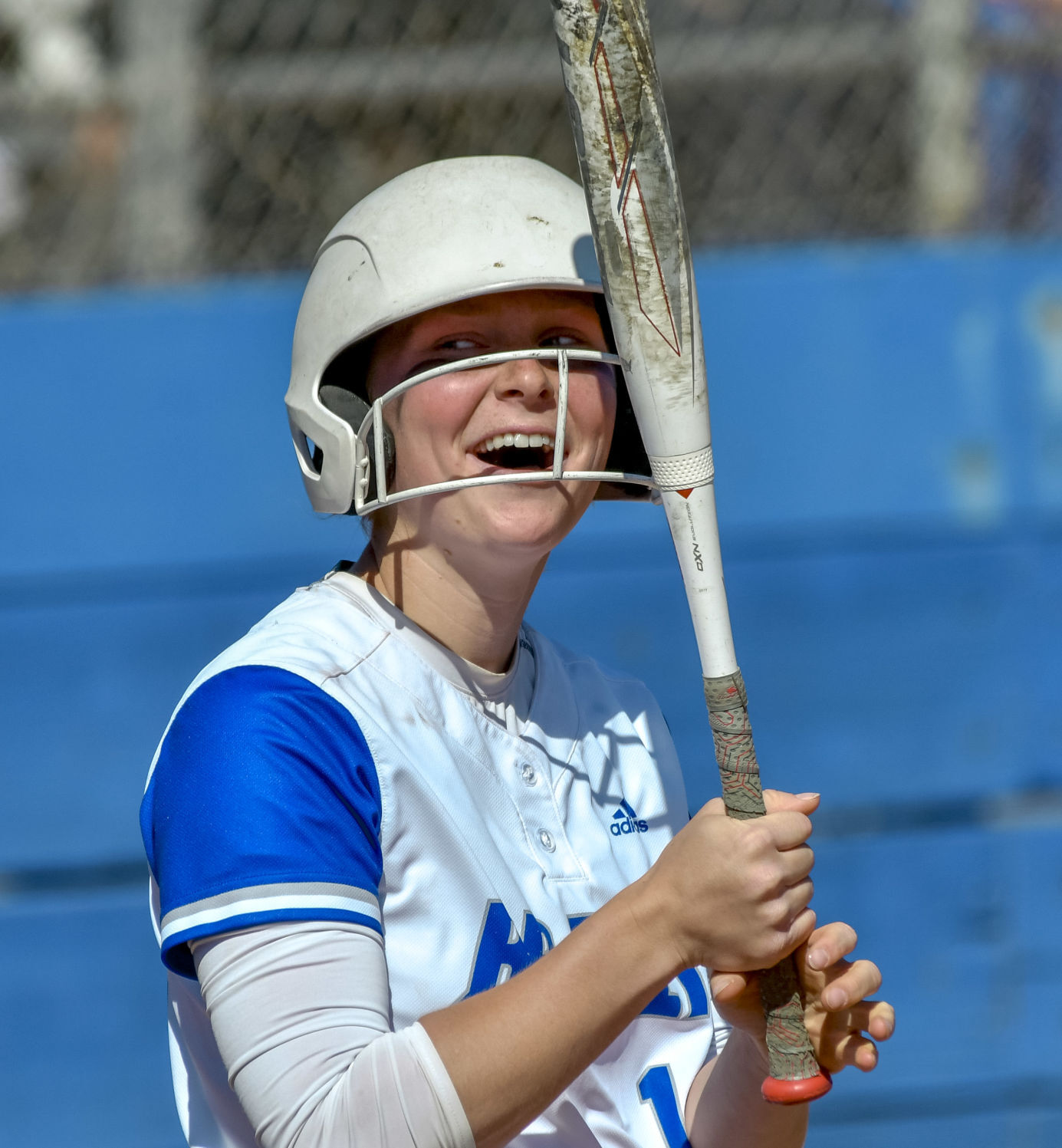 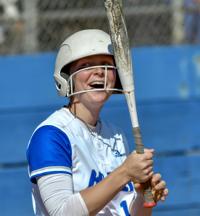 Lompoc’s Haley Larsh smiles as she waits to bat against Rio Hondo Prep. 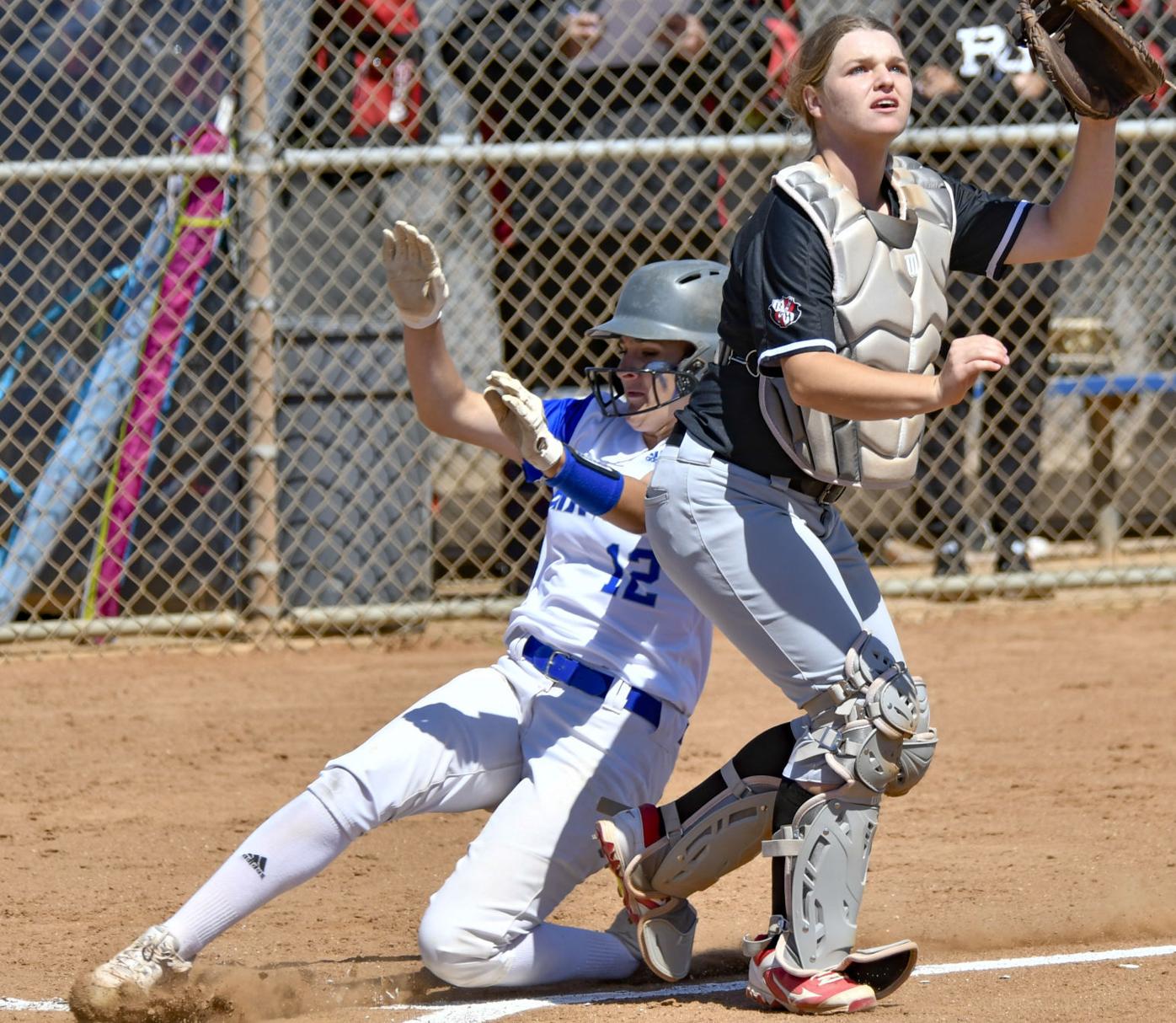 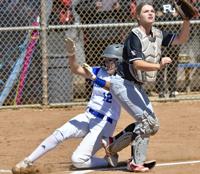 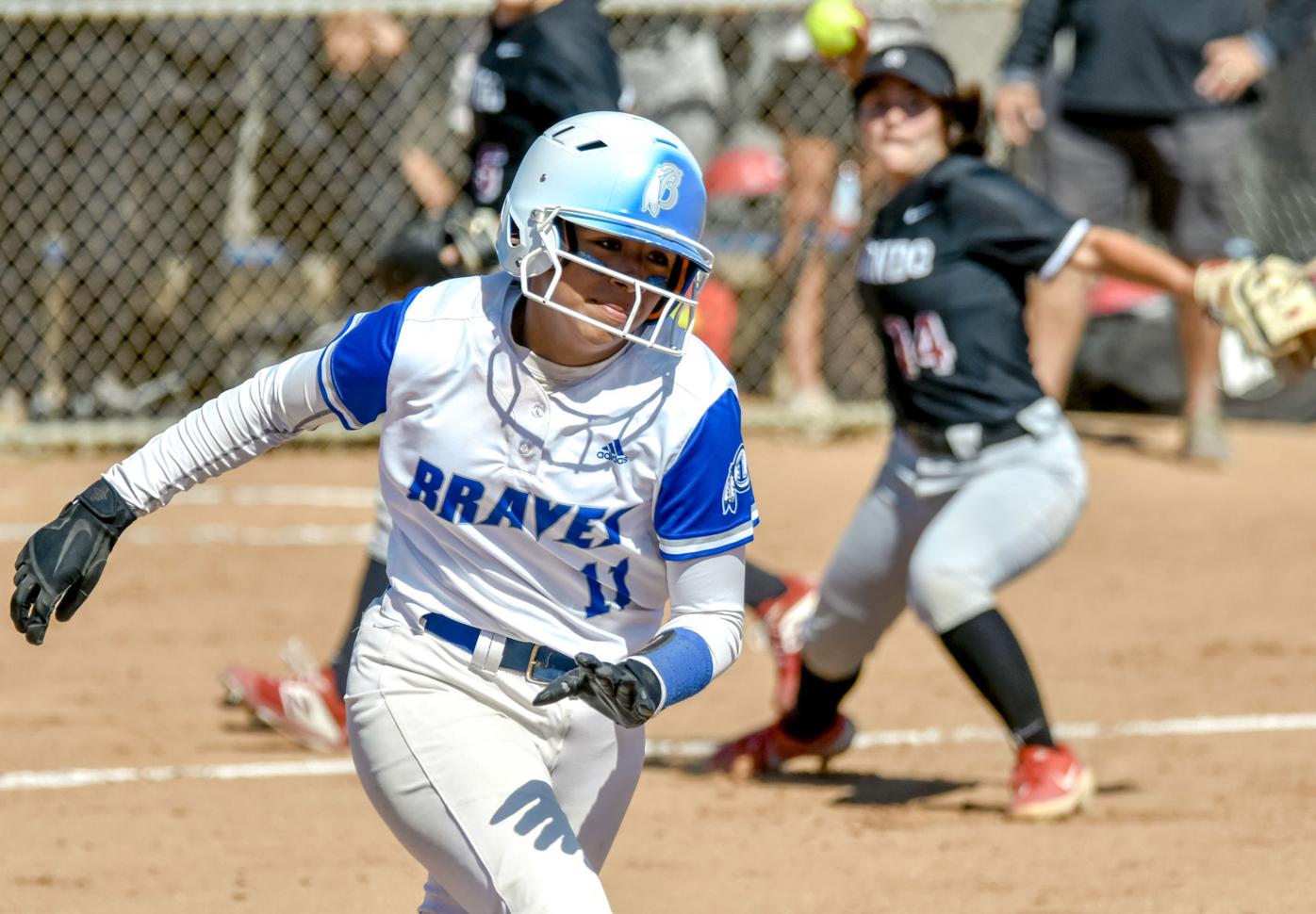 Lompoc’s Shea Armenta runs after bunting on her way to a single as Rio Hondo Prep’s Rachel Chang tries to throw her out. 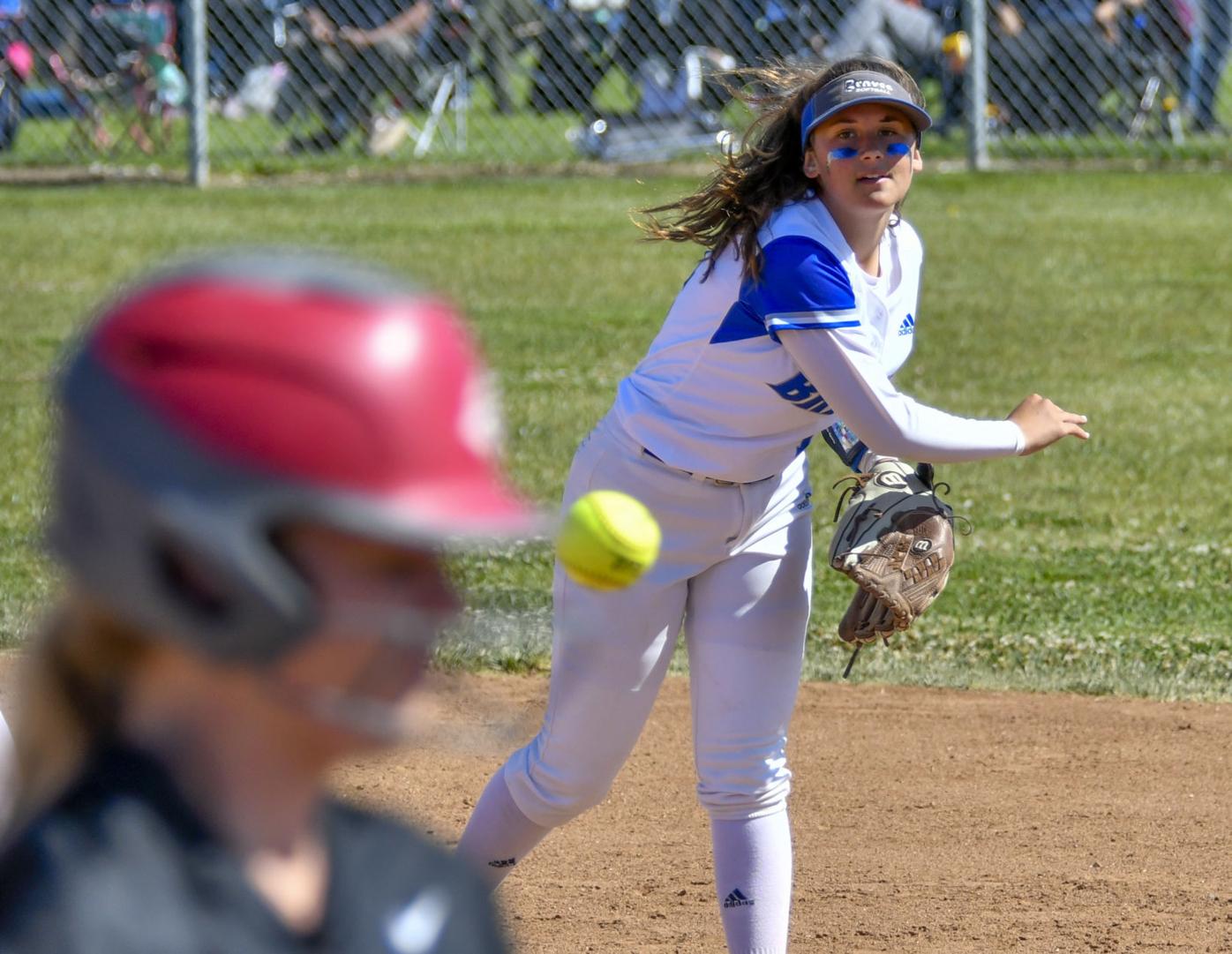 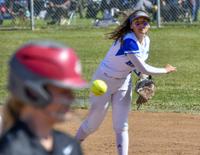 Lompoc’s De'Vonnah Montague tries to throw out a Rio Hondo Prep runner at first base. 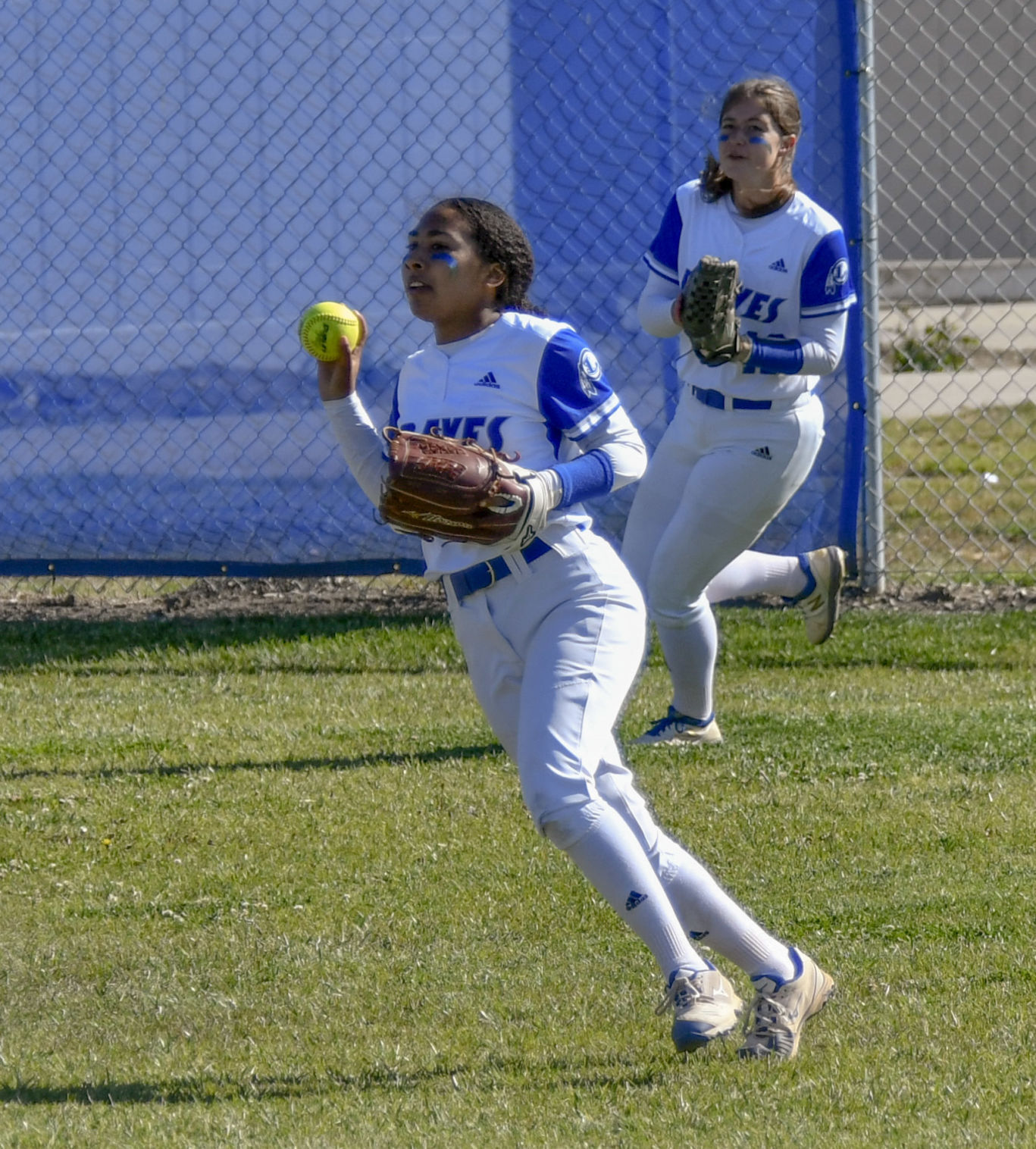 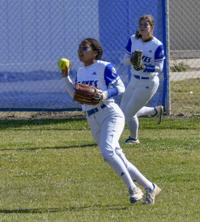 Lompoc’s Haley Larsh smiles as she waits to bat against Rio Hondo Prep.

Lompoc’s Shea Armenta runs after bunting on her way to a single as Rio Hondo Prep’s Rachel Chang tries to throw her out.

Lompoc’s De'Vonnah Montague tries to throw out a Rio Hondo Prep runner at first base.

Orange Vista's Christyona Arballo found a way to do what seemed impossible: Slowing down the Lompoc offense.

After the Braves scored 44 runs in their first three playoff games, Arballo shut the Lompoc offense down in a 6-0 win in the semifinals of the CIF Southern Section Division 3 playoffs on Friday.

Arballo needed 92 pitches to limit the Braves over seven innings as Lompoc produced just one hit on the day.

Lompoc starter Briana Reitmeier was pretty solid herself. She only allowed four hits over a complete game performance. She struck out seven. The Braves committed four errors.

All six of Orange Vista's runs came in the sixth inning.

Lompoc's made the semifinals with with a 15-1 win over Arcadia Rio Hondo Prep on Tuesday, June 8.

The Braves won three playoff games, scoring in double-digits in each one. Lompoc beat Panorama City St. Genevieve 10-2 in the first round last week before crushing Canoga Park Faith Baptist 19-0 in the second round. Those were both road wins.

The Braves finally got to play at home and made the most of it, scoring 10 times in the bottom of the first inning.

The Braves played at No. 2 seed Perris Orange Vista in Riverside County after losing a coin flip. That made for a 450-mile round trip from Lompoc High, which is the No. 3 seed.

Haley Larsh, who had two home runs in the win over St. Genevieve and three RBIs against Faith Baptist, had five RBIs and four hits against Rio Hondo Prep.

The No. 3 hitter, Cheyanne Cordova, went 2-for-5 with four RBIs and two runs. Cordova hit a two-run homer to put the Braves up 10-0 in the first.

Reitmeier, the Braves' pitching ace, had two hits. Audrey Elizondo scored twice and had a hit for Lompoc.

Shea Armenta went 2-for-4 with a run and Rita Hernandez pounded out three runs and scored once.

Savannah Rounds had two hits, two runs and an RBI.

Devonnah Montague had two RBIs and a run on one hit. Yvette Rodriguez and Pattie Matzie also scored one run apiece.

The Braves ponded out 18 hits as Rio Hondo's Tatiana Foor threw 109 pitches. The Braves struck out just three times on the day.

The Kares only had three hits. Reitmeier went five innings and struck out eight while allowing two hits and one run. She walked two batters. Cordova pitched the final two innings, striking out two while allowing one hit.

Perris Orange Vista is 17-4 and won the Sunbelt League title. The Coyotes beat Azusa (14-2) 4-2 in another quarterfinal Tuesday. Orange Vista has scored 23 runs in its four playoff wins while the Braves have scored 44.