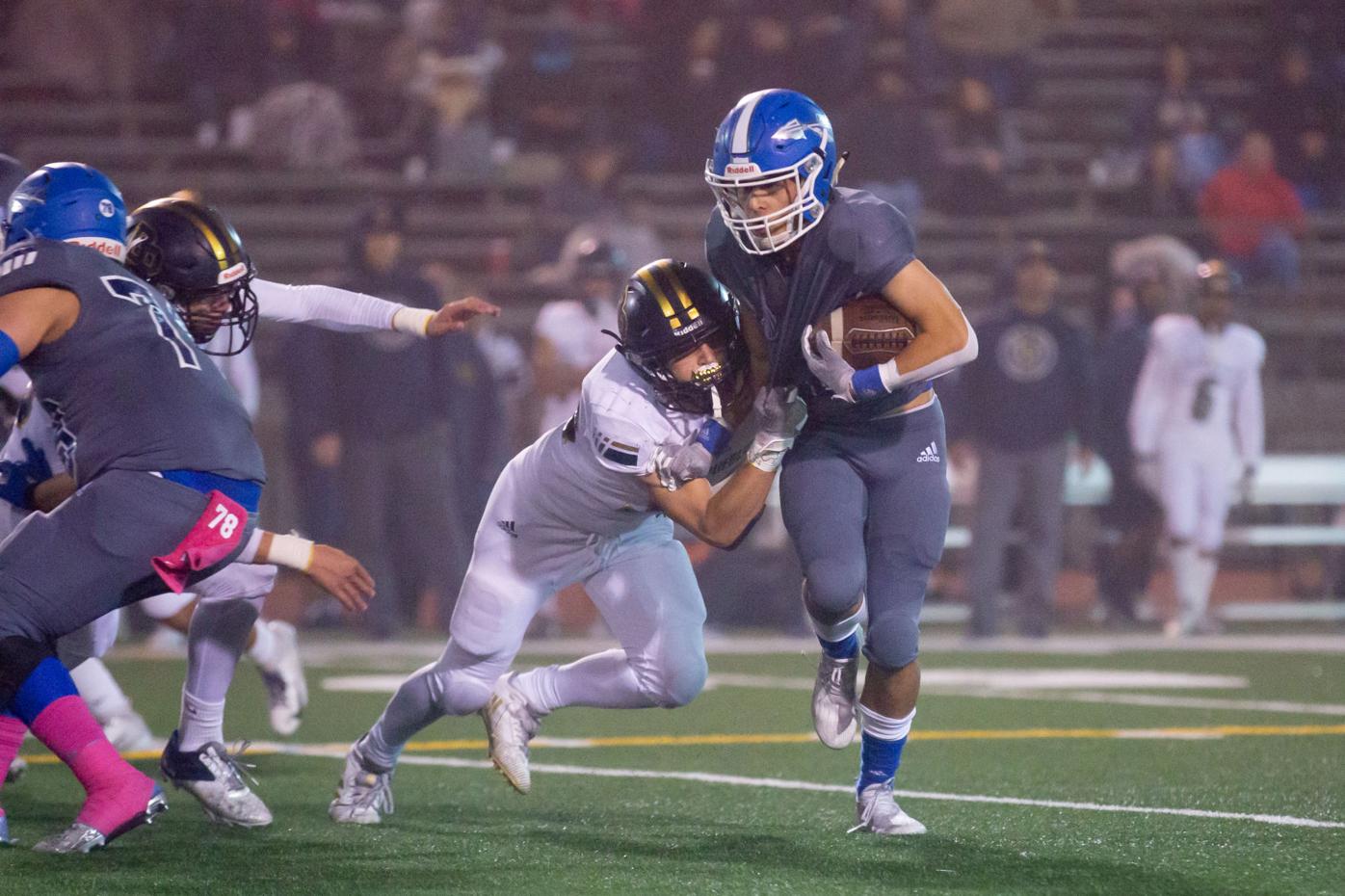 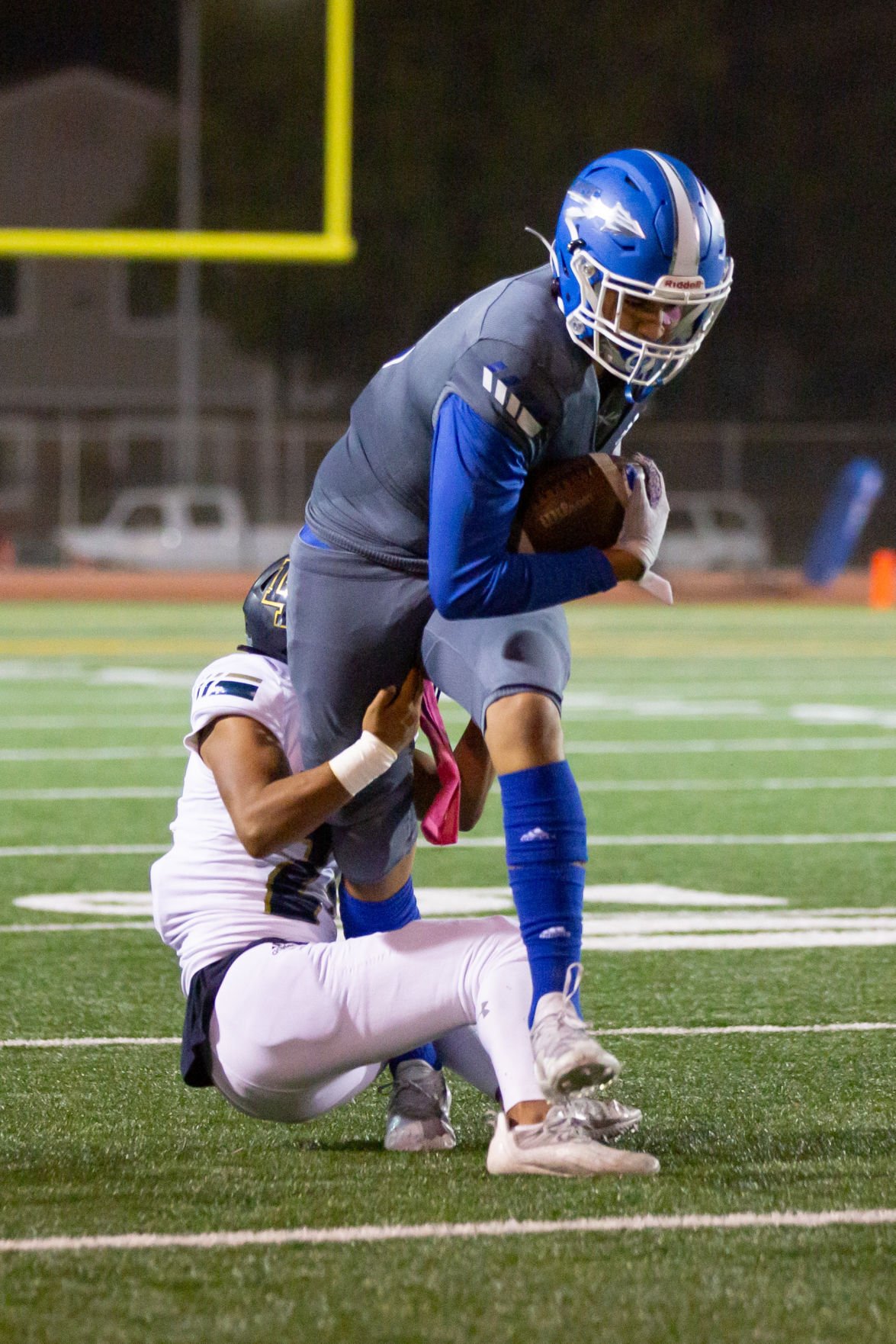 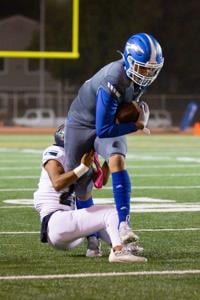 There are plenty of fans of the new high school football playoff format in Lompoc this week.

The Lompoc High football team learned Sunday morning that it had earned an at-large bid into the CIF Southern Section postseason after finishing 5-5 in the regular season.

Lompoc started the year 3-0, then lost five straight games before finishing the season with back-to-back 60-point performances to get to .500.

That was enough for the Braves to earn an at-large bid. They were placed in the CIF Southern Section Division 9 bracket and earned the No. 3 seed in the division.

This is the first year that the CIF Southern Section is using a playoff format where regular season performance factors into the playoff groupings. Typically a two-year cycle of results is used to determine playoff divisions before a season begins.

In recent years, Lompoc has been bumped up all the way to Division 3 in the CIF Southern Section. They've also played in Division 5. This season, the CalPreps power rankings put the Braves in Division 9.

They were forced to earn an at-large selection this year after finishing in fourth place in a daunting Channel League, finishing behind league champ Oxnard Pacifica, second place Oxnard Rio Mesa and Santa Barbara, which took third place.

The Braves ended their five-game skid on Oct. 22 with a 64-28 win over Oxnard. They then throttled last-place Dos Pueblos 60-7 on Friday.

Six-team leagues are only guaranteed three playoff spots, which go to the top three league finishers.

When the final rankings were compiled, Lompoc was the No. 3 seed in Division 9. Western is the No. 18 team in the division, per CalPreps, but earned an automatic playoff spot with its 7-2 record and 5-0 Orange League title.

The top-ranked team in the division is Laguna Beach, which is 9-1. Rialto Eisenhower is the No. 2 seed and will host Ventura, which finished third in the Pacific View League behind Buena and Santa Ynez, which is in the Division 8 bracket, playing Elsinore on the road Friday.

Western employs a pass-first offense led by sophomore quarterback Anthony Luna. He completed 144 of 247 passes for 2,194 yards with 25 touchdowns and 10 interceptions.

Joshua Faulkner helms the Pioneer defense, leading the team with 15 tackles-for-loss and 80 total tackles. Drew Faulkner has six interceptions on the season and Oscar Howard has five.

Lompoc quarterback Cavin Ross has averaged 240 passing yards a game this season, completing 153 of 243 passes for 2,161 yards with 23 touchdowns and nine interceptions.

Sheldon Canley Jr., the San Diego State commit, has had a tremendous senior season, rushing for 1,449 yards and 21 touchdowns on 158 carries this season. He averages 145 yards per game and 9.2 yards per carry.

Junior Rudy Elizondo has 31 catches for 417 yards and eight more touchdowns. Canley adds 23 catches for 306 yards and five scores out of the backfield.

Sophomore Nelson Maldonado has also been a reliable target, hauling in 20 passes for 298 yards and a touchdown. Tight end Marcos Maya adds 20 catches for 174 yards and a score.

Canley has found the end zone 27 times this season, 21 rushing, five receiving and one interception return.

Pacifica and Rio Mesa were both selected for the Division 5 playoffs. Santa Barbara is at North Hollywood Campbell Hall in Division 6.