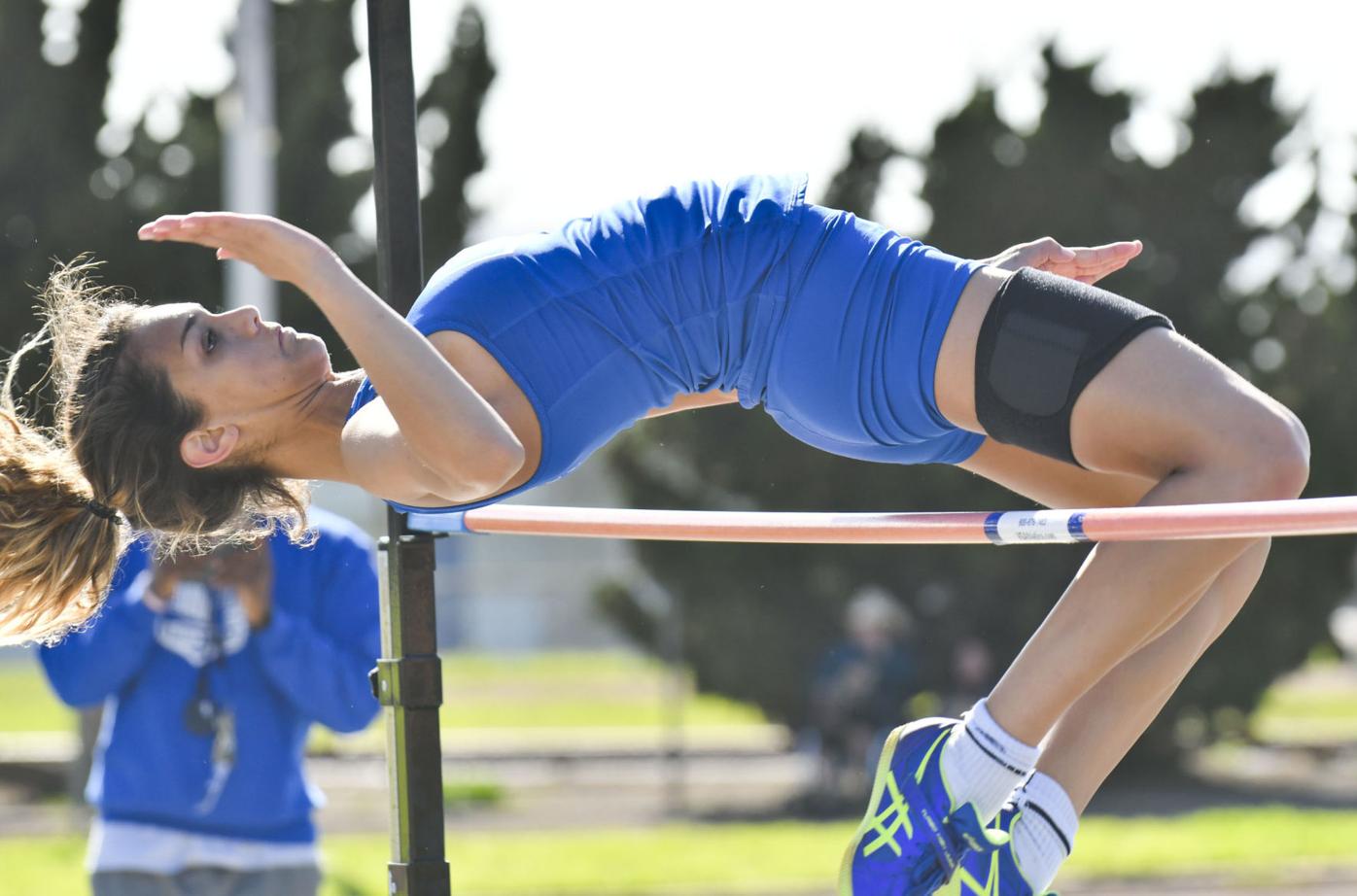 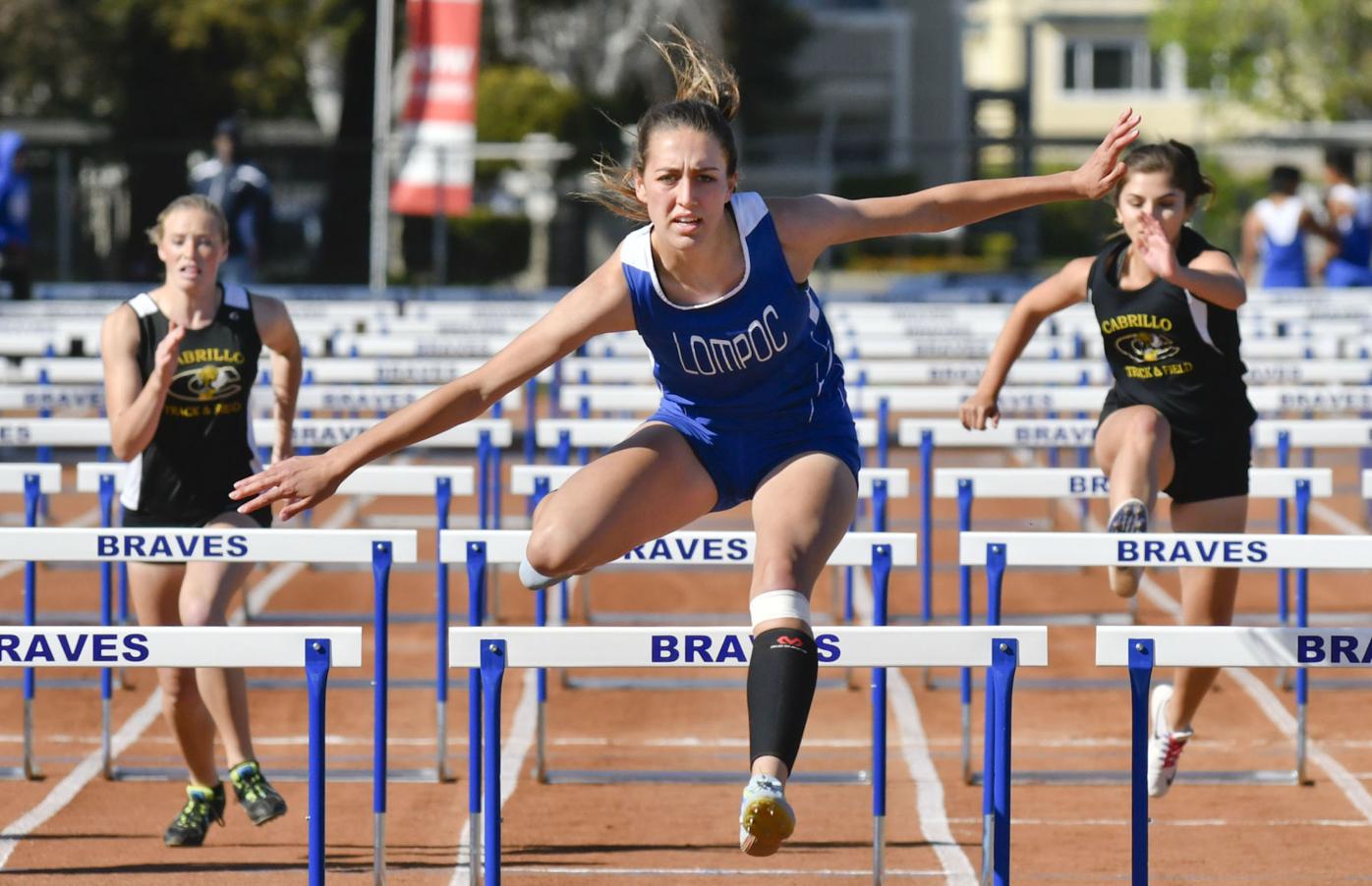 Lompoc's Kylie Yanez wins the 100-meter hurdles during a Los Padres League track meet at Lompoc High in 2017. There will be no high school track and field meets held at Lompoc's Huyck Stadium or Cabrillo High School in 2019 as both schools have moved to the Channel League. 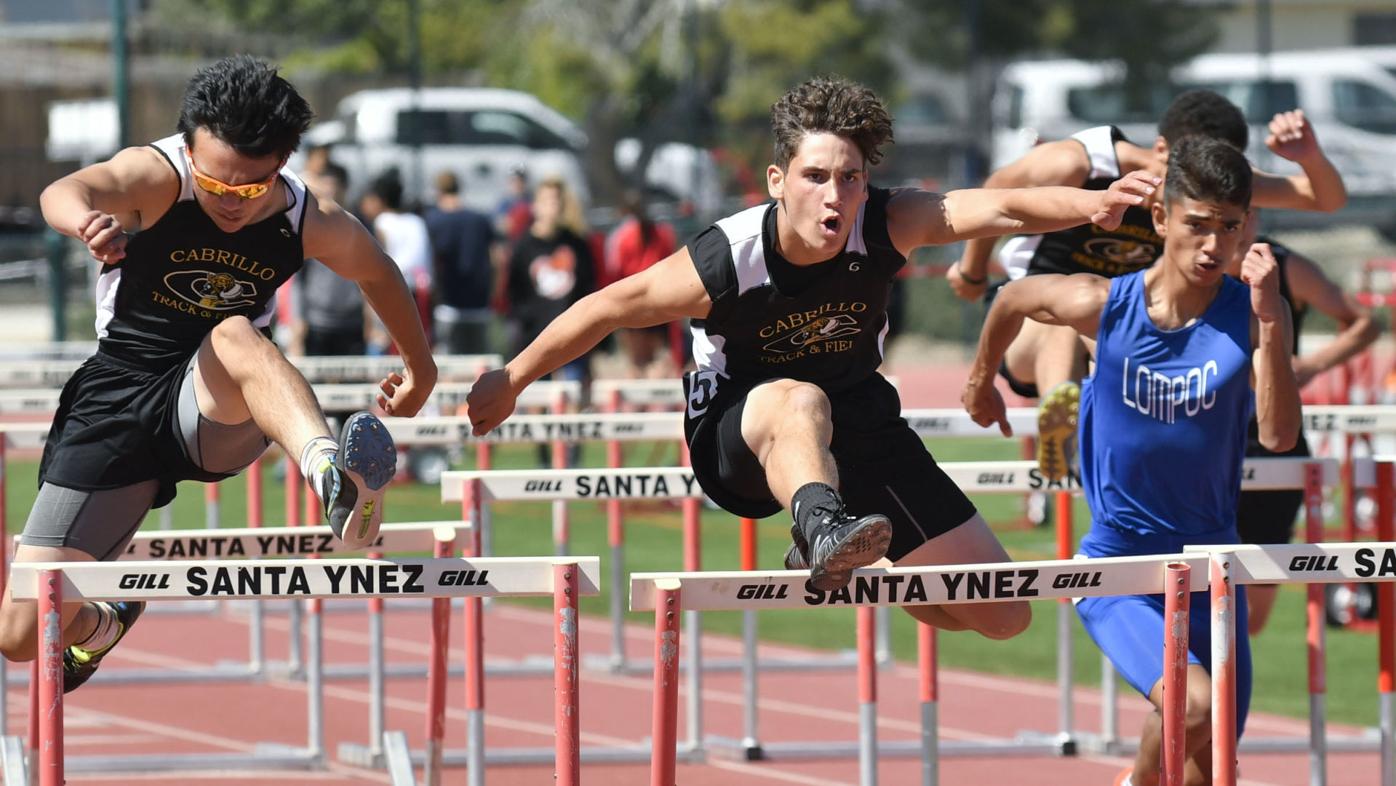 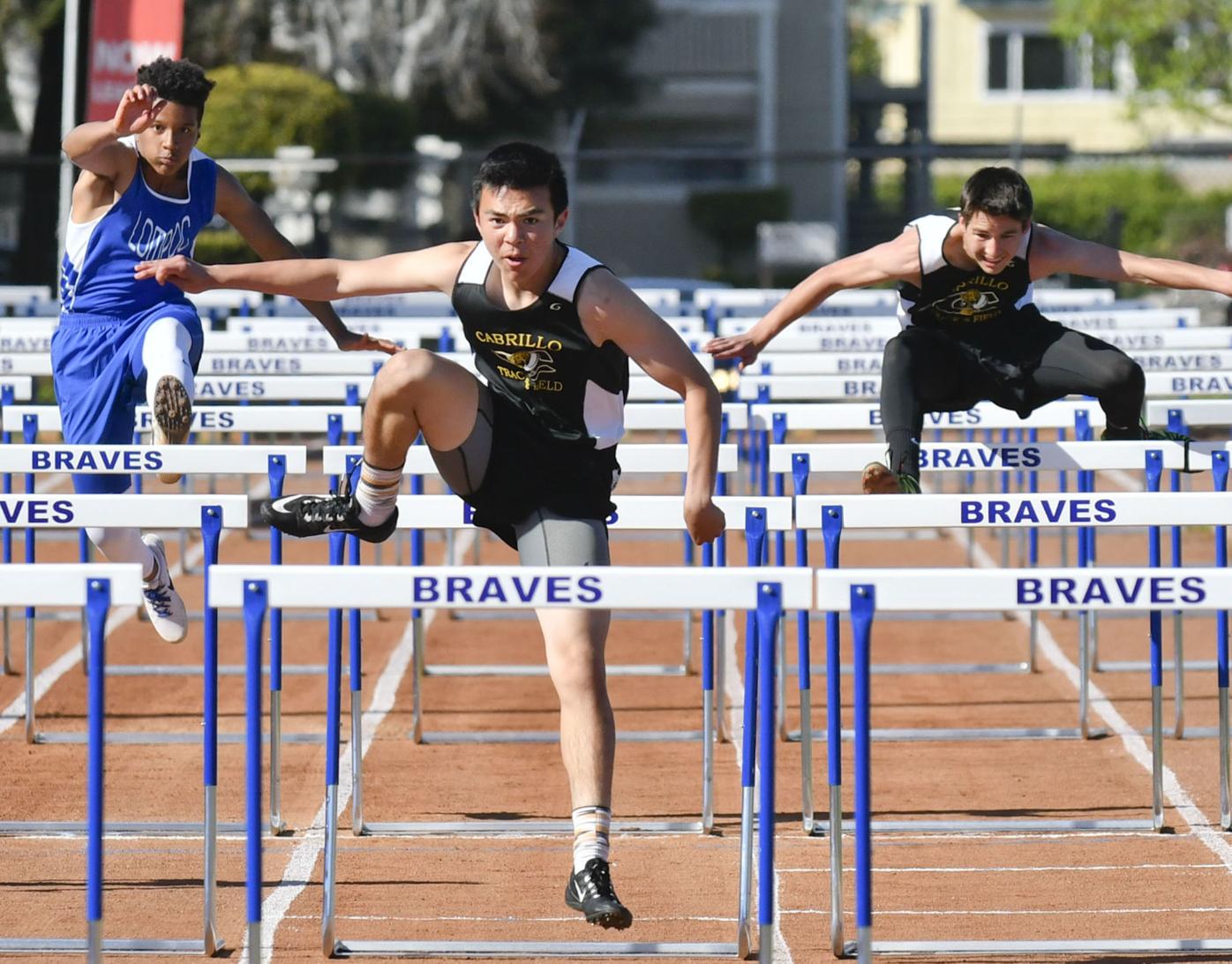 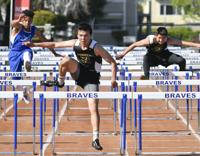 Cabrillo athletes compete in the hurdles in 2017 at Huyck Stadium. Lompoc and Cabrillo both hosted league meets at their respective sites as members of the Los Padres League, but won't host any meets this season.

Lompoc's Kylie Yanez wins the 100-meter hurdles during a Los Padres League track meet at Lompoc High in 2017. There will be no high school track and field meets held at Lompoc's Huyck Stadium or Cabrillo High School in 2019 as both schools have moved to the Channel League.

Cabrillo athletes compete in the hurdles in 2017 at Huyck Stadium. Lompoc and Cabrillo both hosted league meets at their respective sites as members of the Los Padres League, but won't host any meets this season.

This spring, the Lompoc Valley won’t be able to see its own high school athletes arrive with their spikes or their shot and discus at Huyck Stadium and Cabrillo High for track and field meets.

While this may be the first time in years that the region won’t experience any track events at local venues this season, the decision wasn’t made by Channel League officials.

Instead, it was an agreement by the track coaches and the athletic directors at both Cabrillo High and Lompoc in an effort to put their own track athletes on an even playing field with the other Channel League schools that do feature CIF-sanctioned tracks.

Times hit on the dirt lanes at Cabrillo and Huyck Stadium do not count as CIF qualifying marks.

Instead of dealing with the hassle of lining up the tracks with white paint and potentially dealing with several puddles of mud from rain storms, both the Conquistadores and the Braves will be running on a synthetic surface throughout the season at places like Santa Ynez, Dos Pueblos and San Marcos.

While the move means that parents and friends of the athletes will have to take the drive to SYHS or the Santa Barbara region to catch a track meet, all parties believe that this decision is beneficial for this season’s haul, especially for athletes aiming to hit a CIF qualifying mark.

Troup clarified the choice in an email to The Record.

“First, no Channel League rule exists that prohibits either Cabrillo or Lompoc from hosting a dual track and field match. We did come to an agreement among our league schools to hold our T&F meets on CIF sanctioned tracks (all-weather tracks measured in meters (400) with nine lanes) in order to allow our student athletes to compete on the best possible surfaces and to provide the best opportunities to achieve CIF qualifying times and marks throughout the league season. The tracks at Lompoc, and especially Cabrillo, don't meet the criteria,” Troup said in an email.

Troup added that it had nothing to do with safety of the kids or security; two topics that were never mentioned in the meeting but more about qualifying times and having a suitable playing surface.

Troup included that during Cabrillo’s time in the Los Padres League, the Conqs held events that sometimes went to three teams or quad meets for league meetings.

Terrones said a meeting was indeed held to determine that it was best to have her own track athletes compete away from the dirt tracks along with Cabrillo.

“To be fair to all of the kids, we thought it would be best to host meets outside of our sites,” Terrones said by phone. “It was in the best interest of our kids. Our grounds people do an amazing job and work hard, but with us having a dirt track and everything else outside being synthetic, it made more sense.”

French described why it was better to have his athletes take their spikes and throwing gear down to Santa Ynez and Santa Barbara for C.L contests.

“We just feel like we’re giving the kids a better opportunity to score on a better track. It’s not that our track isn’t functional. We can use it. But the times (outside of CHS) will be faster and it will qualify them for CIF. That’s the real deal,” French said on Monday.

“It’s like this: If we only had an asphalt basketball court and Lompoc had a wooden one that was indoors, it is real simple. Is it easier to dunk off of wood or asphalt? Can you high jump better off of a synthetic surface or what we have here? The kids know they can jump better on the better surface. They want those opportunities,” French continued.

French added that CHS and LHS have established a solid relationship with the coaches of the Santa Barbara region programs.

“We’re trying to work with the Channel League. They’re great people,” French said. “We feel like it’s the best thing for our kids here to get them on good surfaces.”

The track season starts on Saturday, March 2 at the Oaks Christian Invitational at 8:30 a.m.