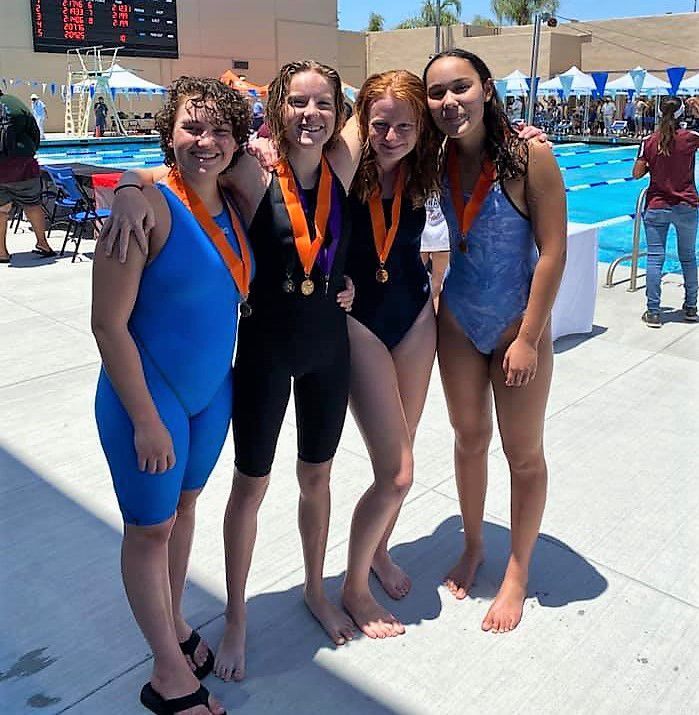 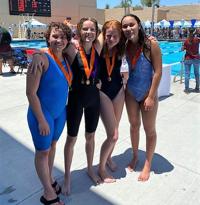 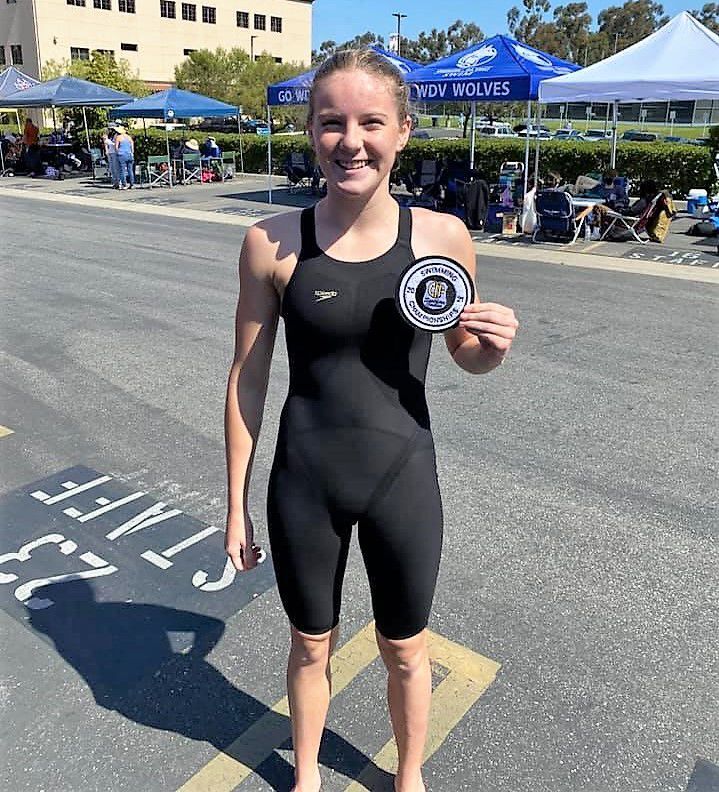 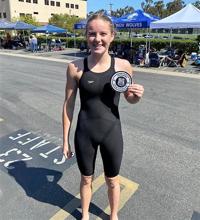 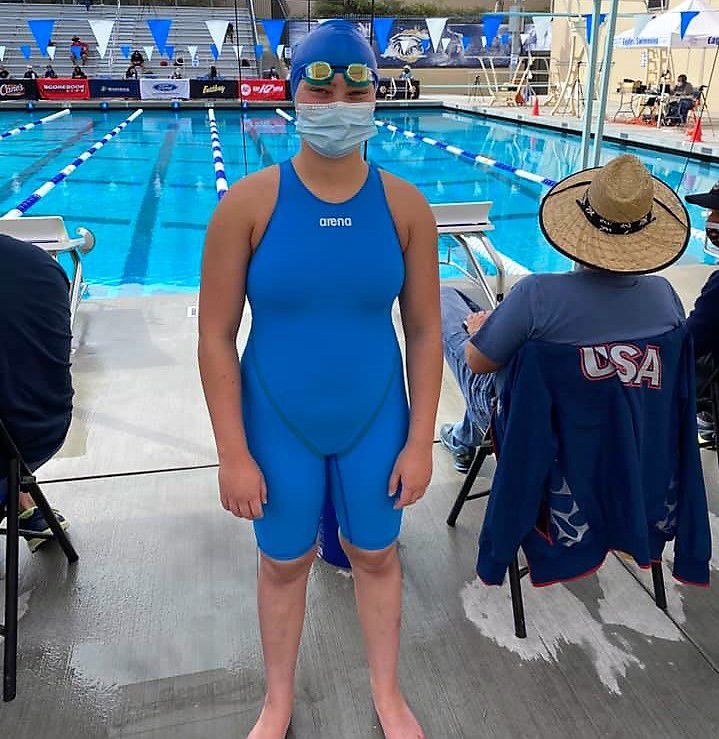 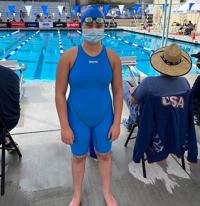 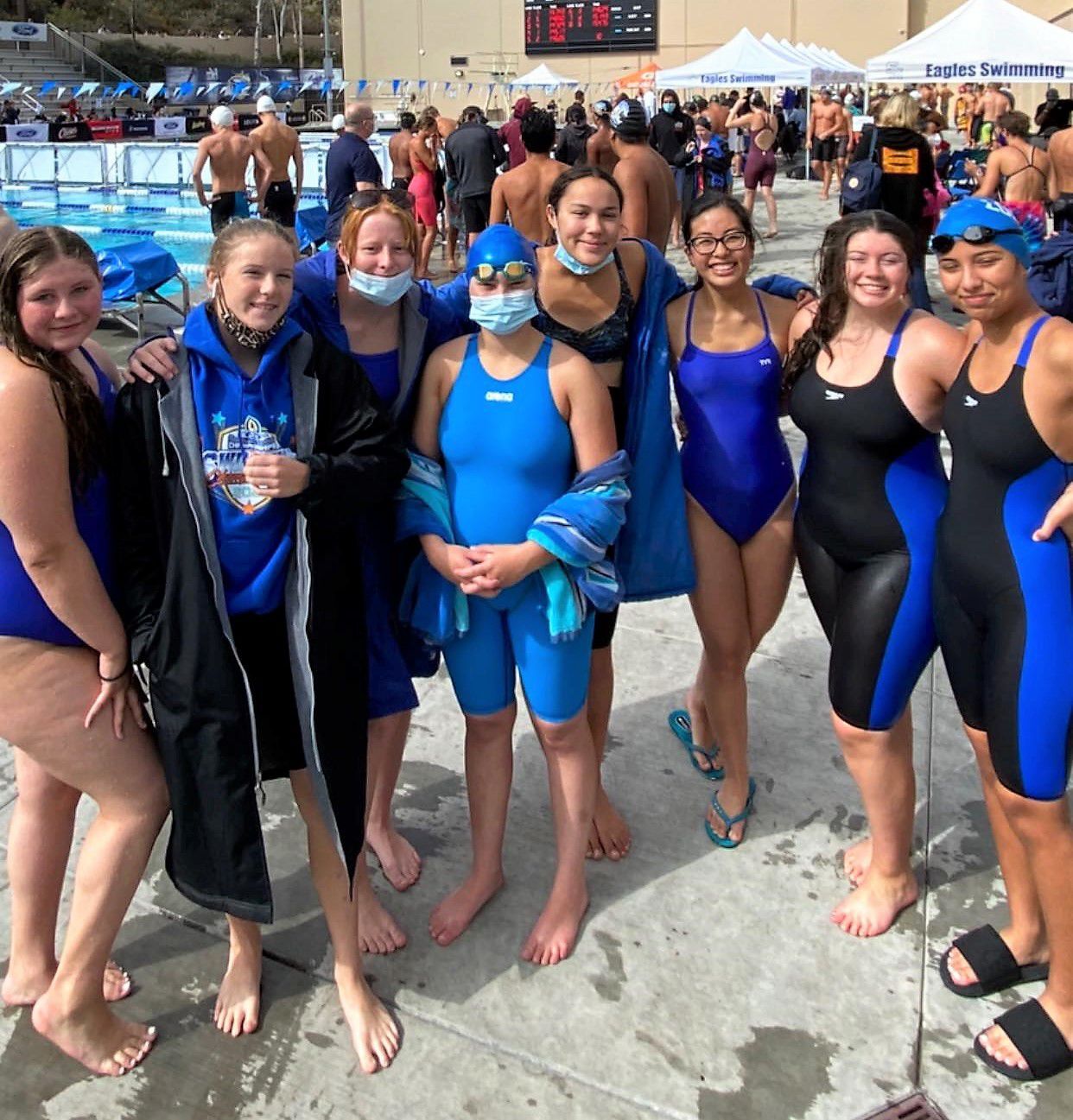 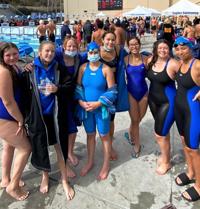 The Braves scored 81 points in the 44-team field.

Lompoc's 200-yard medley relay team placed 15th overall, with Delaney Winn-Goddard, Alexis Guerrero, Michelle Koga and Olivia McEachern swimming the four legs. Coach Christine Ur said it's quite the achievement for the group as this is the first year on varsity for all four girls.

Iwa Martinson came into the meet as first alternate and was called up in the second heat to swim at the last possible moment. She was ranked 17th and finished the event with a 27.78, finishing 11th overall in the event.

Martinson had one more individual event, the 100 freestyle. She placed 14th overall with a time of 1:02.1.

Next up, was the 200 freestyle relay. Shae Barron, joined by Aranguren, McCarley and Martinson, swam a personal best and placed ninth overall with a 1:55:10. This was the fifth-fastest time in school history.

McCarley had one more individual event: the 100 breaststroke and had the second-fastest time in school history with a 1:13.22. While she didn't break her own PR, she still swam a 1:13.70, medaled and placed seventh overall.

The last and, perhaps, most memorable event of the day for the Braves and senior Aranguren was the 400 relay as the 4x50 crew got together one last time, with Martinson, Shae Barron, Aranguren and McCarley swimming.

Coach Christine Ur said the girls had joked that they should 'just drop five seconds, again," as it seemed to be Aranguren's mantra from the last couple meets, having dropped significant times in her own 200 and 500 events, prior to the meet.

The Braves, though, did just that, dropping 5.1 seconds to be exact with a team PR of 4:13.70. This had the girls ranked a tentative 10th overall, as the final heat began afterwards.

"Towards the end of the final heat, the girls looked on, made peace with their swims, had some hugs and a couple of tears together," Ur said. "They wanted a medal for their senior, but were still happy and proud just to be 10th."

As the final leg of the relay continued, coach Ur pointed out that at least two teams, in this particularly faster heat, needed to really have an "off-day" so that Aranguren could get her medal. While very unlikely, it was still a funny anecdote, Ur said.

"Lo and behold, as the race came down to seconds, the first six teams finished strong and the last two came in and marked slower times!" Ur said. "The girls jumped and cheered at the realization that not only had they moved up and placed eighth, they had earned a medal for their departing team captain. It was the perfect ending to an otherwise unique and imperfect season."

So, how was the season for the Braves?

"It was amazing," Ur said. "We were told from the get go we would just have league meets. On top of that, we've been in a pretty tough league with the Santa Barbara teams. We respect that challenge, but we weren't quite able to aim for CIF right away. We have a tough league, but the CIF change from Division 2 to Division 4 was key. Everything took off from there when we knew we'd have a shot at CIF. The team moral went up. They had something to look forward to and it came to fruition. When the girls walked on deck, it almost didn't feel real. This was something we always talked about doing.

"Most of the girls are freshmen and sophomores, so that's really gratifying to see."

On the boys side, head coach Jeff Story had a top-three league finisher as Mark Ainsworth placed in the top three in the 500 and 100 frees, setting a top-five mark in program history in the 100.

The Braves are 13-5 overall after going 10-5 in the Channel League.

The Valiants are 9-5 on the season.