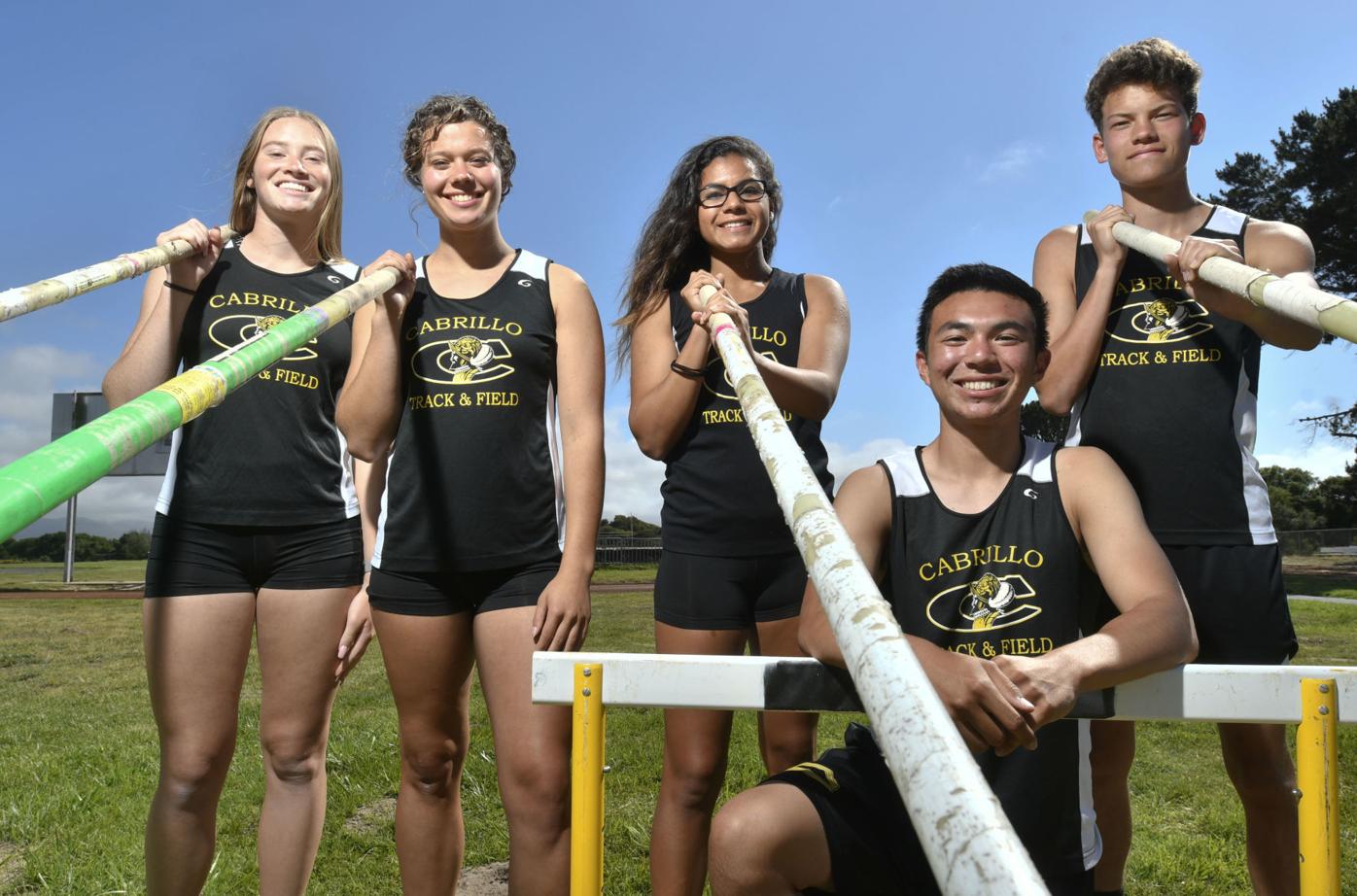 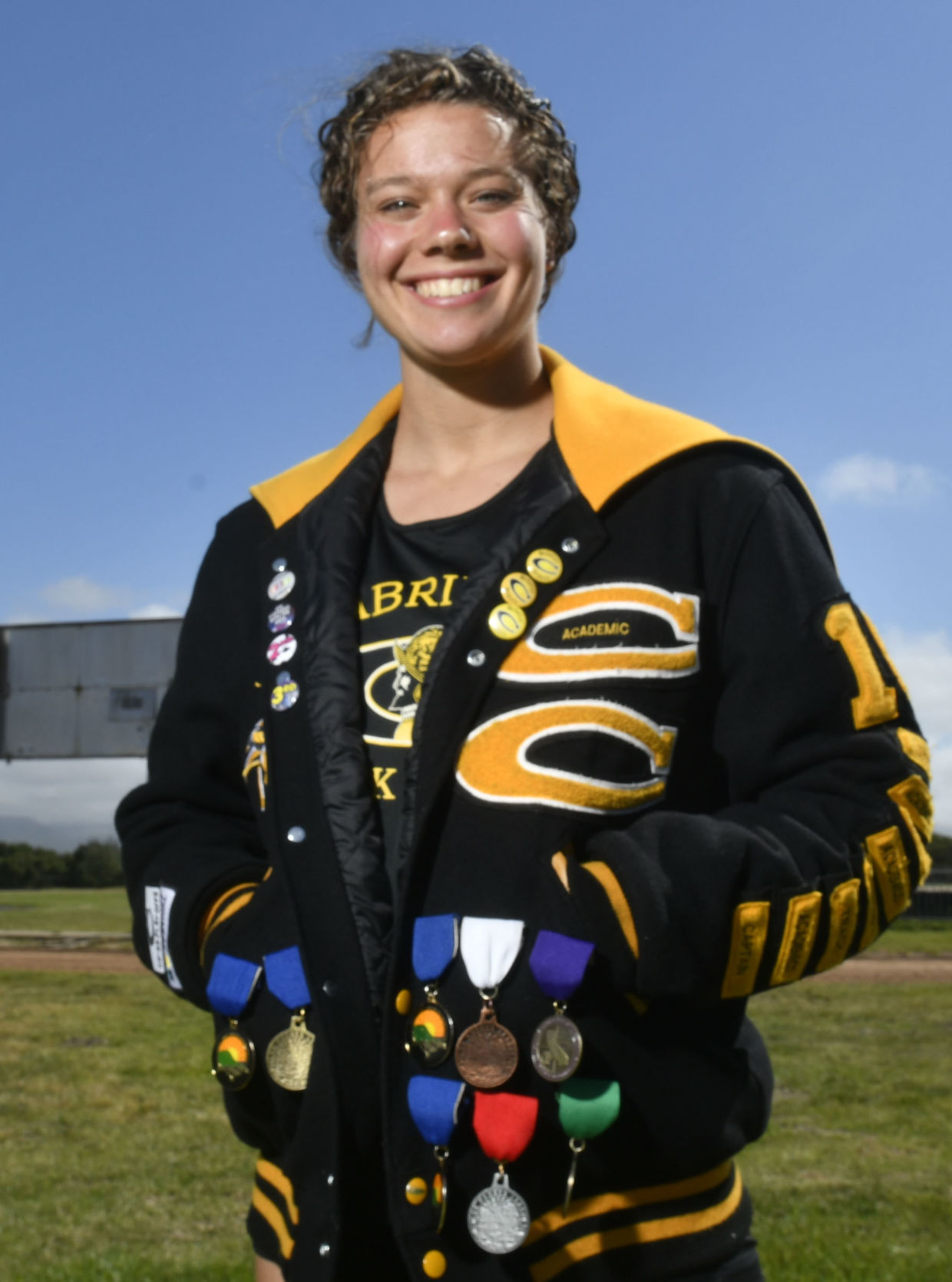 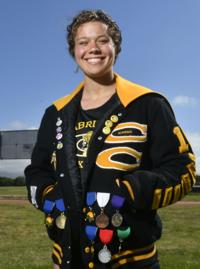 Of the five Cabrillo High track and field representatives who headed to El Camino College on Friday, four of them bury a long, flexible pole to the ground to elevate themselves to new heights.

The vaulting quartet plans to head down to Los Angeles County a day before to prepare for the meet.

For the eldest member Deming, she’s heading to Torrance with her name already etched in the CHS record books. She hoisted herself to a mark of 11 feet, 1 inch during the Los Padres League finals.

Plus, in her fourth and final season of high school track and field, Deming wants to finally move past the divisional finals and advance on to the Masters Meet and then the CIF State Meet held at Buchanan High in Clovis come June.

“It’s definitely going to be tough competition down there, but I’m really excited and I want to make it to state this year. In the past two years, I’ve made it to section finals but never past there. So I think it would be cool to finally get there,” Deming said. “I want to go out strong. I don’t want to end the season on a bad note.”

Deming plans to attend UCLA and study Psychology once her senior year wraps up. There’s the additional possibility of pole vaulting against Pac-12 athletes, she says.

“The UCLA pole vaulting coach said they want me to hit 12-6, and then decide if they’ll allow me into the program,” Deming said of the potential walk-on opportunity.

The soon-to-be 2018 high school graduate won’t be the lone vaulter this time from CHS. She’s being joined by two female teammates and one male in the event — fueling her excitement about this Saturday’s event.

McGraw will be the youngest competitor carrying the stick. However, she’s a seasoned veteran in the pole vault. She took up the event in the sixth grade while living in Gaviota. And McGraw shares her knowledge of the event with her fellow teammates.

“I’m the pole vaulter who’s been here the longest. I wouldn’t say I’m teaching but I would always catch other people’s steps and help them. I try to help them overcome something. We also film each other and show each other what we need to do,” McGraw said. “You’ve got to be technically sound in order to produce a good jump.”

She’ll be heading to Torrance as the first alternate for the pole vault, saying “They take the top nine (at the prelims) and I was 10 — so I’m the first alternate. So if one of the girls scratches at the meet, then I have an opportunity to jump.”

The junior Rodriguez is considered a young veteran with three years of vaulting experience. Yet, she admits she is stunned by her development and how she overcame a muscle strain to reach the D3 finals meet.

“I think it’s really amazing that I got here,” Rodriguez said. “I had a rough day at prelims with back pain and I couldn’t really jump. On one of my attempts, I had five seconds left on my third attempt at the bar — and I actually made it and the crowd went wild.”

Williams wants to brim with confidence before he hoists himself over the bar this weekend.

“I’m going in confident. My plan is to jump high, try to get a PR and hopefully, make it to Masters,” Williams said. “Last year, I made it to prelims and I placed around 11th. This year, I’m coming in more confident and trying to PR.”

If each athlete advances, then they will move on to the CIF Masters Meet set for May 26 at Arcadia High.

Ty Hernandez won’t have to worry about clearing 10 or 12 feet with a stick in his hand — but he does need to execute his own leaps to pursue a spot in the Masters Meet — as the junior will be gunning for the 300-meter hurdle Division 3 title on Saturday.

“You have to be extremely confident to run the 300-meter because it is not a race that you can run shy or scared,” Hernandez said. “If you do, you’ll get beat pretty bad.”

Hernandez secured the league title in the event and emerged as a standout in the 110 hurdles this season. He gives credit to the people who teach him the proper technique.

“I have to give props to all our coaches. They coached their tails off — and why Jackson Anderson, me and everyone else did well,” Hernandez said. “We preach being good in May because it’s May when everything matters.”

Hernandez says that he needs to reach the top nine to move on to Masters. He also needs to reach the low 38-second mark to qualify for state. He concludes that — like the rest of his pole vault teammates — he’s aiming to continue his track season and arrive with confidence in tow.

Editor's Note: Results of Saturday's competition were not available at press time.