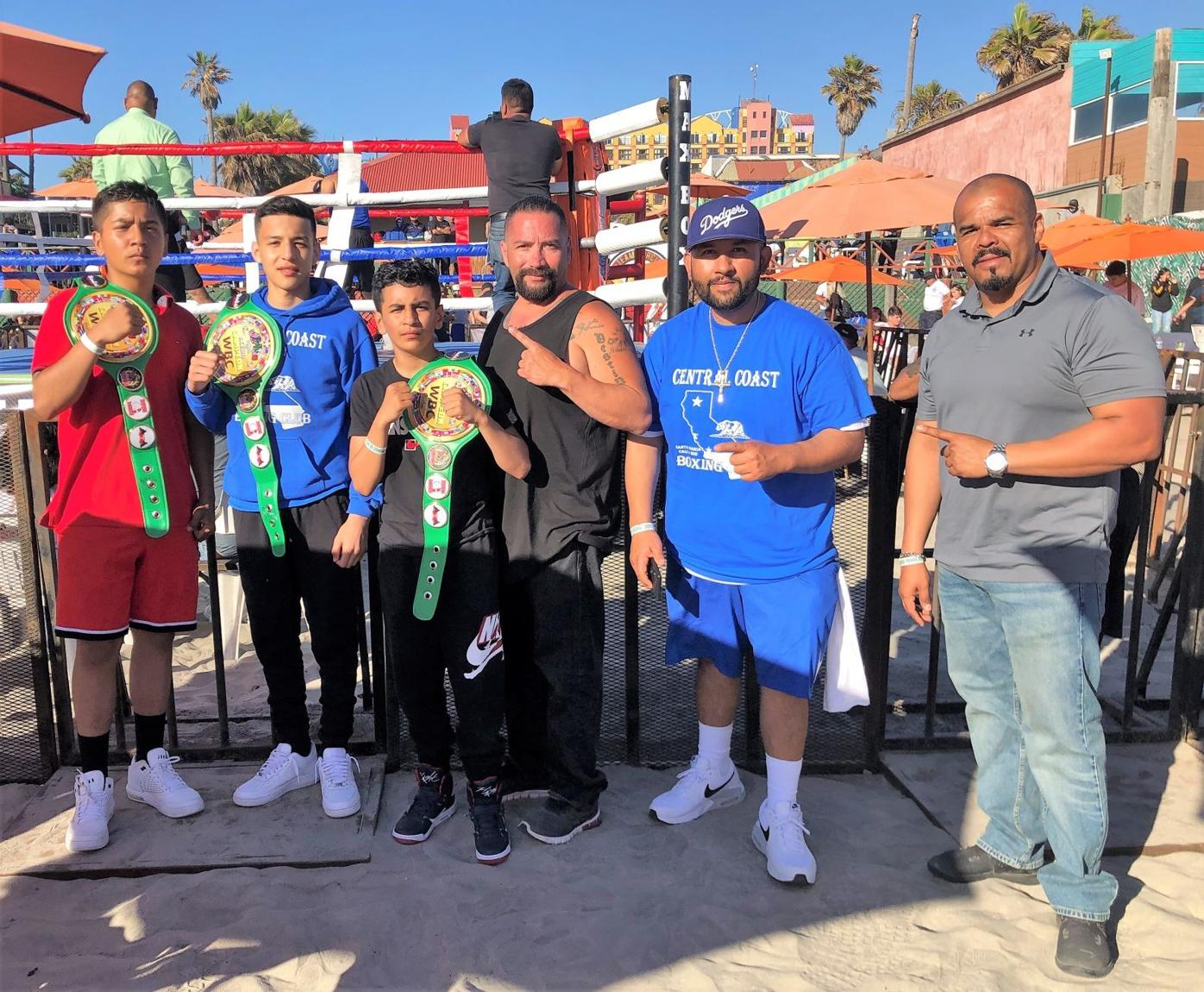 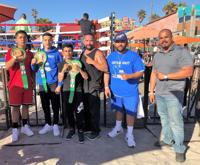 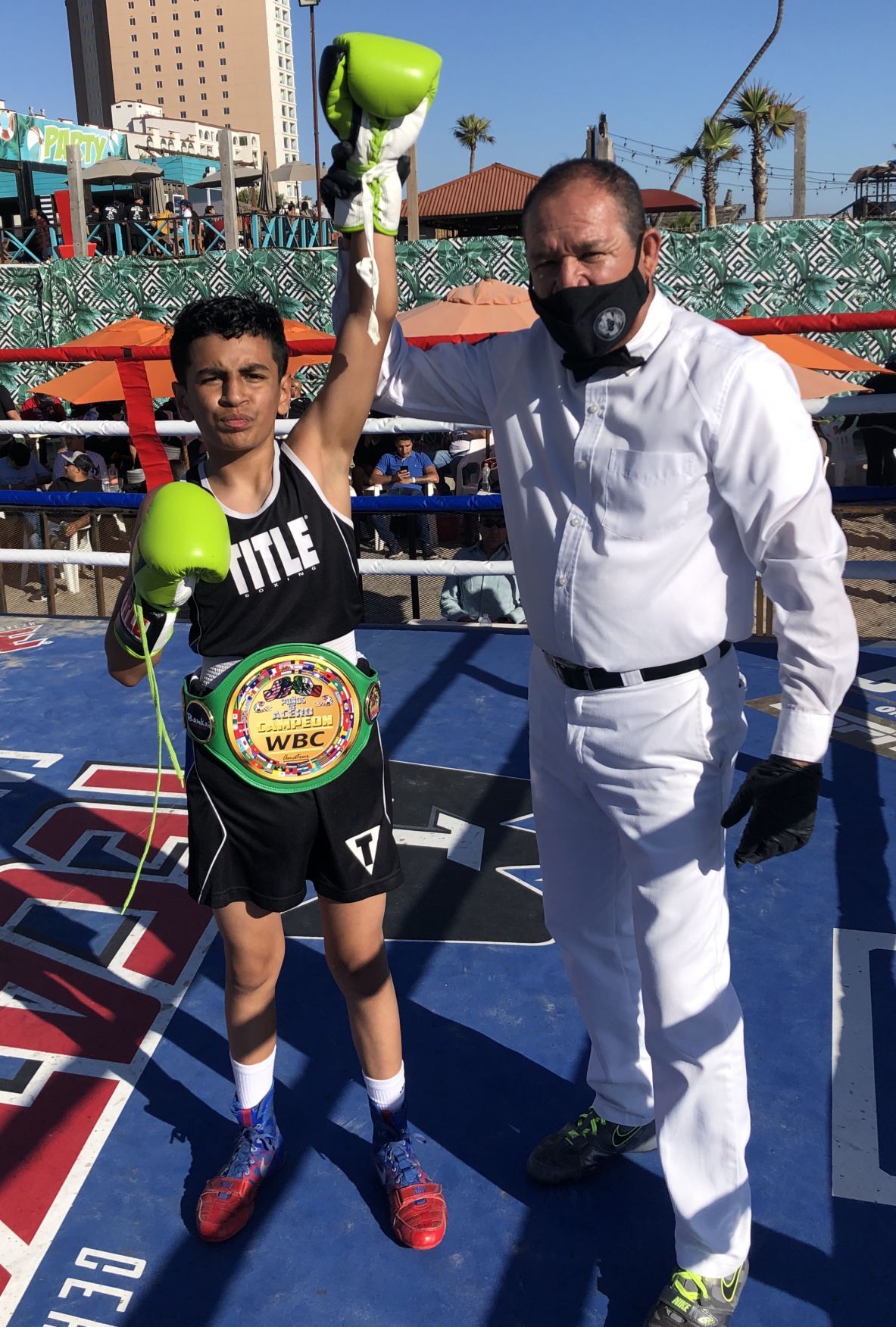 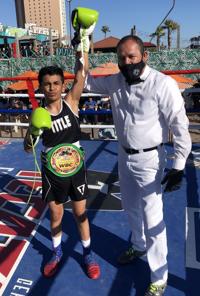 Osvaldo Gonzales won the 80-pound weight class to claim a WBC title at an event in Rosarito, Baja California, Mexico. 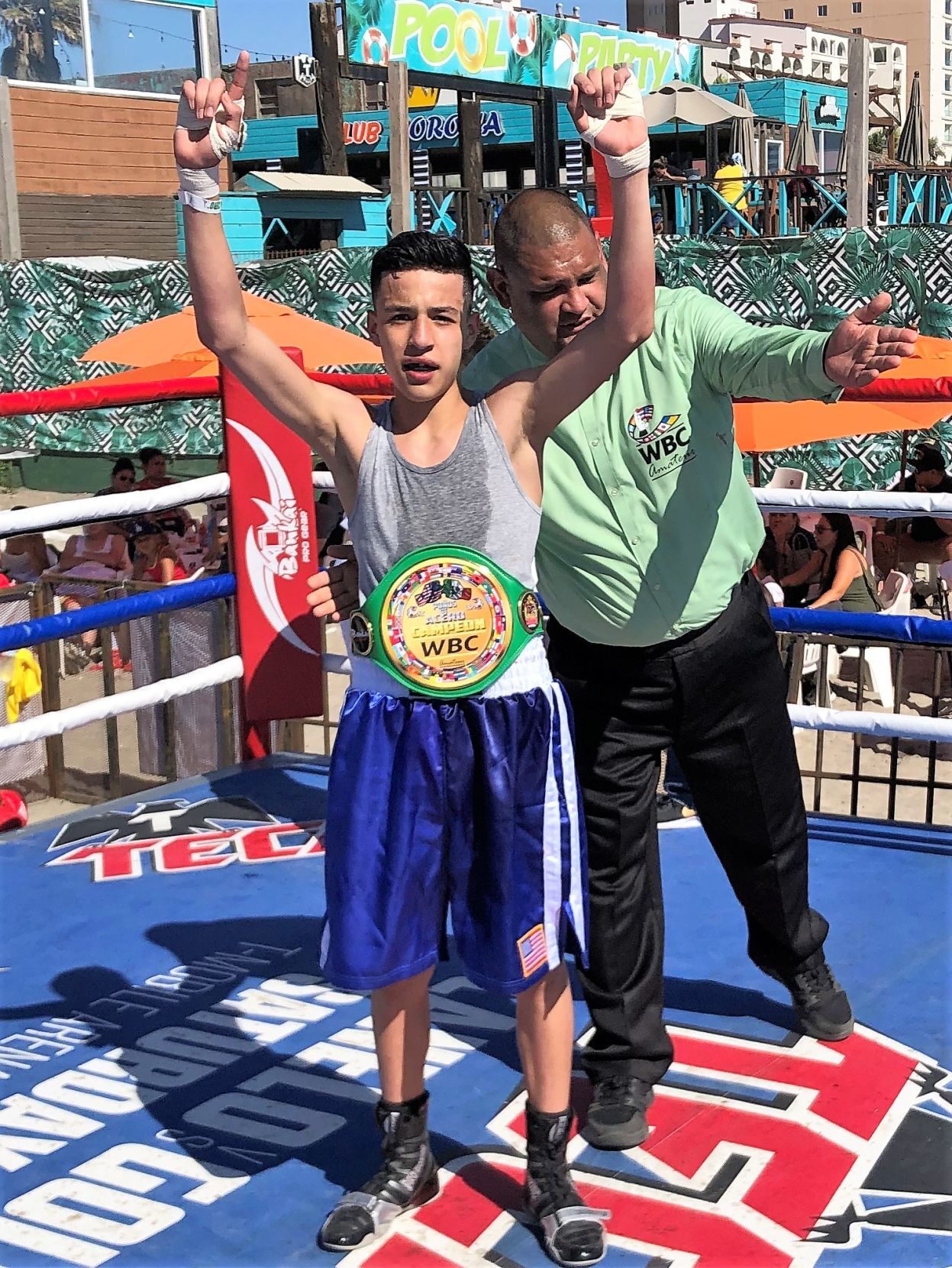 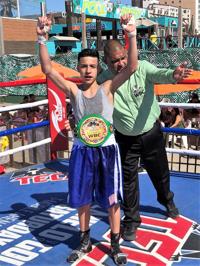 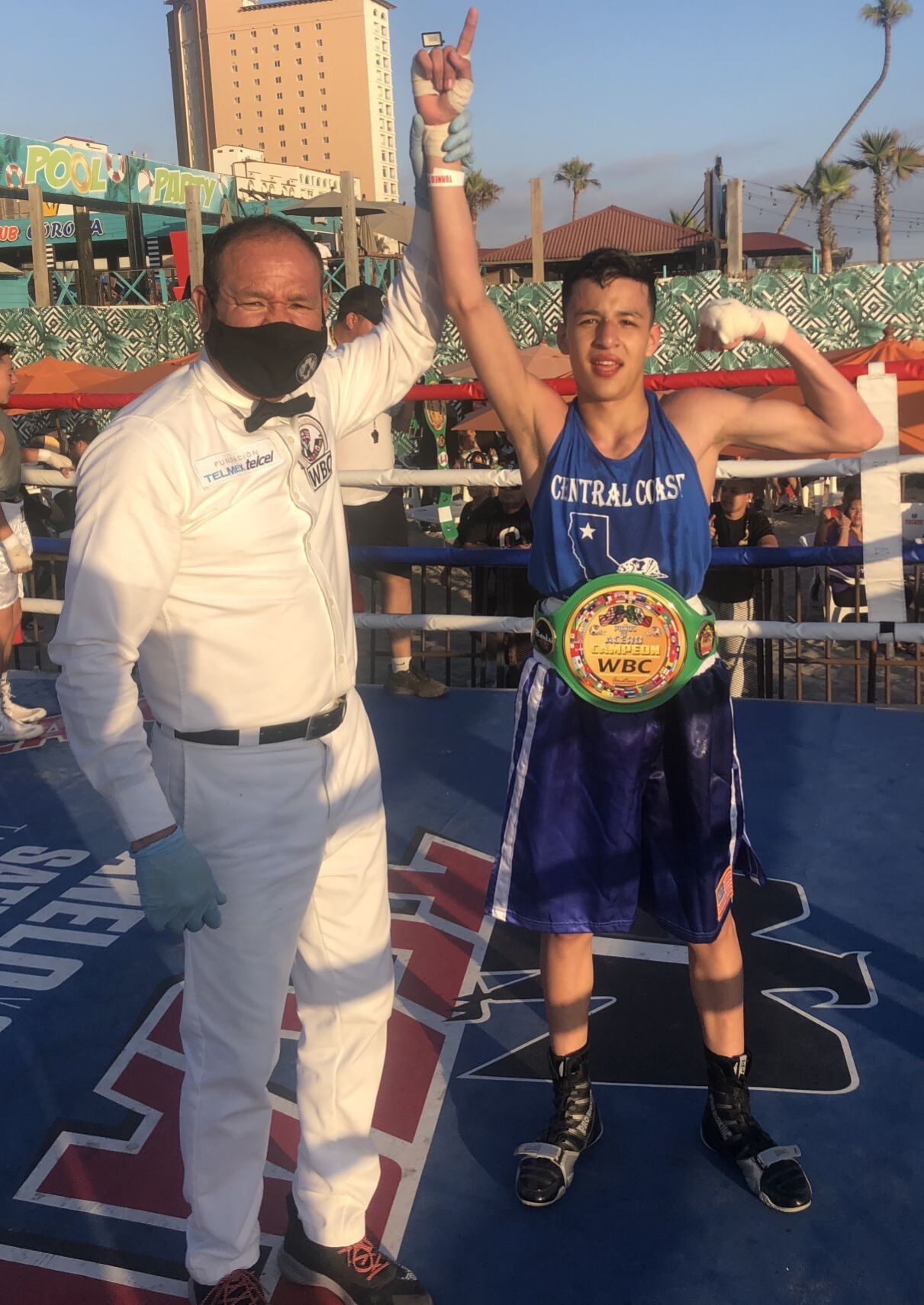 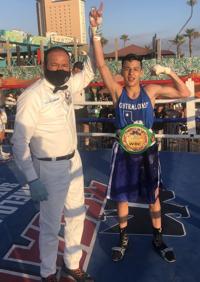 William Funes won the 101-pound weight class to claim a WBC title at an event in Rosarito, Baja California, Mexico.

Osvaldo Gonzales won the 80-pound weight class to claim a WBC title at an event in Rosarito, Baja California, Mexico.

William Funes won the 101-pound weight class to claim a WBC title at an event in Rosarito, Baja California, Mexico.

They each earned a World Boxing Council (WBC) age group title in Mexico as a reward.

The CCB gym on Oak Street in Santa Maria re-opened June 15, the same day the state economy opened back up. That same night, Funes, and Armando and Osvaldo Gonzales went back in and trained with gusto, Carlos Ruiz, who runs the Central Coast Boxing Club, said.

"It took a little while, but with the support of the trainers, the coaches, the other (Central Coast Boxing) fighters, I was able to get back into full boxing shape," said Funes, 14.

"All three off these boys have been training three-to-four hours a day for the last three years," said Ruiz.

Funes, Armando Gonzalez, 15, and Armando's brother Osvaldo, 12, all went 2-0 and took age group weight class titles at a U.S. vs. Mexico event in Rosarito, a city in the state of Baja, Mexico, the weekend of June 25-26

All three went 2-0 at the Rosarito event. Armando Gonzales competed at 145 pounds, Osvaldo Gonzales boxed at 80 pounds and Funes fought at 101 pounds. All three live in Santa Maria.

The older Gonzales brother said, "My first fight was hard because the (opposing) fighter was strong. I won that by decision.

"The second one, my dad wanted me to end it quick because I felt strong. I won by TKO (technical knockout) in the first minute."

Osvaldo Gonzales won his first fight by decision and the second by knockout. Funes won both his bouts by decision, 3-0 and 2-1.

"The one-two (punches) worked best for me," said Funes. "First I went for the body, then I worked my way up," to the head.

"The combinations worked best for me," said Osvaldo Gonzales.

Armando Gonzales will be a junior at Pioneer valley High School in the 2021-22 school year. He said the setting for the fights was "really cool."

The 15-year-old said, "The ring was on the beach sand, with the ocean right nearby."

With the gym on Oak Street closed, the three CCB boxers said they kept busy by running and working out on an outdoor speed bag.

Those three are among the eight CCB members Ruiz will be taking to a U.S. vs. Mexico WBC event that will take place in Mexicali July 17. The others are Justin Navarro, 13, Alisson Mata, 12, Alexander Sandoval, 9, Icek Cruz, 14, and Icek's sister, Keyla Cruz, 10.

"The promoters of the (Mexicali) event thought so much of (Funes, and Armando and Osvaldo Gonzales) that he put them on a poster promoting the event," said Ruiz.

Also, "During the fights those three are in, we get to work out of the A" corner, the best corner," Ruiz said. "That was really nice of (the promoters). We usually have to work out of the "B" corner because we're from the U.S. side."