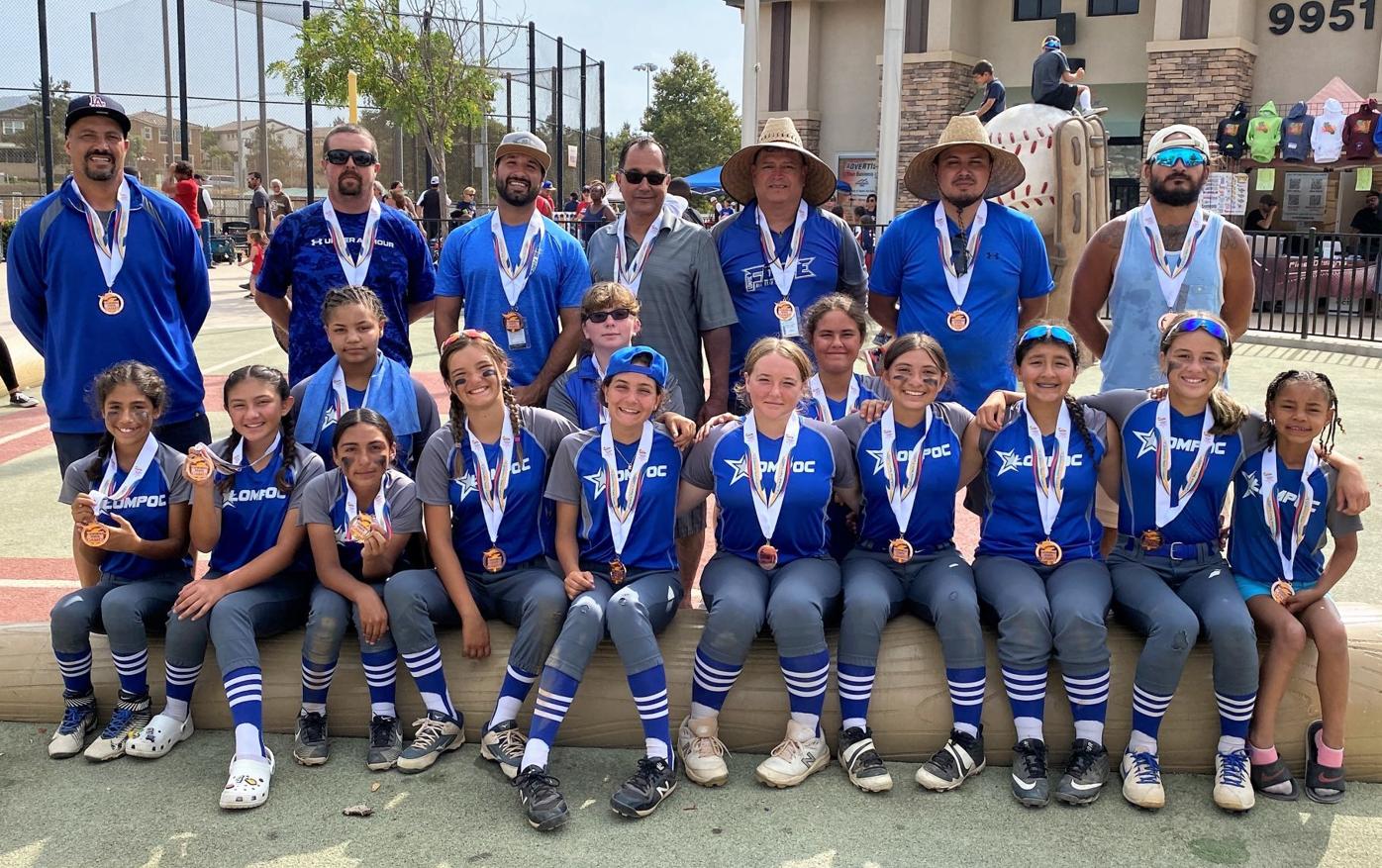 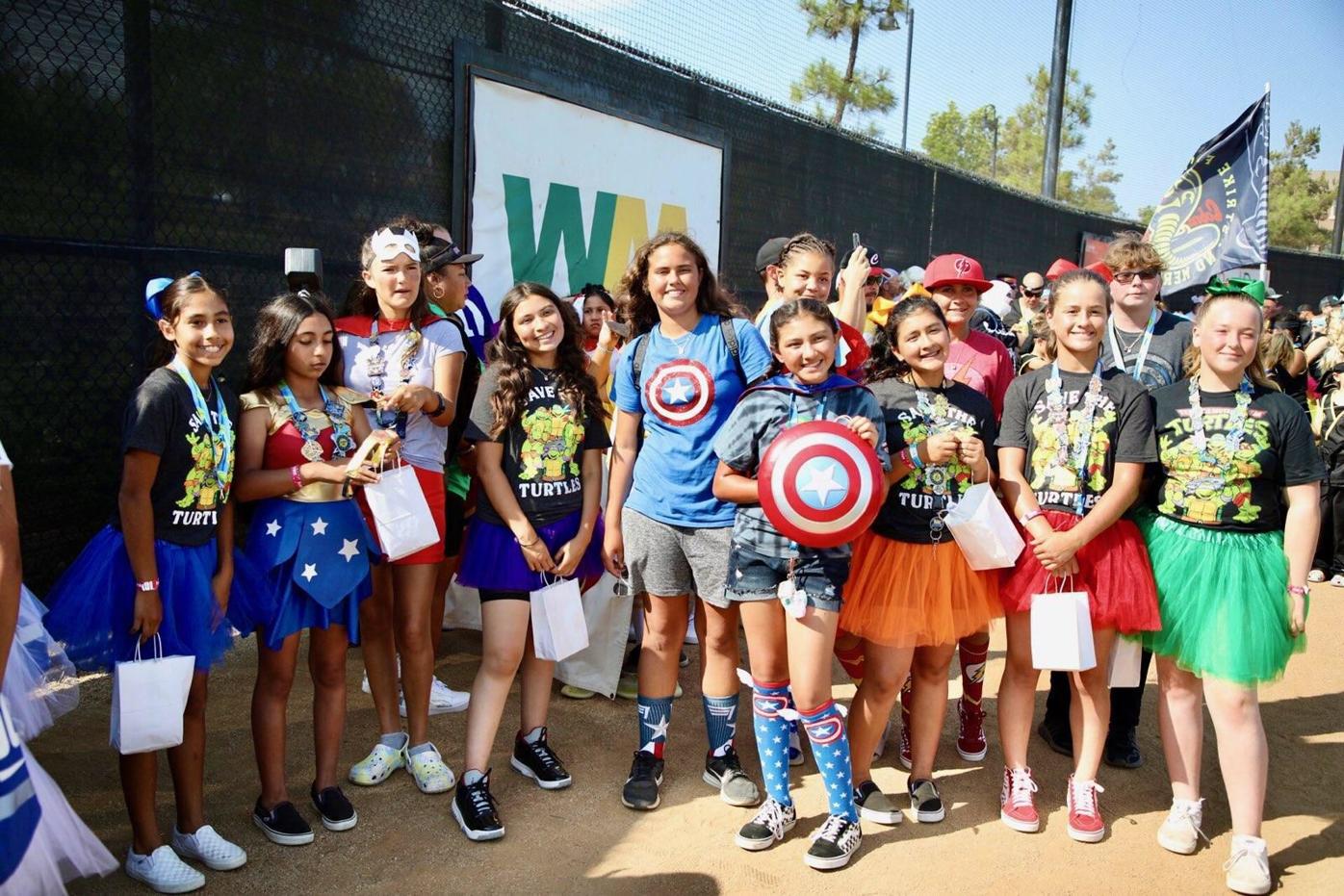 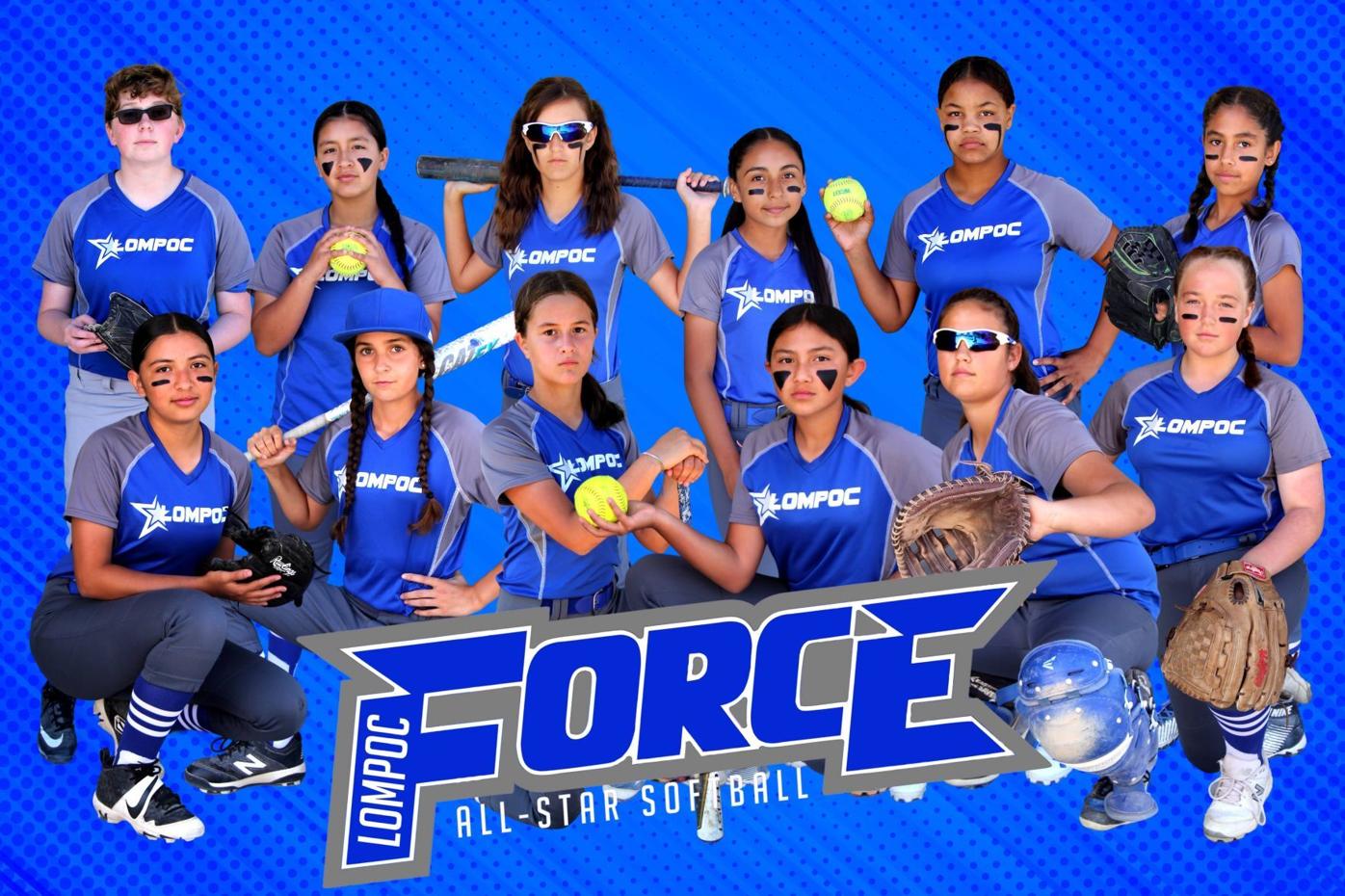 The Lompoc Force 12U softball team made a bit of history in San Diego.

The Force finished third in the Cal State Games/Junior Olympics age group tournament that took place July 23 and 24. That was the highest finish for an "Lompoc Girls Softball Association team at the state games,” said Bree Jansen.

The team is comprised of players ages 11-13. Bree Jansen said that all of the players will be entering the seventh or eighth grades during this coming school year and that all hail from the Lompoc Valley The Force went 3-1 during the tournament and went out in the semifinals, losing 9-0 to the FV All-Stars.

Colleen Smith handled the bulk of the tournament pitching for the Lompoc squad. The Force won its pool, defeating Seaside 12U 8-3, edged West Garden Grove 1-0 and beat the San Mateo Slammers 8-4 before falling in the semifinals. Bree Jansen said Braylin Martinez was a particularly productive hitter for the Force during the tourney.

Katie Springer snapped a 3-all tie in the Force’s opener with an RBI groundout. Smith, who struck out six, helped herself by tripling in a run.

Bree Jansen said the state tourney was it for the Force this season.

“(The Lompoc Girls Softball Association) is typically a ‘B’ classification league, but because of COVID, we were a  a little smaller this year and were a ‘C’ League,” Bree Jansen said.

“The Nationals are for ‘A’ and ‘B’ Classification teams. (In the past) we usually sent an 8U team to the state tournament because we wanted them to get that experience. There are no Nationals for 8U teams.”

Bree Jansen said the Force played in three tournaments before the state games.

“Because of COVID, the All-Star team only practiced a week before the first tournament,” the Force played in. That was the Lompoc All-Star Tournament, which the Force won.

Bree Jansen, whose husband is on the LGSA Board of Directors, said the Force’s showing at the Cal State Games was a tribute to all involved.

“The work ethic among the players was excellent,” she said.

“These girls worked so hard. Only four of them had ever played All-Stars before. Eight were new.”

Bree Jensen said, “The players practiced every day. There was no drama from any players or parents. I’ve been around softball a long time as a parent and the team really improved from the first tournament to the last one.”

The tournament's professional division wrapped up competition Sunday after the amateur divisions played their rounds at the course last month. The amateur weekend played host to over 130 players and the professional weekend saw 130 more, per local disc golfer Newton Hemphill.