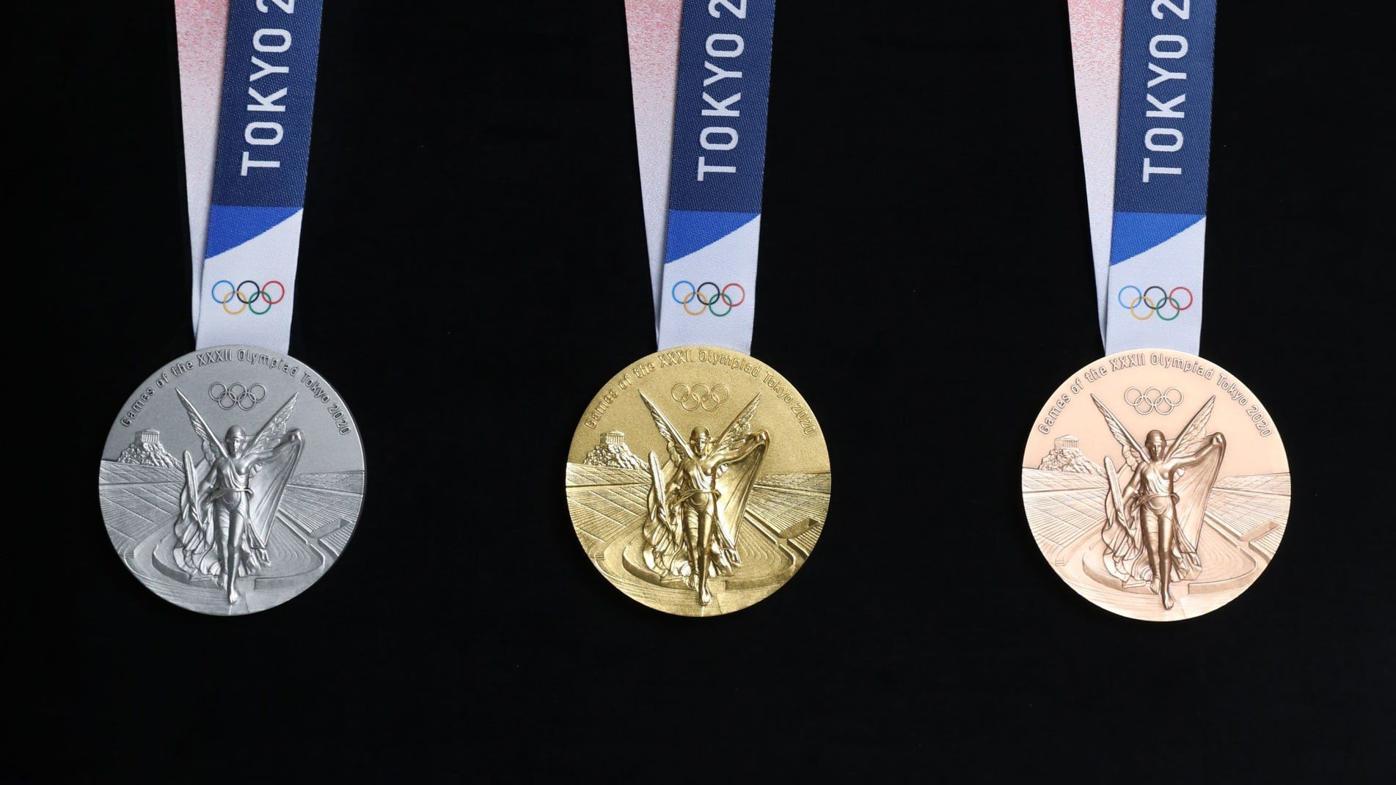 The medals feature an unusual design quirk. They will be made using old cellphones and other electronics. 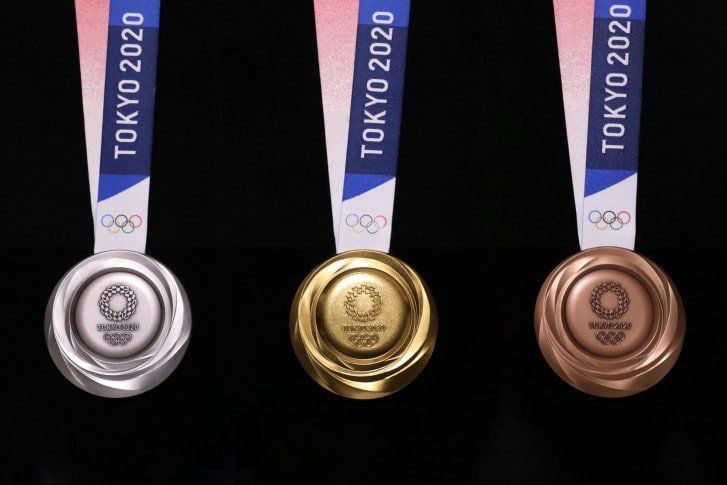 The medals' reverse face has a pebble-like appearance 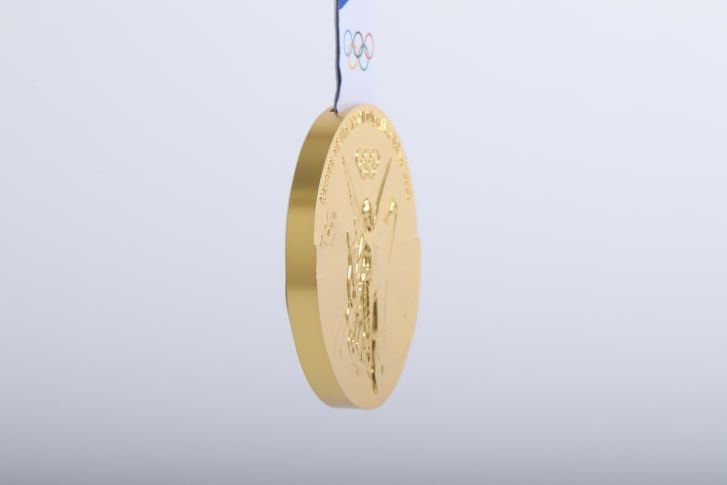 The medals will measure 12.1 millimeters at their thickest point. 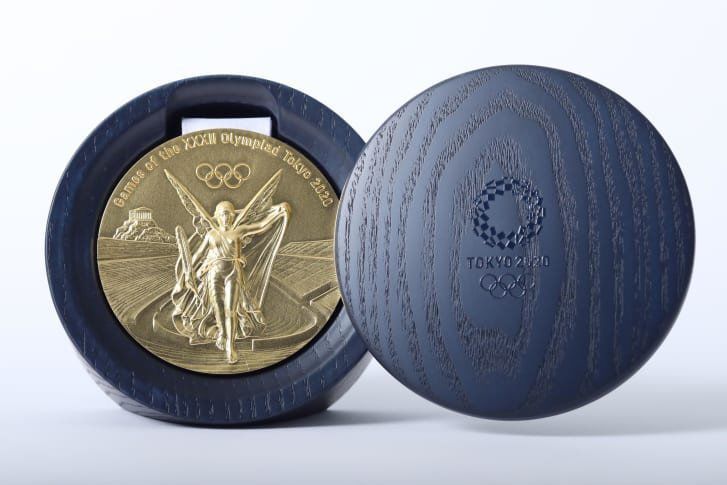 A circular medal case will be hand-crafted from Japanese ash wood.

The winners' medals for the Tokyo 2020 Olympics were revealed Wednesday, exactly one year before the event's opening ceremony. And they feature an unlikely design quirk: The medals will be made using old cell phones and other electronics.

Selected following a nationwide competition, the newly unveiled designs have a pebble-like appearance and will measure 8.5 centimeters in diameter. As in recent Olympics, the front face will feature an image of Nike, the Greek goddess of victory.

But unlike in previous years, all the medals will be produced from gold, silver and bronze (in this case, copper and zinc) that has been stripped from donated cell phones and other electronics.

In 2017, the Tokyo 2020 Organizing Committee launched its "Everyone's Medal" campaign, which called on citizens to donate devices that could be stripped of their constituent metals. The resulting medals will be presented at both the Olympics and Paralympics, which begin in July and August next year, respectively.

The medal was chosen from over 400 entries to a competition for design students and professional designers. Winner Junichi Kawanishi described the use of his proposal as a "great honor."

"I never dreamed that the design I submitted, only as a memorial to this lifetime event, would be actually selected," he said in a press statement. "With their shining rings, I hope the medals will be seen as paying tribute to the athletes' efforts, reflecting their glory and symbolizing friendship."

According to International Olympic Committee guidelines, silver medals must contain a minimum of a minimum of 92.5% silver, although Tokyo 2020's will be made of pure silver. Gold medals are, in fact, also made largely from silver, though they must each be plated with at least 6 grams of pure gold.

Approximately 5,000 of the medals will be produced for next summer's games, which mark the second time the Japanese capital has hosted the event.

Around 79,000 tons of used cell phones and other small electronic devices were collected by municipal authorities during the campaign, which ran from April 2017 to March of this year. More than 6 million used cell phones were handed in, with the Japanese phone operator NTT Docomo operating in-store collection points for customers' unwanted devices.

A circular medal case, made from Japanese ash, was also unveiled Wednesday. So too were the accompanying ribbons, which were inspired by traditional Japanese patterns and kimono-layering techniques.

"I am convinced that Japanese metal molding techniques and the superb design have combined well, and that we have the best medal in the world — one that we can be proud of," said the chair of Tokyo 2020's medal design selection panel, Ryohei Miyata, in a press statement. "There is also a beautiful balance between the design of the medals and their ribbons. It makes me want to strive for a medal myself."

Robots will be part of the 2020 Olympics experience in Tokyo