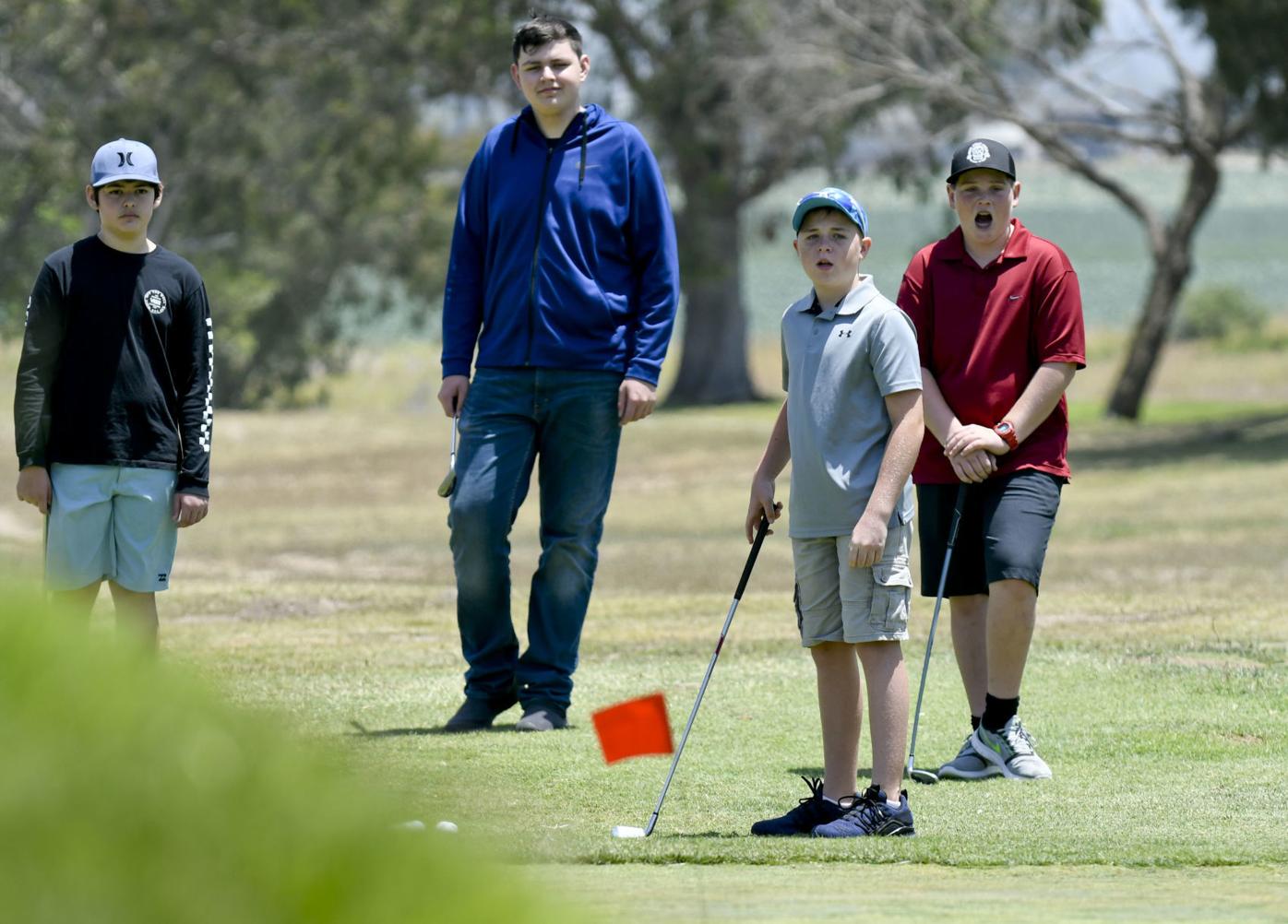 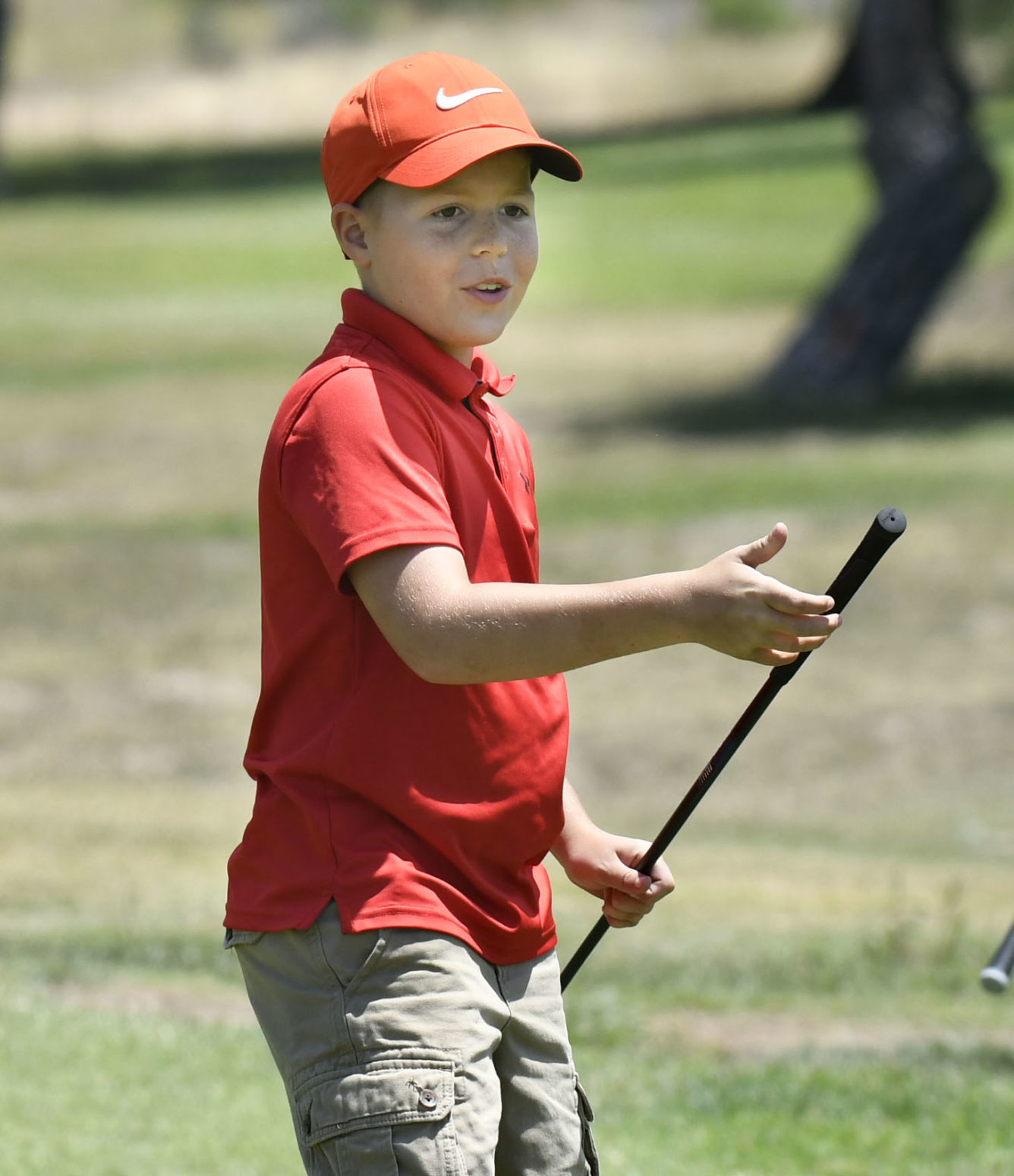 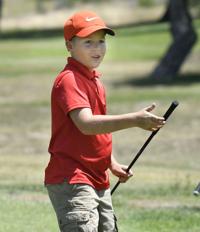 Travis Brockway watches his chip on during a Junior Golf Camp at Rancho Maria Golf Course. 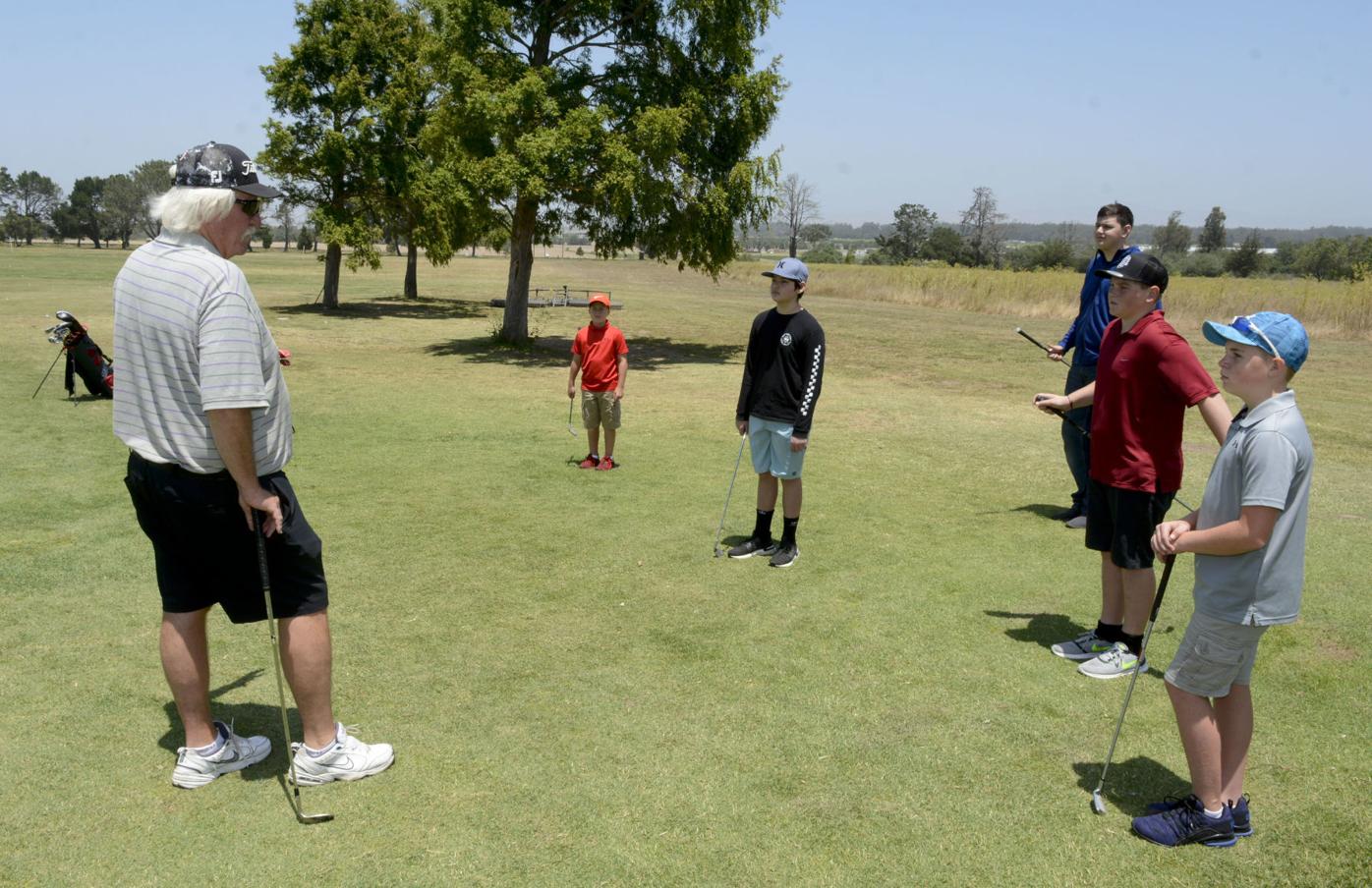 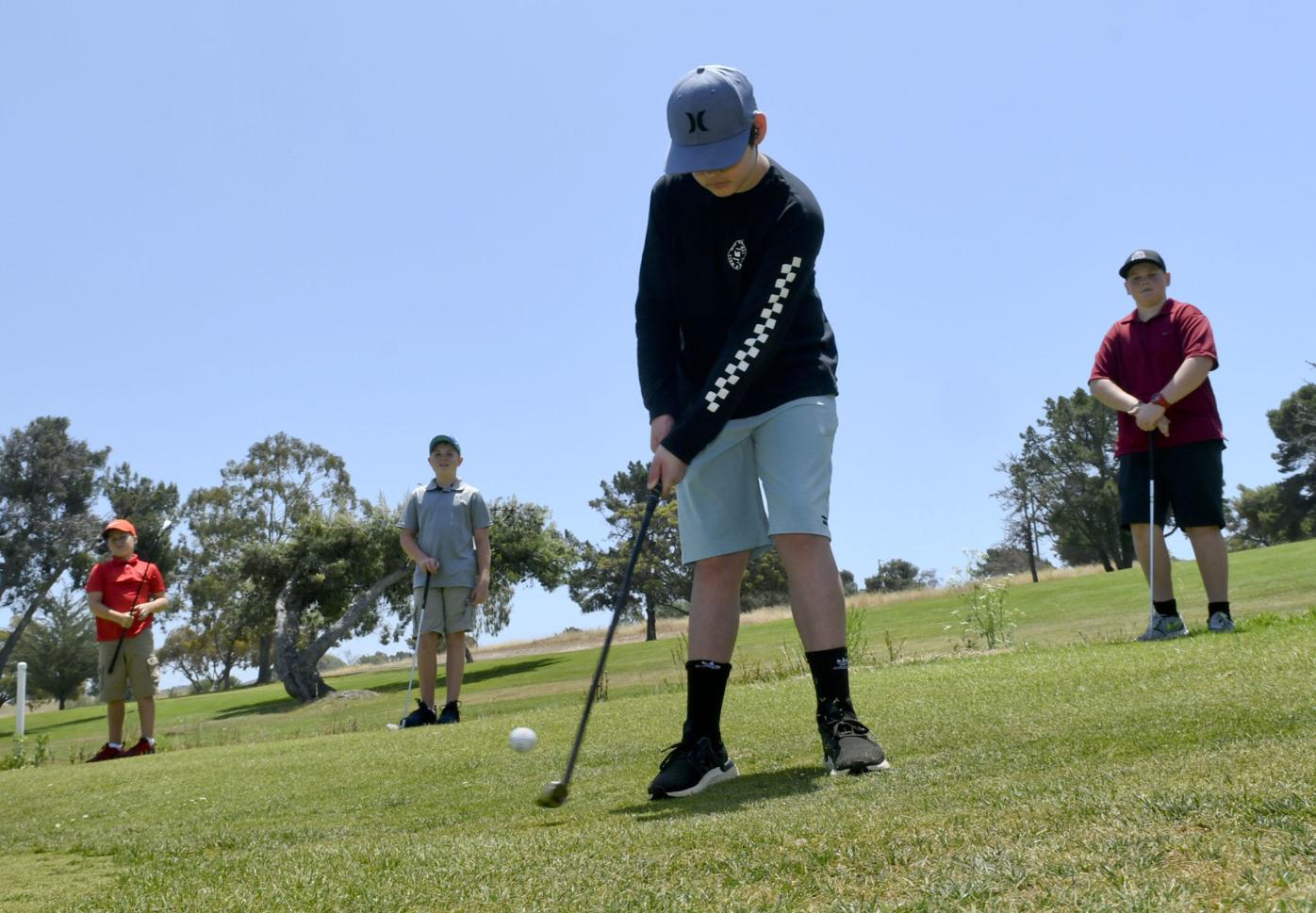 Gianni Hern chips on to a practice green at Rancho Maria Golf Course during a Junior Golf Camp. 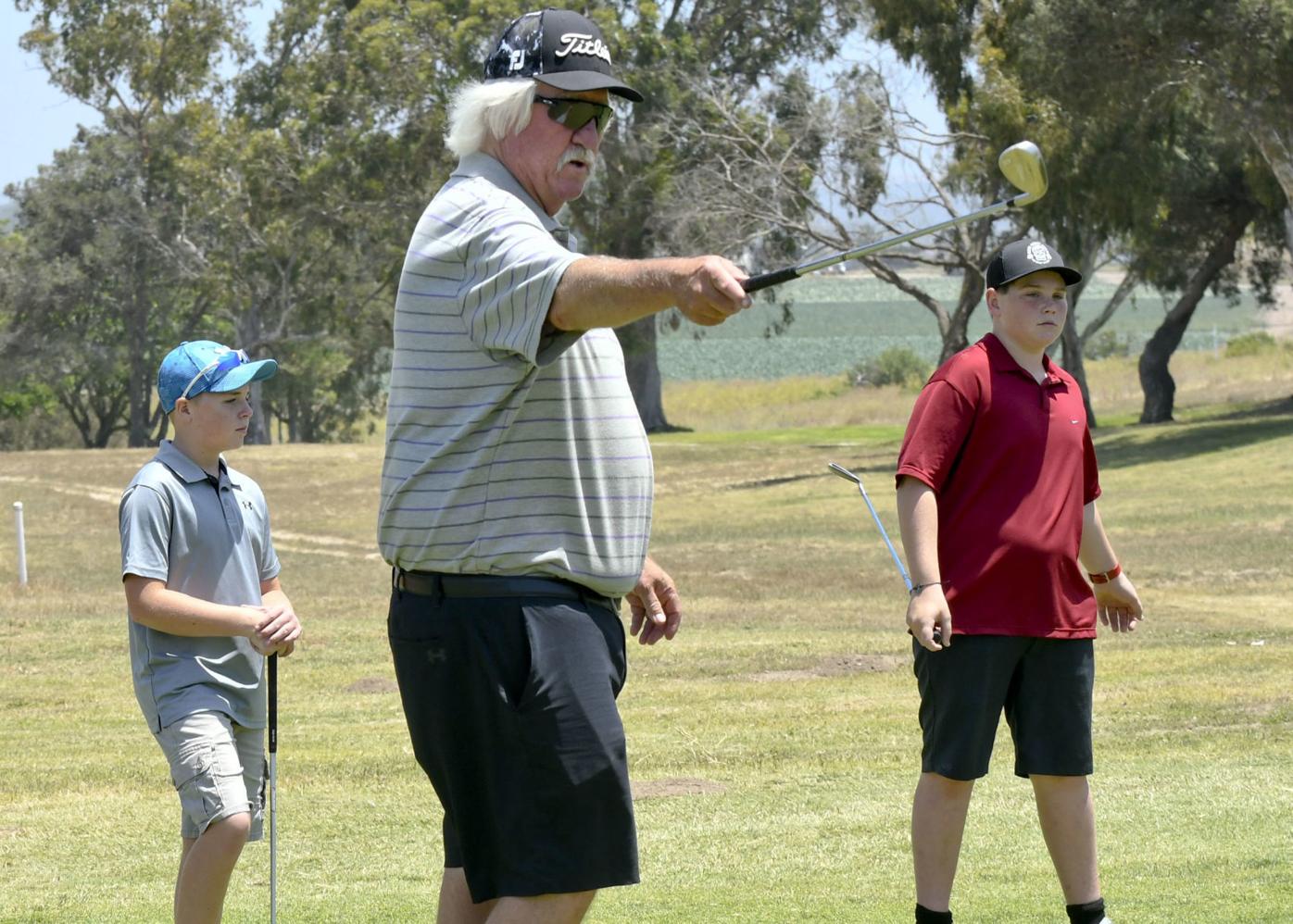 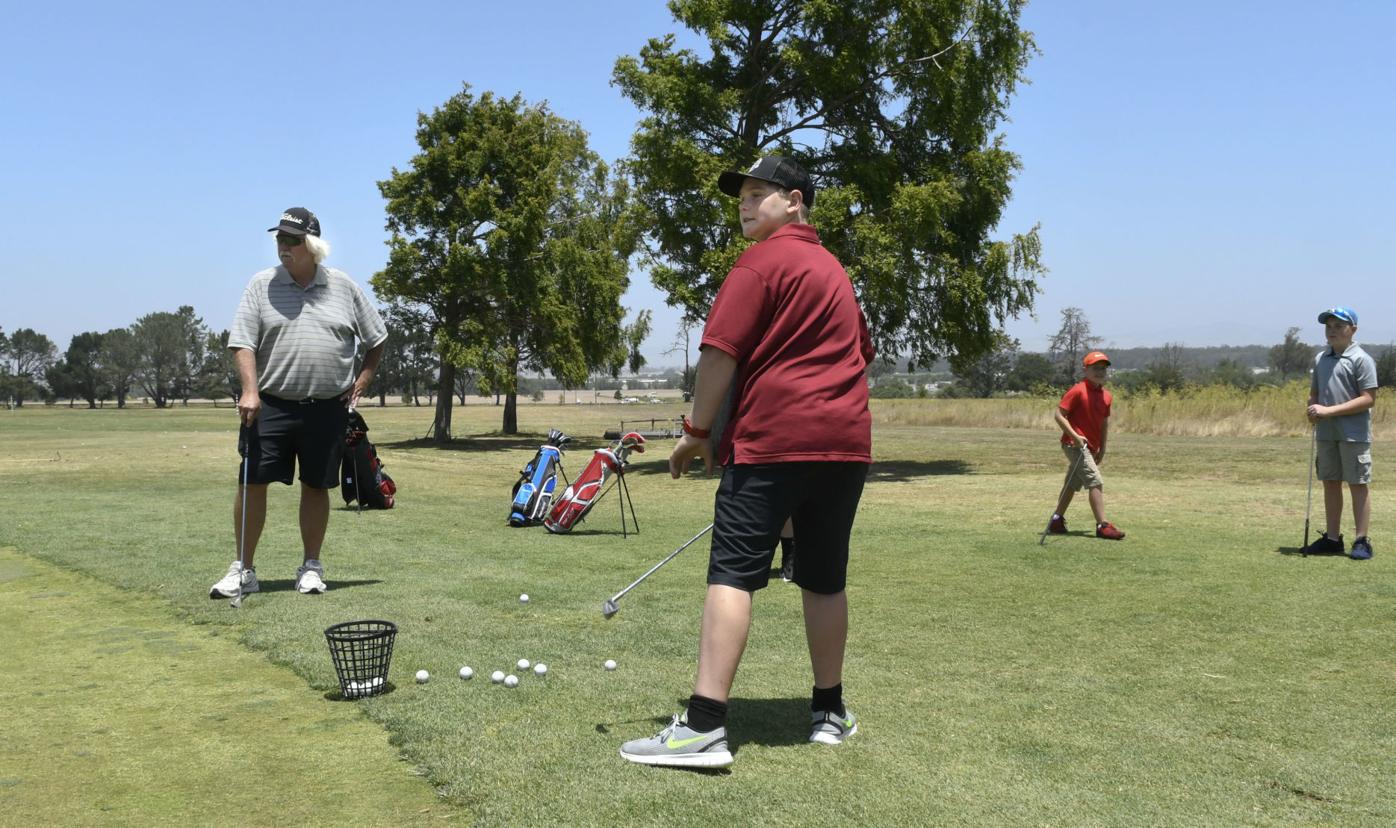 Kyle Long chips onto a practice green as instructor John McComish, left, and others watch during a Junior Golf Camp at Rancho Maria Golf Course.

Travis Brockway watches his chip on during a Junior Golf Camp at Rancho Maria Golf Course.

Gianni Hern chips on to a practice green at Rancho Maria Golf Course during a Junior Golf Camp.

Kyle Long chips onto a practice green as instructor John McComish, left, and others watch during a Junior Golf Camp at Rancho Maria Golf Course.

John McComish and his five young golf students have been relishing, well, simply doing some golfing.

Because of the COVID-19 pandemic, California governor Gavin Newsom issued a shelter-in-place directive in March. Restrictions have gradually eased, and golf courses were among the first area mass-use facilities that re-opened to the public.

After doing distance learning at home once the schools closed statewide in March and with outside activities somewhat limited because of pandemic-related distancing concerns,  "It's been a lot of fun just getting out of the house," Santa Maria resident Ayden Brockway, 12, said.

The sports staff at the Santa Maria Times, Lompoc Record and Santa Ynez Valley News is looking for the top football player from Northern Santa…

He spoke during a break in instruction Wednesday at the first of a series of social distance-monitored Junior Golf Camps McComish is overseeing at Rancho Maria Golf Club.

McComish, who lives in Santa Maria, said he played on the PGA Tour for five years. He said he has been running these camps for several years.

Barnhart is going pro. The flamethrower signed with the Rays on Friday in Tampa Bay, solidifying his baseball future.

"Last year we had four camps and over 100 kids," said McComish.

"This year of course, because of COVID, there are less kids but I'm happy with the turnout. We have 14 kids registered for the (June 29-July 2) camp session."

As his students practiced their chip-to-green shots, with clearly delineated distance markers for the golfers, McComish said, "This is great, just to get out in the open area with the breeze blowing, where the virus isn't as dangerous.

Our Central Coast Classic today looks at VCA's 2014 girls basketball championship, culminating with a win over Shalhevet at Oxnard College.

"Look at all this," he said, gesturing toward the spacious course. There were plenty of golfers out on the course Wednesday, but spacing was abundantly easy. Much of the course was unoccupied.

Ayden Brockway said that he has been playing golf "for about a year now. I just got my clubs two Christmases ago.

His brother, Travis Brockway, 10, was also at the camp. He said he has also played golf for about a year and was at the camp last year as well.

Camper Kyle Long, 14, said he is a first-time golfer.

"It's definitely nice to get out of the house."

"That's it, Austin!," he called out to one after a well-struck chip shot. "Good job!"

McComish said to another, "Remember, you need to bring the club around like a pendulum. You brought it around a little too fast at the front end. That's all right."

He praised the modifications Rancho Maria staff have made during the pandemic.

"Everyone has their own cart," he said. "They've put fuzz in the holes, so the ball drops in but you can just reach in and get it. They've taken all the ball washers out. Nothing that anyone else (other than a single golfer) touches is out here."

Area athletes have been pulling in scholarship offers to continue their football careers at the next level.

Central Coast Classic Series: We look back at some the biggest games in the area's history

With a little extra time on our hands, we are taking a look into the past of prep sports on the Central Coast. Our sports staff has been going…

"I want to pursue basketball. I'll try to walk on to the Naval Academy prep school team as a power forward.” The 6-foot-1 Lopez played center at Orcutt Academy.