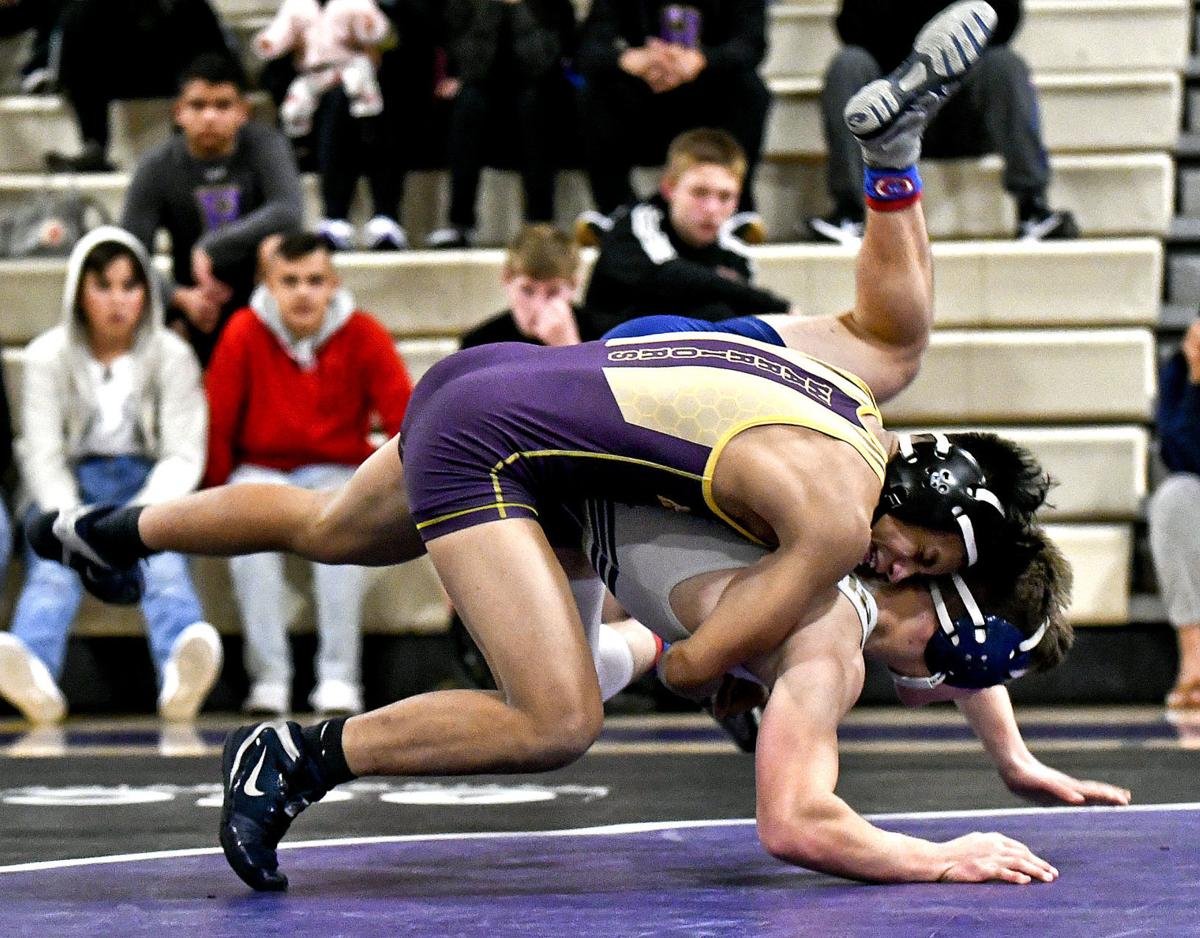 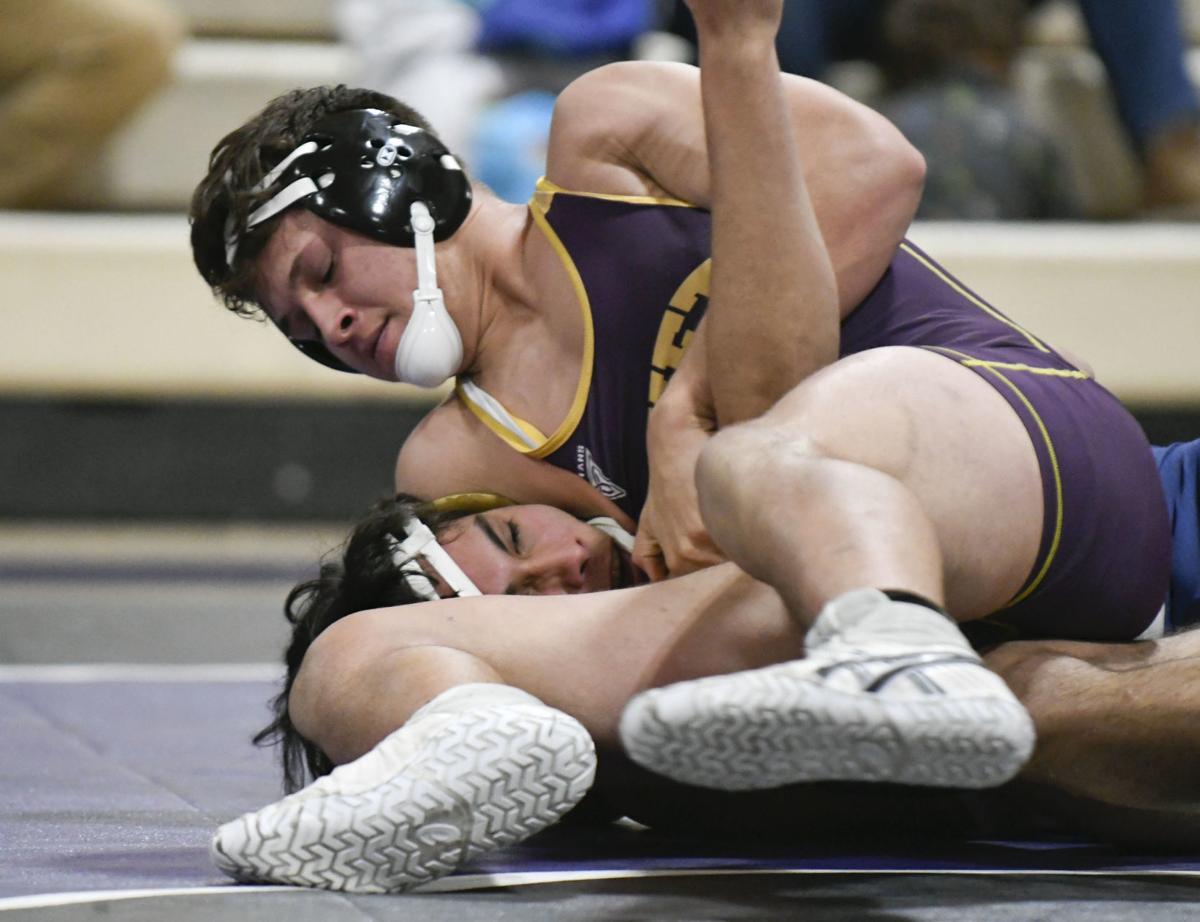 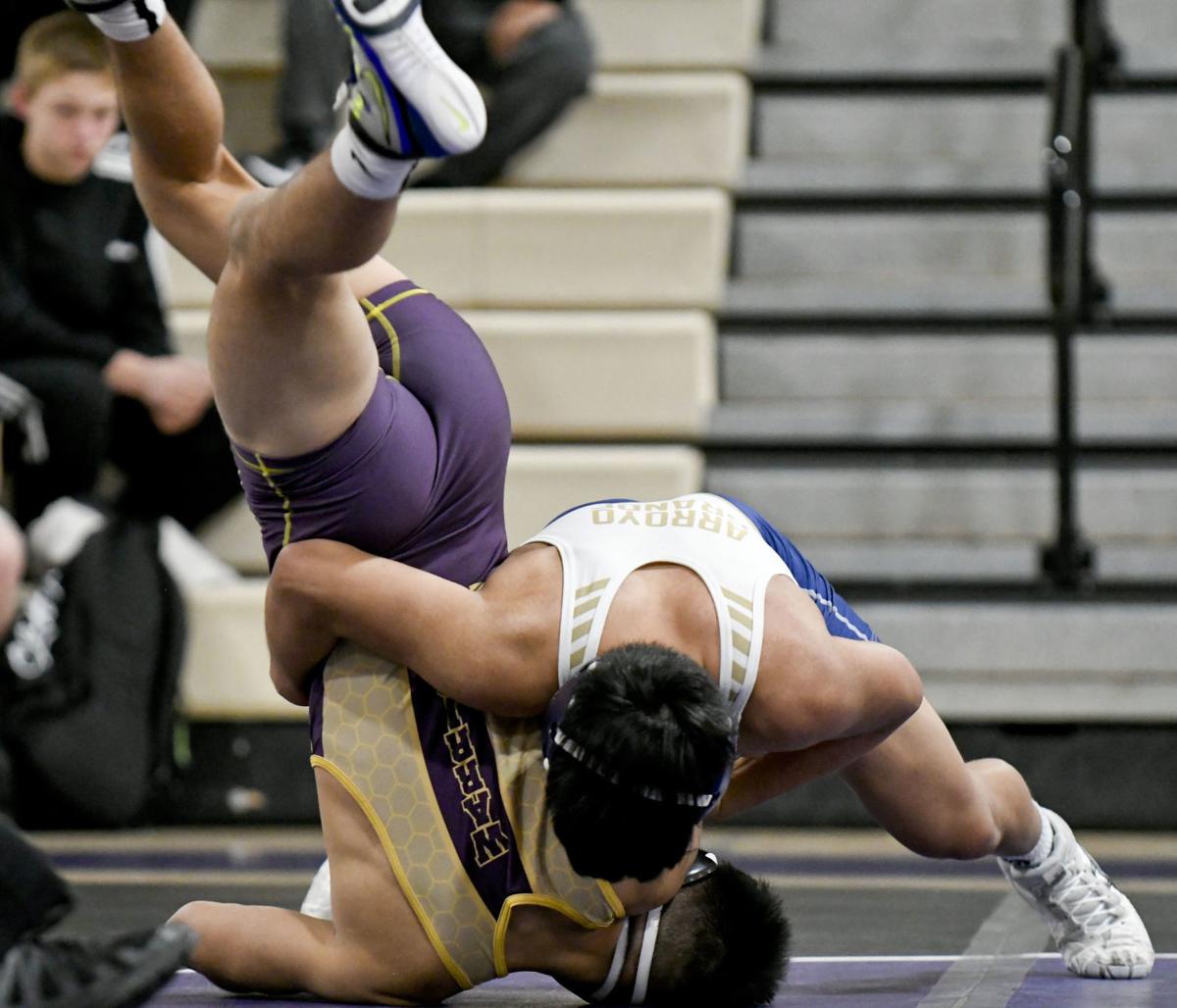 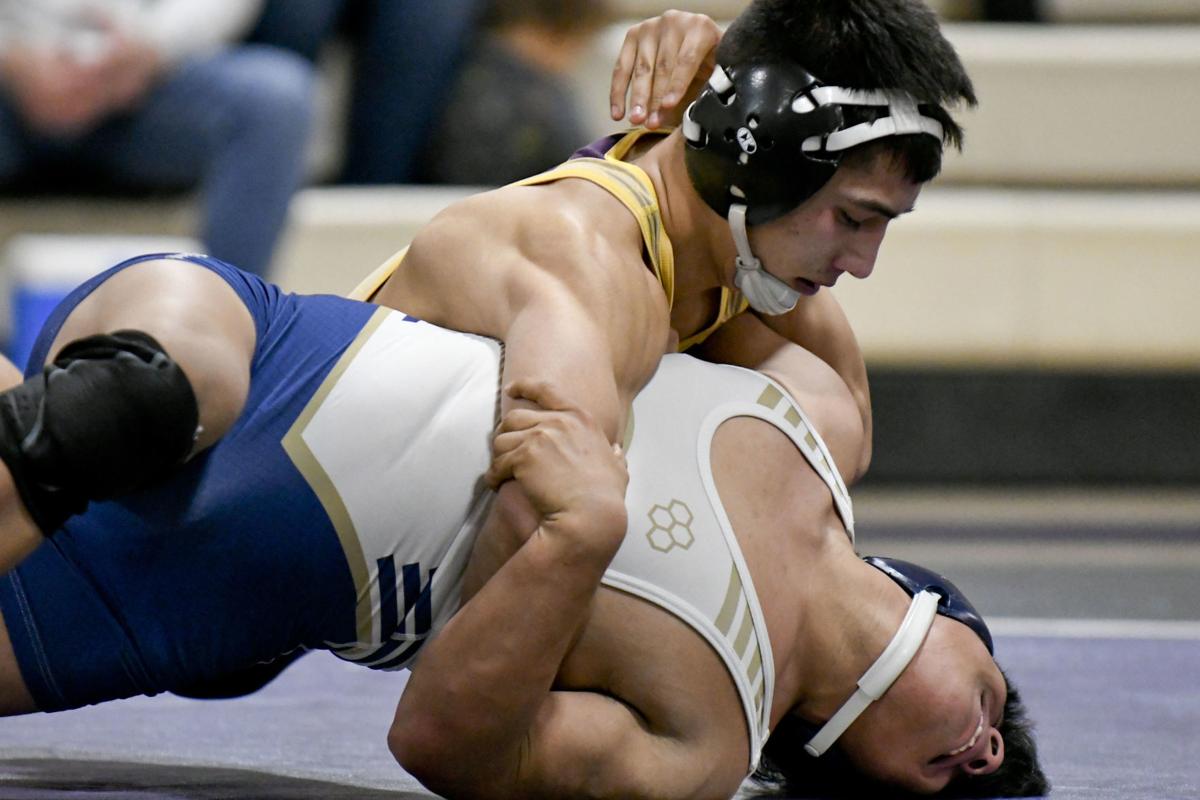 The two squared off in a Mountain League dual match at Righetti Wednesday night, and the evening belonged almost exclusively to the 2019 Division 2 champs. The Warriors beat the Eagles in a 60-15 rout to run their dual meet record to 8-1.

Josh Brown, with a pin at the 1:08 mark of the second period in the 287-pound match, mathematically clinched the match for the Warriors with three matches still remaining.

"(The Eagles) are strongest in the upper weights, and Josh winning (at 287 pounds) was really big for us," said Righetti coach Andrew Domingues.

Domingues had said earlier that he thought his squad's 2019-20 edition was better than the prior one because it had more depth across lower and upper weights.

He also didn't seem fazed by the Warriors being moved up to Division 1 this season, and his team did nothing Wednesday night to belie its coach's confidence.

The Warriors won eight of the 11 matches that took place — Righetti took forfeit wins in three weight classes — and six of them won by fall.

Actually, Domingues singled out his wrestler who won in overtime, Adrian Stout, for some particular praise.

"Adrian winning in overtime like that was really big," said Domingues.

Central Coast Power Rankings: See how we rate the top boys and girls hoops teams in the area

Stout took a 5-3 lead against Isaac May in the 186-pound match into the third period, but May tied it up with a two-point reversal to force overtime. Stout got a quick two-point takedown in overtime to win 7-5.

"Adrian winning in overtime and Josh getting a pin in (the 287-pound match ... those two guys getting wins like that really gets us going for a dual match," Domingues said.

Aiden Allen at 128 pounds, Aaron Ibarra at 134 and Jasun Bautista at 140 got the Warriors rolling. Each of them racked up a pin in the first three matches of the evening.

Zach Clyft, with a fall with 29.3 seconds left in the second period of the 174-pound match, and Mason Garcia, with a 7-0 decision at 197, earned the Eagles' other points.

Dominic Mendez, at 117 pounds, and Tyson Ecobedo, at 124, each racked up a pin for Righetti. Jeremy Oani won a 6-2 decision at 108 pounds. Julian Vea won by forfeit at 222 for Righetti's other points.

Righetti will wrestle at the CIT Tournament at Morro Bay High School Friday and Saturday.

The Tigers won seven of the 12 matches that took place and beat the Titans in a dual match.

Justin Burdick notched a fall at 183 pounds for Nipomo. Gabe Newsom won by major decision at 106 pounds, and Sam Requilme, Luis Carbajal and Cash Kimball all won by decision for the Titans.

Makennah Simonson put in 12 points for Nipomo. Leah Miller and Kacie Slover had 11 points each, and Honnalee Kennedy scored 10.

The Greyhounds edged the Spartans in an Ocean League game.

The Bulldogs (14-5, 1-2) snapped a two-game losing streak and earned their first Western State Conference North Division win of the season with an authoritative win over the Condors (2-13, 1-2) at Hancock's Joe White Memorial Gymnasium.

Cooper snared nine rebounds, Craver had eight and Searcy grabbed seven for the Bulldogs, who out-rebounded the Condors 43-25.

Hancock shot a whopping 36 free throws to Oxnard's five. After going 15-for-26 from the foul line in a loss to Ventura Saturday night, the Bulldogs made 30 of their 36 foul shots Wednesday night. The Condors made all five of theirs.

The Lompoc Valley teams both lost in Channel League games, Lompoc 71-61 to Dos Pueblos at home and Cabrillo 55-39 to Santa Barbara on the road. Lompoc dropped to 0-3 in the Channel League. Cabrillo is 2-1.

The sixth-seeded Mendez edged No. 3 Michael Torres of Oakdale 3-2 in the quarterfinals. Mendez will go against second-seeded Raymond Lopez of Clovis Buchanan Saturday in the semifinals.